New Tripawds members often ask, “Who’s Jerry?” Well… back in 1998, I was an abandoned six month old pound puppy, until my pawrents, Jim and René, took me home with them. 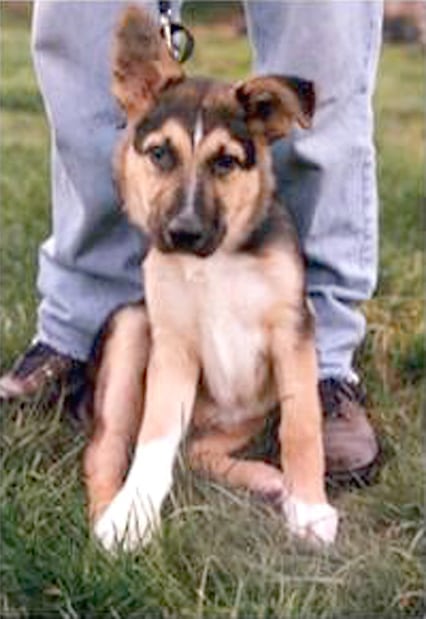 They had a  business in Eureka, California, and when I joined their pack, one thing was clear; they worked way too hard. So I nominated myself CFO (“Canine Fun Officer”) and made sure to take them hiking in the beautiful beaches and mountains where we lived, as much as pawsible.

I was an active, healthy dog who ate good foods and stayed fit. But in 2006, when I turned eight, my leg started hurting real bad after a backpacking trip.

Weeks went by while I tried to hide my pain until doctors found out why I was hurting; I had bone cancer, and my left front leg had to be amputated. 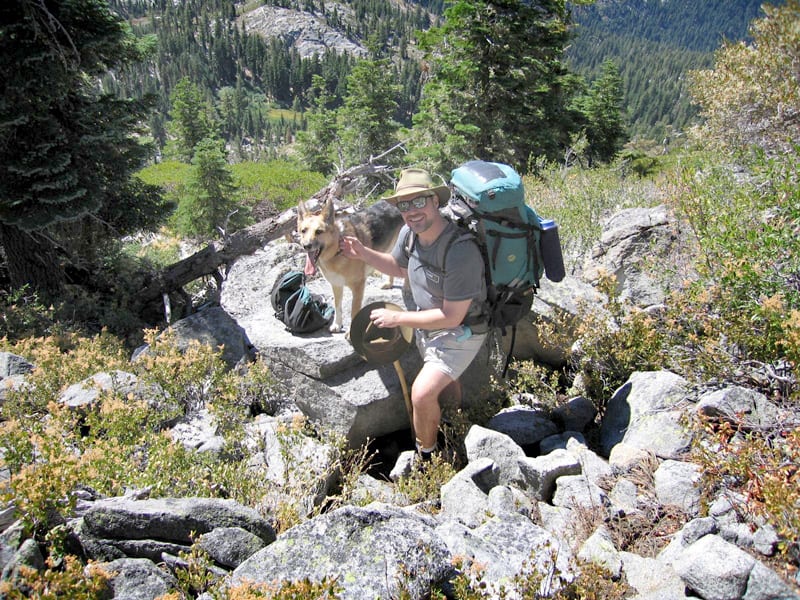 My pawrents were devastated. They didn’t know anything about amputation surgery, cancer, or tripod dogs. When doctors told Dad I was going to be a “Tripod,” he thought that was kinda mean. So Dad coined the spelling “Tripawd” because that’s what we are right? Three-pawed dogs!

Mom and Dad felt so scared and alone. They started blogging about our life and making movies of our adventures as a way to cope. That’s when Tripawds.com was born. 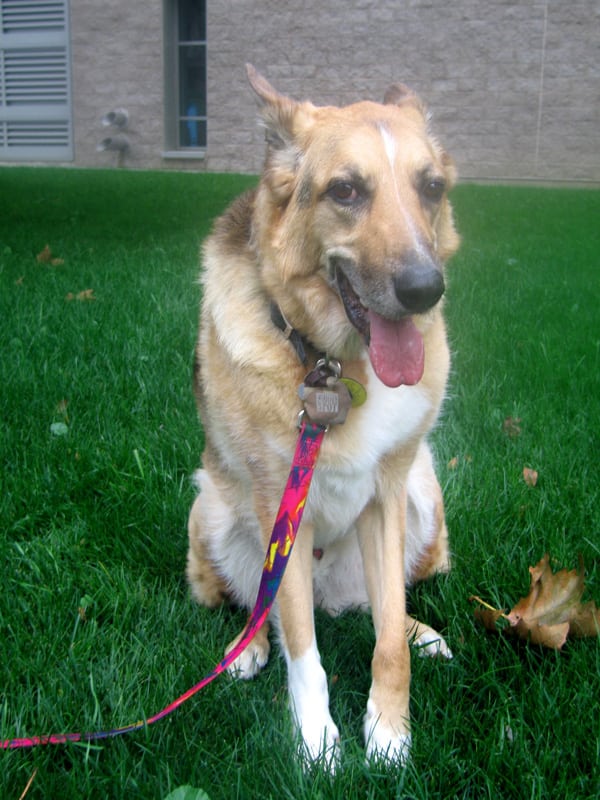 As for me, I just wanted to be out of pain. And on Thanksgiving Day, 2006, I got my wish. I became a Tripawd after the good docs at the University of California at Davis Vet Teaching Hospital took my leg off. That horrible pain was gone, and my lungs were free of metastasis, but doctors still only gave me about four months to live (osteosarcoma is a very fast-spreading disease).

Prognosis schmognosis, I just didn’t care about that. Remember, time means nothing to us dogs. We don’t even know how to tell time! Living for the moment is all that matters, so when I saw how upset my people were, I decided to show them how to really live! 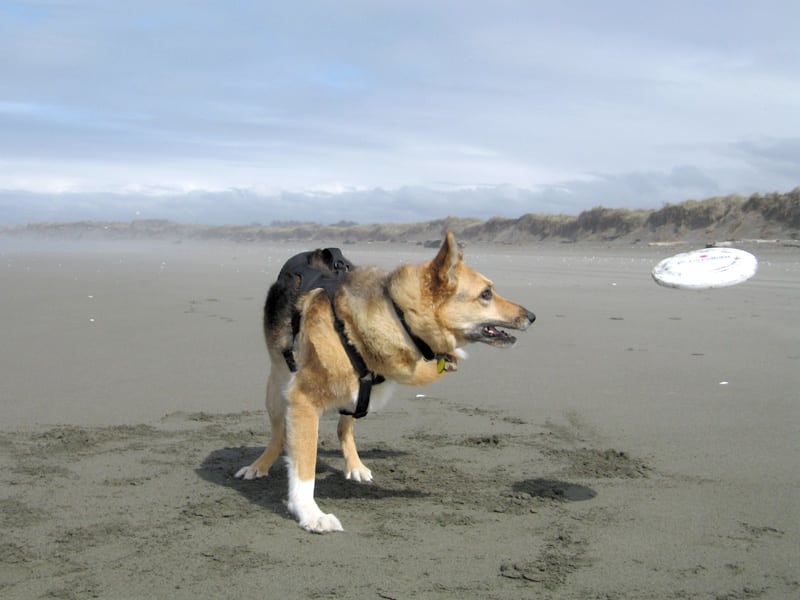 Once I healed up, I made them take me to play on the beach and out into the world again. I didn’t have chemotherapy, so instead I went on a super healthy diet and took lots of supplements.

Every day became a reason to celebrate one more day together. My parents were great students as they learned how to quit worrying about the future and instead focused on the here and now.

While nobody ever really knows how long we have on this earth, we all knew the facts: this type of nasty cancer would shorten my life. We didn’t want to waste any time, so Mom and Dad sold their business and almost everything they owned, bought a RV, and together we hit the road to see North America, together as a pack.

NOW! Read the full story in Be More Dog: Learning to Live in the Now 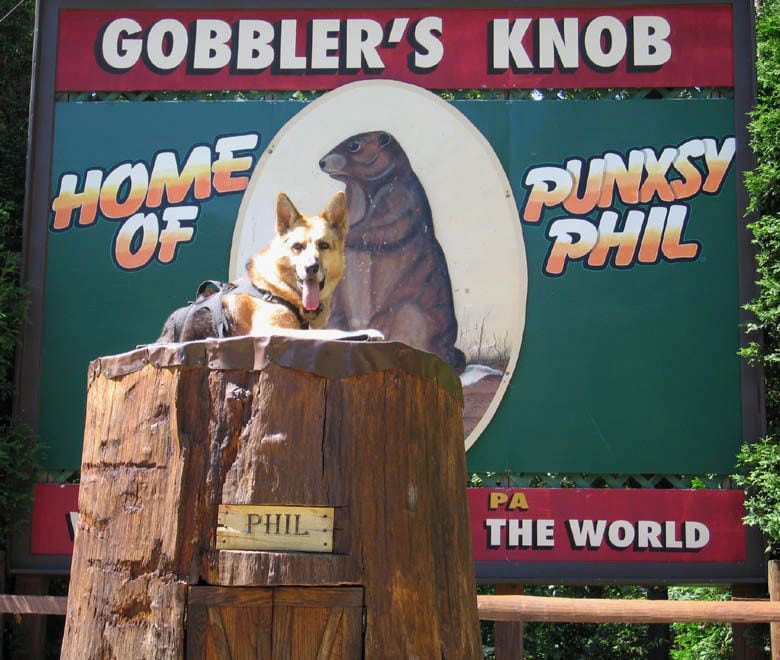 We started in June, 2007 and for two years we drove more than 30,000 miles around the country. We went coast to coast, and everywhere we went, I did my best to show people how awesome three legged dogs can be. I met so many other cool Tripawds and humans, and saw such neat places!

Together, we spread the word that “It’s better to hop on three legs than limp on four!” The more months that went by, the more we were amazed and grateful for how much extra time we had together. We were even featured on Public Television, in a PBS documentary called Nature: Why We Love Cats and Dogs.

While we traveled, Dad kept adding features to Tripawds, and before we knew it, we had over 1,000 members who found themselves in the same place, wondering if amputation was the right thing to do, and how they would cope. Some were facing cancer, some weren’t. But we all shared the fear of not knowing what living on three legs is really like. 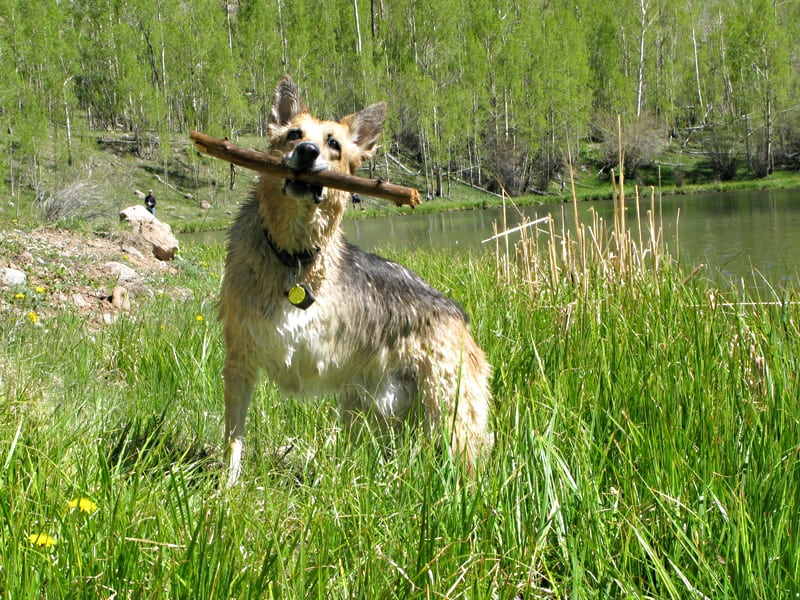 Once Dad added Discussion Forums to Tripawds, our pawesome community grew larger, and that’s when we realized that this community is indeed a special place, full of love and support from pawrents who understand the depth of caring that special humans have for their animal friends.

My pawrents and I had an incredible journey together for two great years, far longer than any statistics said I would live. But on October 3, 2008, two days after my tenth birthday, I earned my angel wings under beautiful Montana skies.

Despite our broken hearts, gradually we healed, and found beauty in the truth that the timeless bond we share goes far beyond our physical selves. We will always be together in our hearts.

Watch Jerry and his pack in Nature: Why We Love Cats And Dogs on PBS.

Tripawds: A Labor of Love

Although I no longer hop on this earth, my spirit lives on forever through this incredible community and the inspawrational tales, resources, movies and discussions of our two and three legged friends from around the globe. 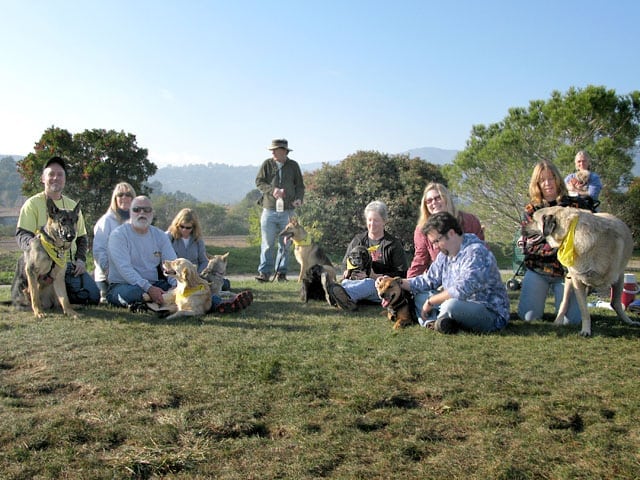 The Tripawds community has since turned into a volunteer labor of love for my Mom and Dad. This accidental project they started is now their life’s calling, and they hope that here you will find the strength to overcome any obstacles you are currently facing, and learn how to live a joyous, fun-filled life as a three legged Tripawd hero.

In October 2019, Tripawds Founders Rene and Jim published Be More Dog: Learning to Live in the Now. The story follows them from Jerry’s life as a rescue puppy through his cancer diagnosis and amputation, and along the way as he taught them valuable lessons on the road to happiness. 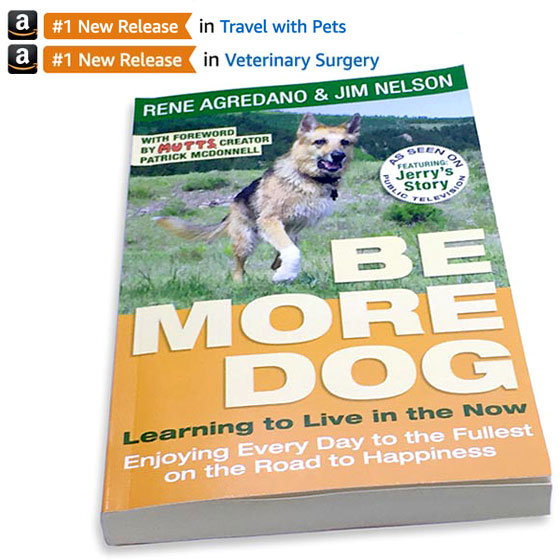 Be More Dog is the inspiring story of how one dog with terminal cancer led his people on a spiritual journey that turned their life around and opened their eyes to the importance of living in the Now.

Be More Dog is more than a memoir about a three-legged dog on an epic road trip. It is a mantra to live by, and this book is the guide. This heartwarming tale is filled with deep meaning. Through his actions and attitude in the face of adversity, Jerry shows Jim and Rene how important it is to live in the now—to persevere when the going gets tough, to never give up, and that every day is a great day, no matter what life throws your way.

Get $3 off the Be More Dog Gift Package with coupon code: BEMOREDOG

The Tripawds community has since grown to host more than 1,000 blogs and with 11,000+ members sharing their story. The blogs, forums live chat, toll-free Helpline and many more helpful resources remain free, thanks to your support of the Tripawds Foundation!

73 thoughts on “Jerry’s Story, How Tripawds Came To Be”