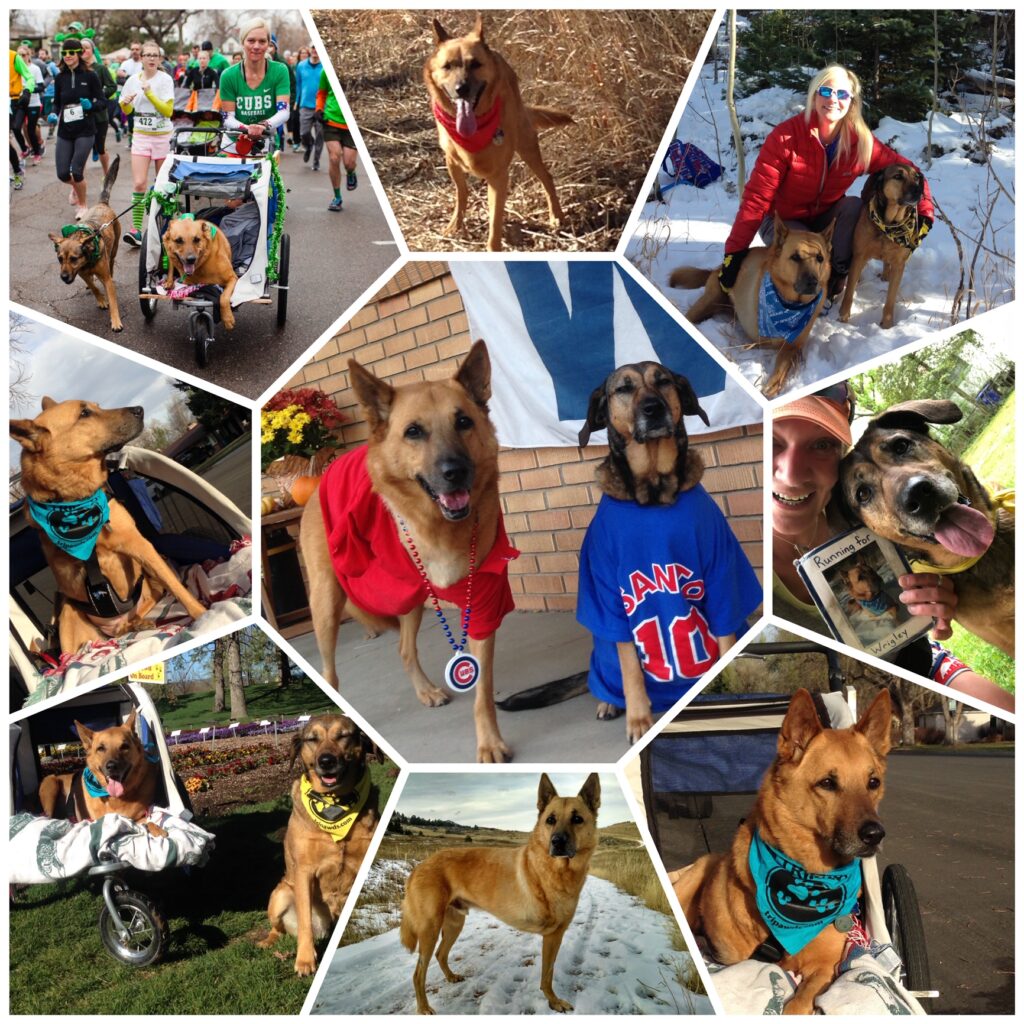 What a joy to see how Just Labs celebrates Tripawd Awareness Day, thanks to volunteer writer Amy Moses, mom to Tripawd Hero Wrigley. 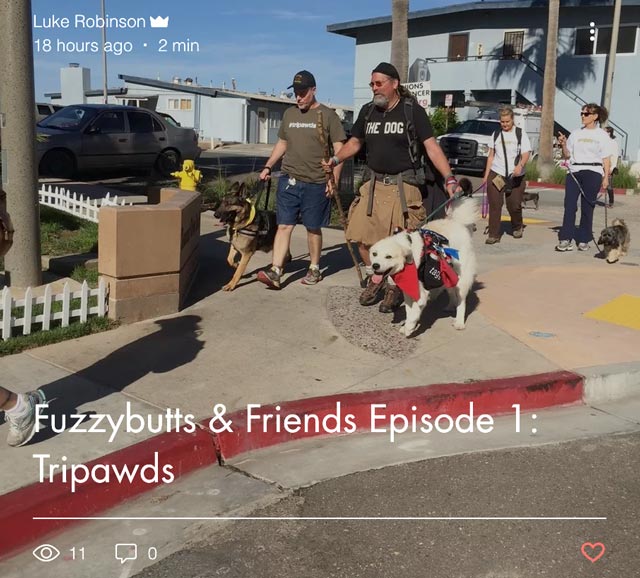 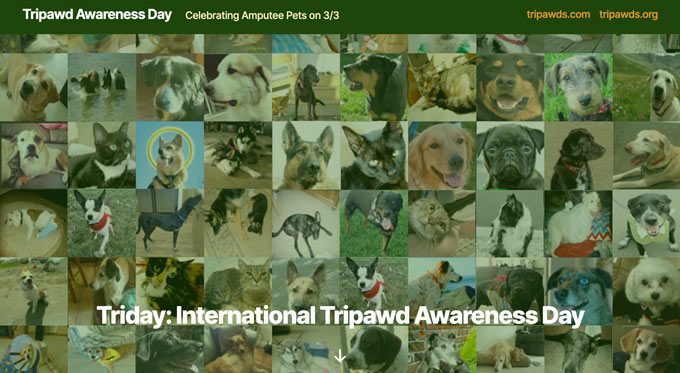 Help Tripawds everywhere without sending any donation. We need your help with specific projects to help spread awareness about pet amputation. 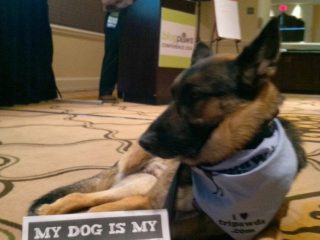 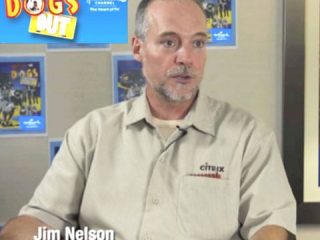 Who Let the Dogs Out on the Hallmark Channel features three legged military working dog hero Lucca and interview with Blog Paws bloggers including Tripawds Admin.

I’m wondering if anyone out there finds the term “Tripawd” notable. And if so, would they mind letting Wikipedia know?

Nearly two years ago now, my people attempted to submit an entry for “Tripawd” to the popular online encyclopedia. They were abruptly denied, so they are not about to try that again. 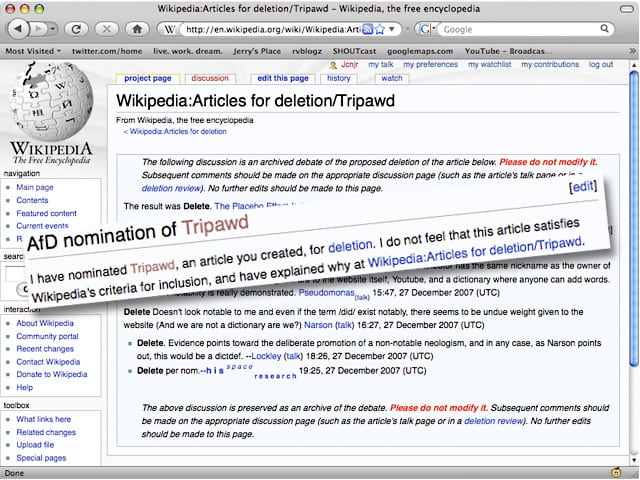 According to this archived discussion about deletion of the proposed article, the entry was apparently considered no more than a self-serving definition that had no place being included on Wikipedia.

Here is what the editors had to say:

Yet, aren’t these Wikipedia articles “mainly promoting the linked website”?

And if you don’t mind … if Wikipedia editors allow the slang term “camel toe” as a notable entry, certainly they should accept Tripawd as noteworthy. I wonder if those at Wikipedia believe an adolescent and grotesque slang word is really more significant that what many animal lovers call their three legged companions. Besides, is that article not a definition itself?

But I digress, suffice it to say that no Tripawd article exists on Wikipedia. And with rules against starting articles about yourself, we do not intend to try again. But we’re not about to stop anyone else out there who may be familiar with submitting articles for Wikipedia from giving it a try. Just keep in mind, the entry must be notable, and include adequate references.

Since the original Tripawds article we submitted to Wikipedia has been deleted, we can’t share what it said exactly. But, at least part of the content seems to have found it’s way to this entry in the recycle bin of Wikipedia.  Edited for current relevance …

The word Tripawd is a colloquialism that is rapidly becoming widely used to refer to animal amputees. Tripawd is defined as: “(Noun) an animal who has had one leg removed”.

The term may have been first coined by Jim Nelson of Eureka, CA in November 2006, when he registered the domain for a website dedicated to his dog Jerry, who underwent amputation surgery of the front leg after being diagnosed with canine osteosarcoma. Since then, the Tripawds website has grown to become the leading social networking community for caretakers of three-legged dogs. And Jerry’s Tripawd adventures have been featured on the popular PBS show Nature, as well as in various other radio and print media outlets.

After searching for online resources about caring for a three-legged dog, Nelson discovered common reference to canine amputees as “tripod” dogs. The distinct spelling of Tripawd is meant to be less derogatory and simply refers to the fact that a dog or cat with only three legs (or paws) is literally tri-pawed, or a Tripawd.

If the slang term Tripawd is still considered a “non-notable neologism” – even though Camel Toe is acceptable – perhaps the more appropriate entry might be one for Tripod Dogs that mentions the colloquial term “Tripawd”, with appropriate edits to the the disambiguation page for Tripod of course. Or perhaps, an article is warranted for Jerry the Three Legged Dog. After all, PBS considered his story notable enough to feature in the award-winning series, Nature.

Since almost two years have passed, maybe the Wikipedia editors will now realize the significance of Tripawds. There are certainly a lot more notable references now …

If not, at least we have the Tripawd Dictionary!

NPR Talk of the Nation features email about our three legged hero Jerry, how we miss him every Thanksgiving, and how he taught us to be thankful every day.