Reply to this topic with links to favorite three legged cat blogs, forum topics or News blog posts you believe will be helpful to others researching feline amputation recovery and care. We'll start...

Tips for Three-legged Cats During and After Amputation Recovery

This list of exercised for cats (I think originally shared by Mona?) was a resource I've really valued, trying to keep Harry strong and healthy post amp:

For what it is worth, after listening to the neurologists and oncologists at the Vet School, the overall picture is that cats tend to recover better than dogs and often have better prognosis'. However, dogs get the lion's share of referrals and attention. Mmmmnnnn... I think that is likely true of our TriPawd Nation! Why so many dogs and so few cats?

charliebear said
Why so many dogs and so few cats?

I've read that for most expensive surgeries and treatments, such as chemo and radiation, that people are willing to spend more on dogs than cats. Cats are considered more "disposable" and many times they are free. I really hate thinking that this is true but it may be so.

charliebear said
Mmmmnnnn...our TriPawd Nation! Why so many dogs and so few cats?

We've always attributed this to the fact that Tripawds started—way back in 2006—as a three legged dog blog. The number of tri-kitty members has only grown over the past few years, and we owe it to them for the increased benefit this community now offers three legged cats and their peoples.

We've always attributed this to the fact that Tripawds started—way back in 2006—as a three legged dog blog. The number of tri-kitty members has only grown over the past few years, and we owe it to them for the increased benefit this community now offers three legged cats and their peoples.

We kitty ,chicken, critter members are grateful you welcomed us in!

If it was not for Jerry and you both we would not have the benefits this community offers.

I agree Kerren kitties on the scale used to be on a lower level. Dogs 1 Kitties 2 maybe a 2.

I do believe that is changing, I also believe technology has changed so much that we (all animals) can find, diagnose and treat more and are.

I have no doubt the Tripawds Kitty community is going to keep growing. Sad to see but also grateful we have a place to land!

There definitely is a bit of a double standard when it comes to canine and feline medicine, but I believe that things are improving.

One other reason for the disparity is probably the fact that osteosarcoma is fairly common in dogs, but rare in cats. Nicholas' veterinarians had been in practice for 8 and 20+ years (respectively) when he was diagnosed, and he was their first case of appendicular osteosarcoma in a cat. The nearby vet school only has a handful of feline osteosarcomas listed in their computer system (though, to be fair, many of these probably don't get referred- his GP would have loved to have done the surgery, but he broke his leg just before midnight on a Friday, so we went with an emergency/referral practice to expedite things).

One unfortunate side effect of this is misinformation. A lot of people don't realize that osteosarcoma carries a radically different prognosis in the cat, because it doesn't typically metastasize. VCA's feline osteosarcoma site (my first hit when I Google "osteosarcoma in cats") gives canine statistics and treatment recommendations that don't apply to cats. (I've contacted them about this, but no changes yet. It does appear that the site is currently "down for maintenance"... am crossing my fingers.)

With the influx of kitties, any plans for a feline version of "Tripawd Heroes" in the works? I've seen copies of the canine edition in several clinics over the years (generally donated by the owners of canine amputees), and I think it is a wonderful resource for owners considering amputation.

THAT is so sad! Oh my gosh. But yes it's true, even vets don't exactly know what to tell feline osteosarcoma patients. There is so little information out there about it for cats. I see things are changing thanks to great people like you sharing resources and advocating for your kitties.

With the influx of kitties, any plans for a feline version of "Tripawd Heroes" in the works?

Absolutely! Yep. It's top secret but plans are in the works this year to showcase Tripawds' pawesome feline members in this way. Thank you for the reminder to get it going on. 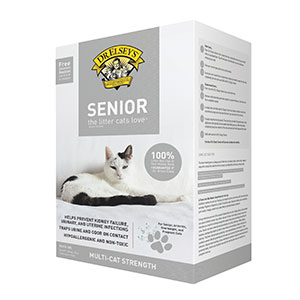 I love sending people this forum! especially because it is cat friendly. very nice to add the versatility

A brave and wonderful article by one of our favorite veterinary surgical oncologists, Dr. Sarah Boston:

We Need to Talk About Feline Injection Site Sarcomas

We need to talk about Feline Injections Site Sarcomas. I will call them FISS from now on. No one really wants to talk about this subject. It makes us uncomfortable. Our whole raison d’etre as veterinarians is to prevent and treat diseases in animals. Now we have to talk about a disease that we caused trying to prevent another disease? And it is horrible? No thank you. Some of the vaccine companies also do not want to talk about it. I am inviting you to get a bit uncomfortable and read on. I think it’s important. READ MORE

I am trying to find resources to help Selina recover and generally be active. The links that are listed above, I could not get to work - page not found. While she is a young girl (2), she tends to get bored easily, unless she feels like playing. She is using the steps, which is great. Are there any other "games" we can play with her that will keep her moving? Or not lying on her side batting the toy that's closest. 🙂

Selina and mom, I think this is what you are looking for?

Please start a new topic all about Selina so that we can better help you find good exercises for her ok? See you there!