Back in September when we were in Denver, we were lucky enough to meet up again with the most awesome sled dog around, Calpurnia. Only this time, she and her team were getting ready for the snowy season, by practicing on dirt roads in the Colorado mountains. It was a beautiful, early fall day, and we had such a great time seeing how much this team loves to mush. They live for it!

Sadly, as you know, so much has changed since then. The day after I was set free to go on my own journey, my pawrents learned the awful news that Calpurnia’s teammate, LilBit, passed away, very unexpectedly.

Calpurnia’s pawrents have been coping with this devastaing loss, all while preparing the team for the upcoming mushing season. On one recent run, Calpurnia’s Mom TC, had a beautiful experience in which she truly felt the presence of her beloved LilBit, in which he told her, “I’m OK Mamma, really. I’m with Jerry now.”

TC shared her story with us, and we would like to share it with you now. We hope you think it’s as beautiful as we do.

“We went training this morning in the same area where we met you a few weeks ago. Dave took the bigger team and I took a smaller team on my own. The first snow had dusted the area over night, so everything was white with the golden aspen leaves raining down on us.

We went up over a hill and a gorgeous vista opened up looking back into the Tarryall Mountains that were dusted in white. About this time, as the team was just trotting happily along, I started hearing the sound of dog tags jingling off on the left and right sides of the trail. I thought maybe someone (a hunter?) had dogs that were following us, but I never saw one. The jingling dog tags followed us down a valley and across a stream and up the other side – happily zig-zagging all around us in those golden leaves on the snow. Even with the ATV powered down so I could listen better, I heard them. Two distinct tag noises. The dogs didn’t seem terribly excited as they would if a strange dog was around.

When we rounded the corner back to the main road, I lost the sounds. I turned around to look over my shoulder and see if I could see the “dogs” and two coyotes were sitting on the hill watching us. They stood and ran back the way we had come into the woods. It was magical.

I know that your hearts are broken for Jerry as ours are about LilBit. But maybe, somehow, they are playing together and sent those coyotes to watch the team go by and cheer me up a little. Keep your eyes peeled – I suspect Jerry is somehow watching you as you guys continue your adventures. You are right – he is all around you.” 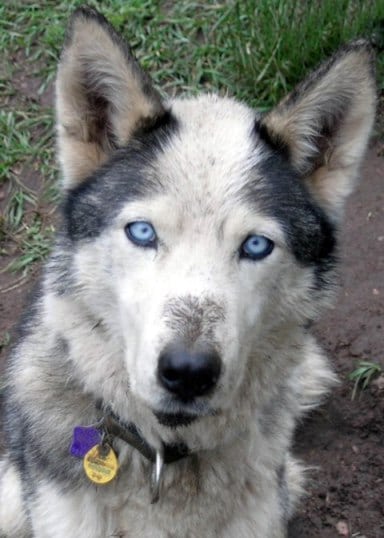 12 thoughts on “Forever Running with the Odaroloc Sled Dogs”