Jackson joined the Tripawd Nation on Dec 29, 2012 and the Winter Warriors group gained another member.  The backstory is that osteosarcoma was growing in his right rear knee, weakening it and facilitating his ACL injury: In Oct 2012, with some spunky play, he twisted and clearly tore part of his ACL.  We treated it with rest and Rimadyl for a while.  The limp never really went away, but we were also very lax about mandating Jackson’s complete rest.  The limp didn’t bother him or slow him down or get worse.  Sadly, mid Dec 2012 he finished the job and totally tore his ACL.  We debated about doing the ACL repair surgery, but finally decided to go for it.  It was in those pre-op xrays that the vet found the tumor.  Obviously, there was no ACL repair surgery done, but instead amputation a week later.  As I write, we just passed the 2 month mark.  He has had 3 rounds of carboplatin IV chemo and starts metronomic therapy (10mg cyclophosphamide, daily) on March 4.  At his third chemo a new set of chest xrays were done and they were still clear – thank goodness!  He has handled everything amazingly well: amputation recovery was tough at times, but his pain management was superb.  Plus, he seems to express not a single side effect from chemo!  Today, he is practically no different than he was before.  He talks.  He talks back!  He plays.  He fetches.  He turns on a dime.  He greats us with the same level of enthusiasm – if not more!  We wonder if there will be a day when his fiercly wagging tail will knock him off balance and he’ll topple over?!  We’re so looking forward to camping with him this spring/summer, but we realize the days of backpacking adventures are probably over.  Prior to Dec 29, 2012 he joined us on many outdoor adventures including backpacking on the Appalachian Trail.  He’s our happy, extroverted, sometimes cranky, always spunky 8 year old husky-boarder collie, rescued at 7 weeks from a high-kill shelter in Arizona.  Play on, Jackson = Tres J = J Pod!  We love you and are SO proud of you! 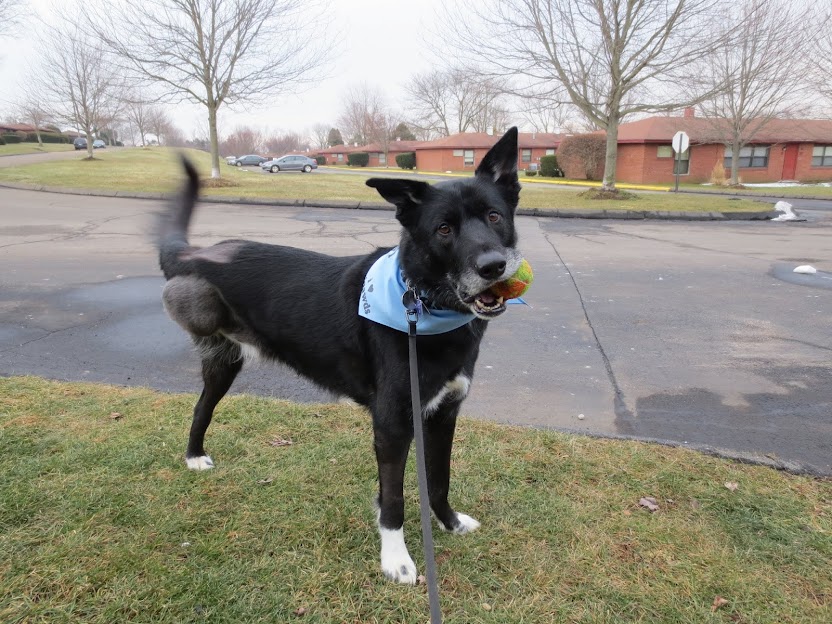 He is such a beauty.  Keep fighting Jackson & kicking Cancer’s ugly butt

Good story and I love looking at his pictures.

Woo hoo Jackson! Just looking at your picture I can tell you live life to the fullest.