If you’re new to the Tripawds Community, you might have heard us say “Be More Dog!” when the going gets tough. Ever wonder what it means? Well, in October, the long-awaited story behind the Be More Dog mantra will explain everything.

This October, Learn to Be More Dog

This Tripawds community was founded in 2006 when our special dog named Jerry lost his leg to bone cancer. We silly humans were terrified for him and for us, so we started the very first Tripawds Blog as a way to cope, and to keep friends and family updated on his progress. While we panicked and worried, however, our Chief Fun Officer did the opposite. He fearlessly forged ahead, persevered in the face of adversity, and got to work showing us how to make the most of life, even with one less leg.

Through his recovery and throughout our unforgettable two-year road trip together, he showed us that every day is a great day. From coast-to-coast on this trip of a lifetime, Jerry demonstrated the importance of rolling with the punches, and slowing down to stop and smell the roses.

Most importantly, when his time came to get his wings, Jerry taught us that we never need to say goodbye because spirit is always within us. Eleven years later, we can’t argue with that. He’s still with us, every day.

Not a day goes by when we don’t think about our fearless founder. Since the day he transcended his broken body on October 3, 2008, we have reached deep within to put into words his powerful lessons. We finally found them. The story of Be More Dog is ready to be told. 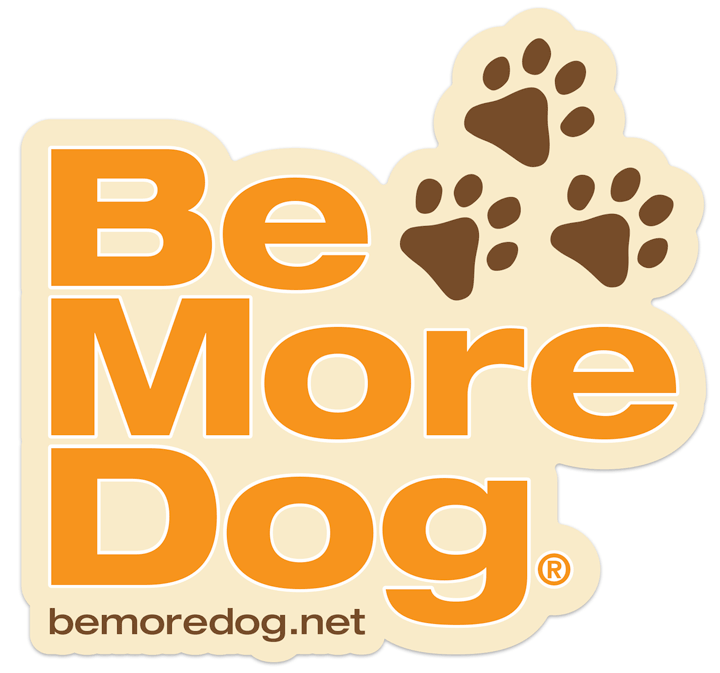 October 3, 2019 will be the 11th anniversary of Jerry’s passing. On that day, we will be sharing the story of our amazing Chief Fun Officer and the many lessons he taught us with the world. Can’t wait to see what form this might take?

Get in line for Be More Dog!

Meanwhile, catch up on Jerry’s story if you are not familiar with how the Tripawds community came to be!

On week prior to the official publication date, Amazon pre-sales have made Be More Dog the #1 New Release in Veterinary Surgery. 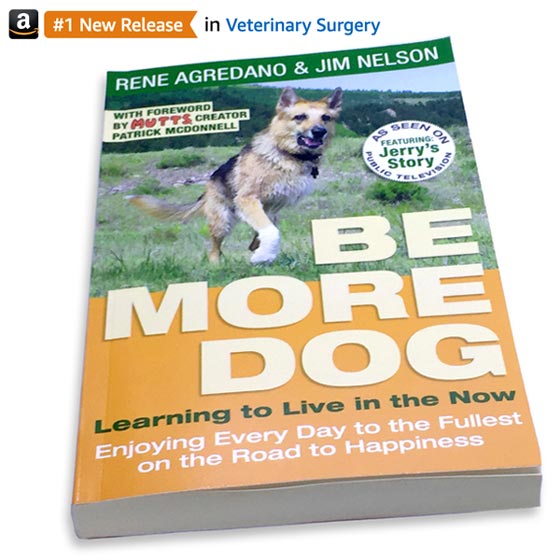 5 thoughts on “Be More Dog, The Story…At Last”