Have you met Shilo the Science Dog? Well today on Tripawd Tuesday, now’s your chance! 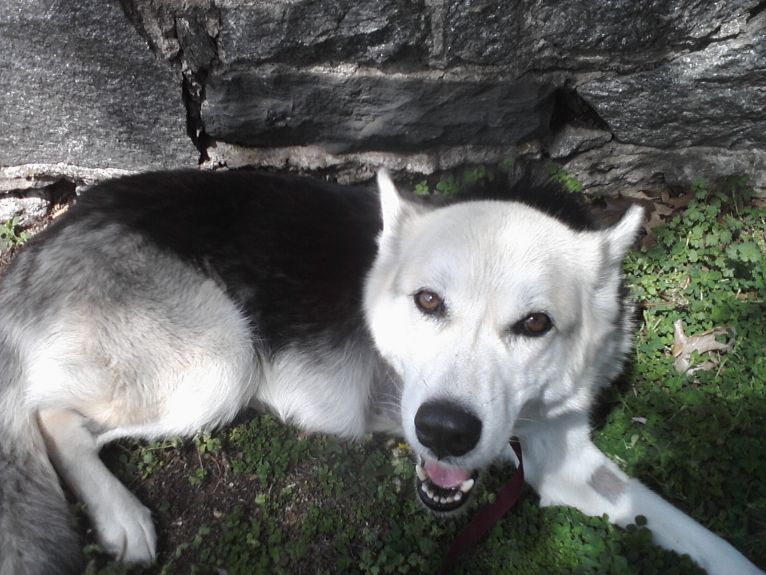 They say lightening never strikes twice, but Shilo is proof that it’s a bunch of hooey. Tragically just a few weeks after her brother TJ earned his angel wings because of osteosarcoma, this gorgeous German Shepherd mix was diagnosed with the same disease!

Not being one to take thing sitting down, Shilo’s dad Paul decided to research all of his options for treating canine osteosarcoma. He discovered  the University of Pennsylvania Veterinary Clinical Investigations Center and promptly enrolled Shilo in a clinical study for treating osteosarcoma with Palladia:

The VCIC is now enrolling dogs with appendicular osteosarcoma (OSA) for a new clinical trial assessing the effectiveness, safety and tolerability of Palladia® (toceranib phosphate) in controlling or decreasing spread of the cancer and prolonging the length of life of dogs with osteosarcoma following limb amputation.

As an alternative to IV chemotherapy, Palladia® is an oral tablet given at home by owners and the dose of medication is tailored to the individual dog in order to limit side effects.  There is evidence to suggest that drugs like Palladia® may exert an anti-metastatic effect against OSA.  This new trial provides an option for owners who decline traditional chemotherapy but would like to try to control cancer progression using oral medication.

So far she’s handling her treatments like a champ and attracting worldwide attention! Paul says:

Shilo is doing great.  They said that her blood work is good but I need to keep her on antacids every day.  Not a problem.  Shilo loves cream cheese and ignores the pills I slip into it.

To follow Shilo’s science story, check out our blog, Shilo the Science Dog!