Have you seen the story of smiling Gabrielle? If not, you must! Here it is, from the Brown County Humane Society in Nashville:

To see the smile on her face, you wouldn’t know that Gabrielle’s is a tale of survival. When she came to us, she’d been horribly injured, with a severely mangled front paw, probably from a leg-hold trap. Even though she was in terrible pain, Gabby was gentle and calm, letting us examine her while she licked our hands and faces.

Gabby’s leg couldn’t be saved, but she’s kept on smiling. Right after her surgery, she was out running around, throwing her ball in the air and chasing it. Her gentle spirit continues to amaze us. Gabby also loves to play with squeaky toys. She'll toss them in the air and pounce on them, never tearing them up, just playing!

Gabby really wants nothing more than to snuggle up close to a person, rolling over for belly rubs and looking at you through squinty eyes. Possibly because of her injury, Gabby reacts strongly to other dogs, so she needs a home where she gets all of the attention to herself. We thinks she’s worth it, don’t you? 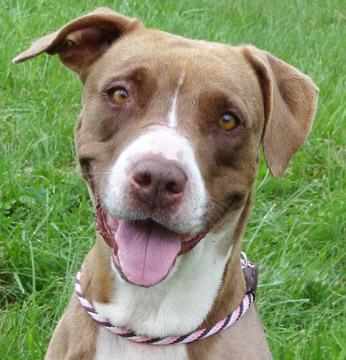 What a beauty Jerry! Thanks for sharing her story... Paws crossed!

Read all about our adventures here:

So happy to hear this pup found her furever home. The vet tech who nursed her back to health decided to make things permanent. What a lucky dawg!

She reminds me of my current triawd, Bailey. She  is also a pitbull and she is the most affectionate dog I have ever known. She lives to cuddle and give kisses. We just tell people that she is a "terrier mix" most of the time because we usually receive a dirty look when we tell them her real breed. We adopted from a shelter 2 weeks after her leg was amputated due to an injury, and she was already hopping around like a pro.

They were not honest about her breed at the animal shelter, they told us that she was a "terrier mix" and we are so glad that they did. We found out a couple of weeks later at our vet, when we took her in for phantom limb pain. We never would have adopted her if we had known she was a pit and now we have fallen in love with the breed! Bailey seems to have the same personality as Gabby, playful, affectionate and she loves people, just not other dogs or other animals.

When other people who have/had a pitbull see us, they run up to us right away to meet her and excitedly ask us if she is a pit. I hope these two get to show others that pitbulls deserve another chance just like any other breed.

Hi loveabull, we hope you'll consider registering as a member so we can hear more about Bailey, she sounds wonderful. Also please join The Majority Project to show your support for pitties and the people who love them! See:

Why You Should Support The Majority Project 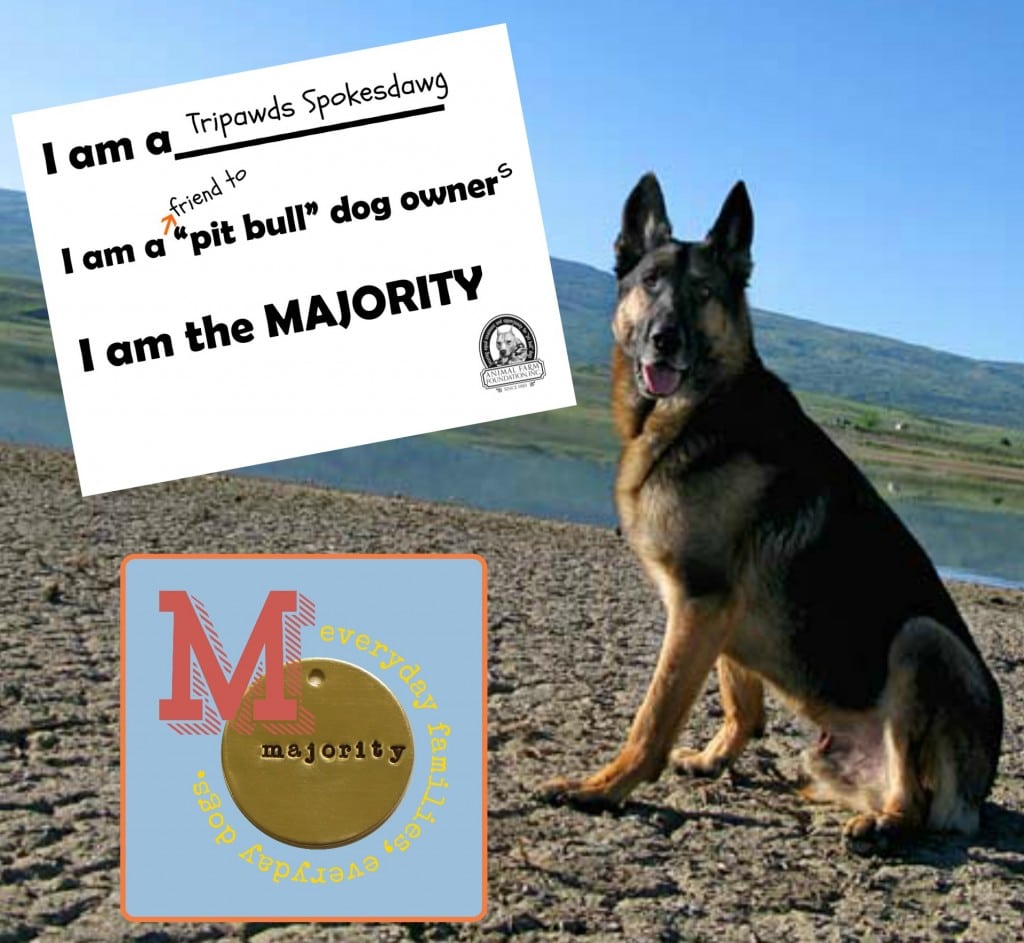