From Oaktown to Hollywood, Codie Rae Leaps into Stardom

We knew it the first time we laid eyes on her. She was like a supernova just waiting for the right time to explode. 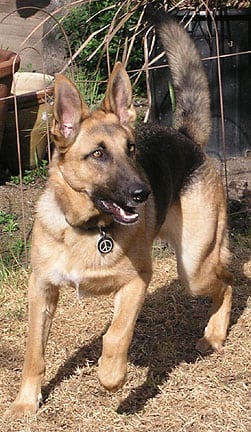 In January rock star Patrick Stump (of the band Fall Out Boy) was looking for a three legged dog to be in his new video for Spotlight (Oh Nostalgia) from his brand new Truant Wave EP.

We happily fulfilled his request by bringing the incredible Codie Rae to his producer's attention.

Today Patrick released his new video which stars the one and only tripawd girldog extraordnaire, Miss Codie Rae!

The video shoot took place in January at a dog park in the Hollywood Hills. 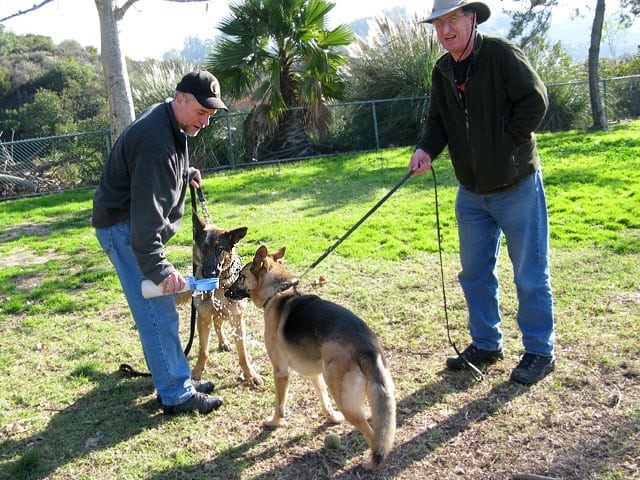 It was a grueling day as three Tripawd Members Travis Ray, Wyatt Ray and Codie Rae vied for the attention of the cameramen.

In the end, Codie's gazelle-like intensity caught the eye of the Hollywood dream machine as she leaped her way into stardom and into the hearts of Patrick Stump and fans everywhere.

For the first time ever, Codie Rae's unequaled zest for life and overly-enthusiastic prey drive is being rewarded with instant fame and glory. 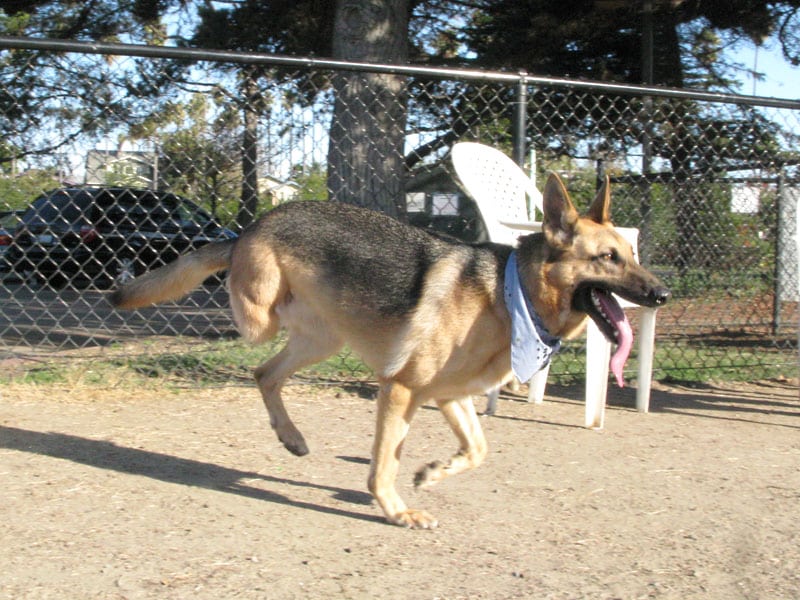 In the last 12 hours, media and fan feedback on YouTube has been phenomenal:

“It may very well be the best video Stump's ever been associated with . . . the end result is a truly captivating, unapologetically positive experience.” – MTV

“I almost started﻿ to cry, that dog is just so beautiful!”

“I'm not really sure﻿ why, but this video made me cry when it came to the German Shepherd.”

“When I saw that dog with no leg manage a leap I almost cried :')”

“Thumbs up for the awesome three legged dog﻿ :D”

Who knew that a girldog who started out abused and neglected on the mean streets of Oaktown could find such fame and glory with a beloved rock star like Patrick? Dreams do come true in Hollywood!

Be sure to tell everyone you know about the world's newest Tripawd Rock Star, and get your Codie Rae-inspired Tripawd gear soon, before it sells out.

This is such a huge public awareness victory for the capabilities of three legged dogs everywhere. We're so proud of Codie and are proud to say “we knew her when…”

Now, see if you can catch her and get her pawdograph . . .we're betting it'll be worth a million bones soon!

Great job Codie Rae, you rock!! I am so proud of you for being able to show the world how strong and athletic you are regardless of how many legs you happen to have.

How refreshing to see such a positive video that sends a powerful message to both kids and adults. Loved it!

we loved the video – proves there's no way to keep a tripawd down!!

It is a feel-good video, isn’t it? We couldn’t help but smile and woot all the way through!

Way to go Codie Rae- you found a great way to channel your, ummm, energy!!  You ROCK girl.

But watch out- don't let the stardom and glamor of Hollywood go to your head… it can change a girl.

No worry about it going to her head. All we are hearing about is how long it took Hollywood to see her “obvious” talents. Life with a diva is not easy.

So cool! Love it. Going to send the link to the video to all my dog-loving friends. (Who already know that Abby is a star who definitely lives in a spotlight!)

As someone said above, it's nice to see a positive message out there for kids (and everyone). And it's GREAT to see such a beautiful tripawd going for it with such gusto!

That was so WAY C

If you think Codie Rae appearing in this video is just pawesome, VOTE FOR PATRICK STUMP in MTV's Musical March Madness Contest!

Just pawsome.  Loved the song and the video.  I feel like a star just because I belong to the same pawsome family as Codie Rae.  I think this video will have everyone wanting a Tripawd 🙂  Way to go, girl!!

You go Girl!!!! That was PAWSOME! THREE PAWS UP! Great music video too!

Thanks to the video Tripawds and Codie Rae made the local newspaper today.

Congratulations!  So happy to see so many people will be seeing a positive message on amputation!  It would be wonderful if we can change the public perception of  the only way to stop the pain of bone cancer.

Not only that but Codie Rae is a beauty!!!

That was her first brush with luck.

Her second came earlier this year when she was chosen for Patrick Stump's video “Spotlight (Oh Nostalgia),” a song from his debut six-song album “Truant Wave” that has logged nearly 200,000 hits on YouTube since it was released less than three weeks ago.

p.s. I LOVE that picture of her in Jerry's first post in this thread!