Frankie's first cruciate aurgery over two yrs ago has failed, Now removing it.

Second, when Meg had her cruciate scare at Christmas, the vet told me that the implant used in surgery only serves a temporary purpose, which is to hold the joint together to allow scar tissue to form and stabilise it. After that, although it normally remains in place unless there is a problem, it is not actually doing anything.

Thanks for that info, it's good for all of us to know. He's absolutely right.

I have a plate in my clavicle because the bones wouldn't knit back together after an accident. The surgeon who did it told me the same thing, that it was just being put in to stabilize the bones so they could heal, and that I could even have it taken out if I wanted to. Thankfully I haven't needed to.

I don't think there is a lot of 'hardware' when the extracapsular (fishing line, tightrope, etc) repair is done so there shouldn't be much to remove- which is good and probably why the surgery isn't so invasive and the recovery is quicker. There is the strap or line, sometimes anchors and maybe some type of crimp to hold the line together.  I wonder if that is why he said 'crimp'?

As we everything Sally we make the best decisions we can with the information we have at the time.  When I was researching before Obie's knee surgeries I saw very different opinions on what size dog can be successful with the line type repair.  I remember seeing weight limits as low as 25 pounds up to large dogs approaching 100 pounds being candidates.

I hope the surgery goes well next week and our Frankie has the best possible outcome.  What a trooper that boy is!

OH my gosh.  I knew something was going on.

Frankie Frankie.... please get better for Sally and Myrtle.. I will be saying lots and lots of prayers for healing and hoping he can use that leg some more.

Holly, Frankie brought it to my attention tjat I thanked Jackie for his cool Team Frankie tee shirt! He wants  to make sure I gave credit where credit was due!  THANK YOU HOLLY!! He looks stunning in red!!

Thanks Clare and Karen for your insight  on what I think I heard yet couldn't  pull it out of my brain onto my tavlet!!!!  Quite reassuring!

Kerrsn and Michelle,  thanks for the good wishes!!

Just getting caught up, this all sounds like positive news, Sally

Are they going to keep him at all after the procedure or will he be good to go home and just lay low for a few days? Maybe just a little bandage on leg so that it doesn't get infected??

Holly, I LOVE the t-shirt! Wish we had time to make a handful of them up and mail them around so that we could all wear them on Tuesday!!

I can feel all the pawsitive tripawd vibes building here... there will be a tornado of them heading your way for Tuesday Sally and Frankie.. you got this, I can feel it 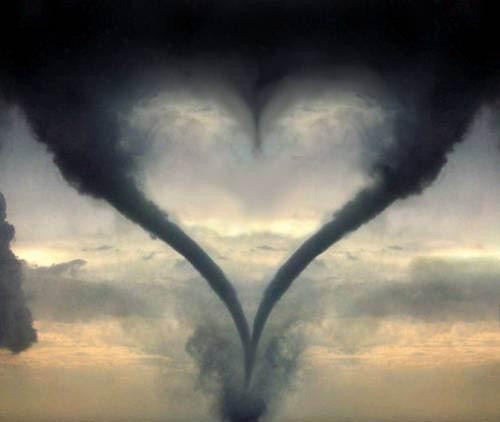 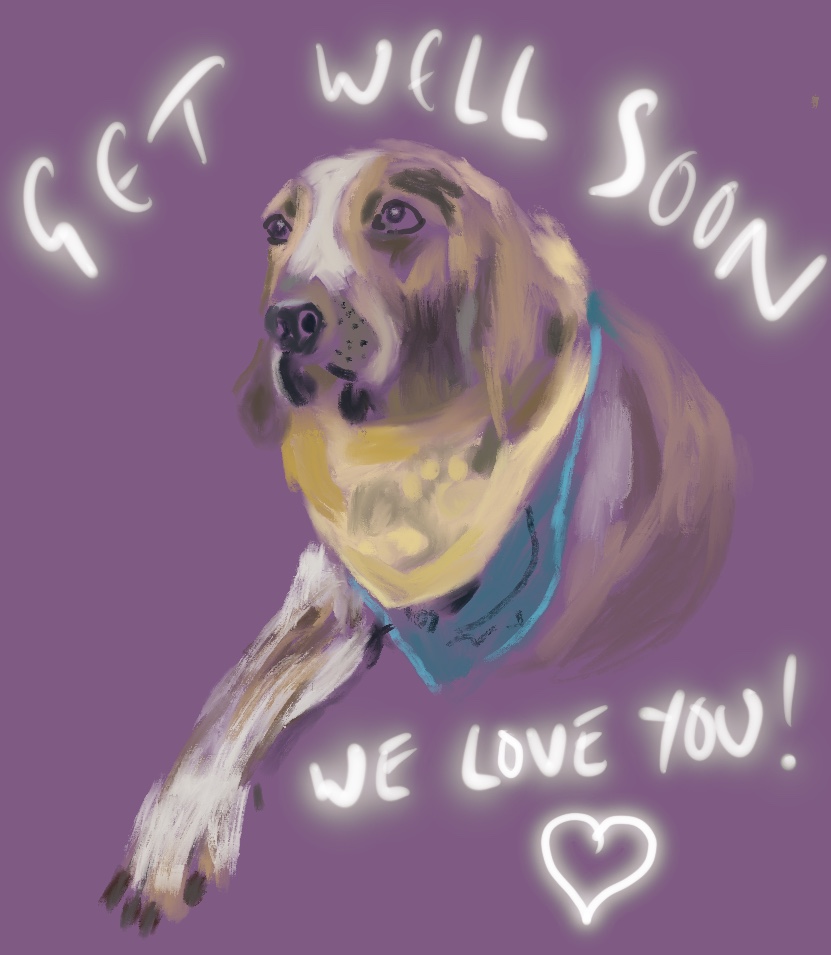 Oh that is beauuutiful! Thanks for sharing Clare.

Frankie is shaking off the anesthesia. Whining, seeing things, hearing things (ears in high alert position), restless, up and down.  All to be expected, but still no fun for him.

I'm gonna post some  other stuff at his thread on Ask Vet.

But he did do culture,   sent a portion of implants and associated fluid.  Said there was a LOT of fluid.  Starting  antibiotics  in meantime.

Said he's removed more of these kinds of surgeries than he can count and almost always sees "some" improvement  in use of leg, even though instability  is still present.

Whew!!! I know you're going to have your hands full until he konks out but I'm glad you're HOME!!!

Thank you soooo much everyone for all the pawsitive  energy!!!

And Jackie, your "tornado" of tripawd  pawsitive vibes clearly had a pawsitive impact! I love that picture...the heart....very powerful😎❤  You always come up with special  "graphics"😙

And Clare, yet again blown away with your creative and thoughtfulness❤  A bea pocture snd beautiful  sentiment.  And if my memory  serves me correctly  (and it rarely does anymore), that was a rendering of a photo from the Tripawd Pawty you flew across the pond to attend, right?

Glad everything went well.  Make sure that crazy coonhound rests 🙂  I know easier said than done.

Wheeeee! Thanks for the update Sally, I'm so happy to know things went well.

Welcome home Frankie, you are going to feel sooooo much better!

As for the instability, well you've always been a little "unstable" right?

Keep us posted Sally, there's a world of love & pawsitivity surrounding you.

Team Frankie sure does have a lot of supporters!  As does team Sally!  Glad surgery is over and all went well.  Sending hugs and prayers that this helps our special boisterous boy!  Low key Frankie....get it? ((())) ❤️❤️❤️

Glad surgery is done and that it went well. Now get some rest Frankie!