Members
Tripawds Three Legged Dog and Cat ForumsAnything GoesBloomers, to trim or not to trim. Y…

Bloomers, to trim or not to trim. YOU decide,

MEG!!!! You could do EVEN more STAR POWER things IF you do not have those bloomers!!! Why spend all that time on hair when you could be going more places, taking more glamour shots, blogging more, eating- lots of WONDERFUL- treats, and gazing at your mum?!?

And EVIL things lurk in bloomers!!! They take rides and sometimes cause, well, let’s just say not so fun issues! One of my human friends even got a BAT stuck in their long hair!!!

CharlieBear ( and his love EmmaRose) USED to be full fledged hairy monsters but now that they are more, ahem, ascetic, gosh I can tell in a glance if there are freeloaders trying to take a ride and I never have to worry about Tangled Up in Blue bed head hair!

Whack it off!!! Twiggy did and look what it did for her STAR career:) And short hair takes years off, darling:) Athletes strip down to whatever makes them fastest…

AND, most importantly, since your record is 1276 Meg, and 0 Meg’s Mum, why not start the New Year letting her win one? You can always grow the bloomers back… 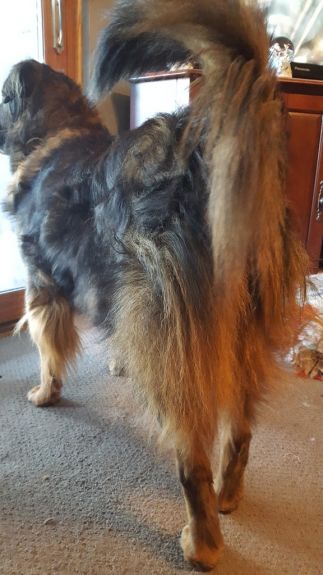 Luckily she’s taller, so she doesn’t normally bring anything home with her!  lol  Although 2 years ago she had a hot spot back there, and the vet had to shave most of it off!  Poor thing was practically bald!

Murphy had his right front leg amputated due to histiocytic sarcoma at 7 years old.  He survived 4 years, 2 months & 1 week, only to be taken by hemangiosarcoma at 11 1/2 years 6/12/17

Wow, Cassie’s bloomers look like Farah Fawcett hair from the 70s! Love it!

4 votes to keep the bloomers. 2 against.

Any effort to try and hack into the voting system will be met with sanctions…of some sort (yet to be determined)! I’m in charge of recounts and the deadline for recounts has expired (and it never existed anyway)!

Don’t let the avatar picture fool you. It’s really me, Meg! I’m just trying to confuse Mom and throw her off her game!

WAIT!!! One more vote just came in! It was an absentee ballot that got caught up in the mail! It’s from someone named “Elsie” from Canada!! IT’S A VOTE FOR ME!!! FOR MY BLOOMERS!!

Well darn it all  missed my chance to vote! Clare knows my feelings on bloomers (hair pants in California) and Meg knows Fionn’s. We both lost the trim or no trim battle when Fionn decided to sit on his bloomers as long as I had clippers in my hand. Since he waited until after I did one side, he is now the proud owner of a lopsided bottom. The still furry side brought home a foot long chunk of redwood tree today and assorted goodies from the horses. I am FIRMLY on the trim side of this argument! Sorry Meg

Sorry, I’m from Chicago – we just keep voting until the outcome turns out the way we want it to.  Vote early, vote often.

We snort laughed at that! Brilliant! I’m from the South. We only allow a few of the right types to vote around here. Everyone else, dream on…

Order! Order! Who would have thought a referendum could possibly prove so contentious! Our household is split down the middle, Meg on one side, me on the other and Elsie flip-flopping back and forth according to who’s most likely to give her a treat. And it seems the mighty Tripawds Nation is similarly divided.

Now it appears that some voters did not receive their ballot papers until after the polls had officially closed. In the interests of democracy, these late votes MUST be counted. (Order, Sally!) And this means the outcome is as follows.

So those AGAINST have it, by seven votes to six.

Thanks all for your participation. There were compelling arguments made on both sides. The personal testimony regarding Jerry’s  bloomers was particularly moving, and the photographic evidence provided by Cassie was compelling to say the least. There have been some reports of vote tampering in the Virginia area and these will be thoroughly investigated. Proof that the bloomers remain intact at the time of this statement is provided below: 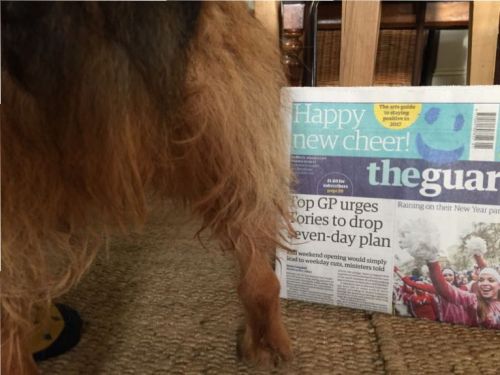 I am pretty sure that Russian hackers had something to do with this vote. . .

LOL! I spent a little bit of time yesterday looking through Gus’ photos to back up my vote. All I could find were pictures of his already shortened skirt. I guessthat the long skirt pictures were ones that just showed his head.

Obama sent the Russian hackers packing unless he left a few lol ! I suspect Putin! LMAO !!

Thank you Clare , Meg & everyone who posted for making us all get a good laugh !

Clare could you post Megs picture where she got her bloomers cut on the forum?

I think her expression in that picture says it all!

I dont know if I copy and paste it that it will show up here. Ill try it if it doesn’t work please add her picture with the newly cut bloomers. 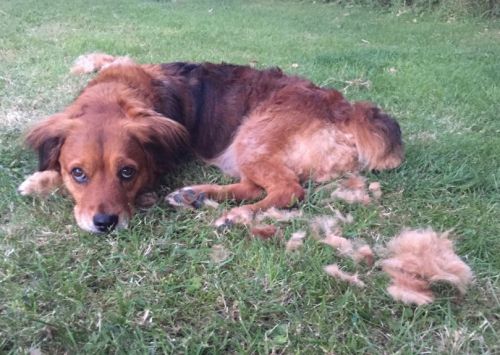 OMD!!! You guys are killing me!!! The folks sitting outside my office think I’ve lost my ever-loving mind!! Okay, I know that’s not a newsflash, but . . . . whatever.

Anyhoo, being from the south, I didn’t know what to expect when I saw the subject line. Now that I’ve been edumucated, I’d like to throw my 2 cents in (please don’t ask for change).

Around here, we call them pettipants (pantaloons if you will). And everyone knows pettipants look better when they’re ribboned, bowed and all dolled up. Wouldn’t that be a hoot to see at a dog show?

I would demonstrate, but Kingston (aka Doublestuff) wears boxers and it would be very embarrassing. Alas, we all know that boxers cover more “things” than just a cute heinie, if you know what I mean.