He won the doggy lotto when his mom Mary brought him home! Here’s his story, as told by Mary after she bought him a new Tripawd Convert Harness to welcome him to the family.

His name is Mortimer, but he answers to Morty. He’ll be six years old this May. 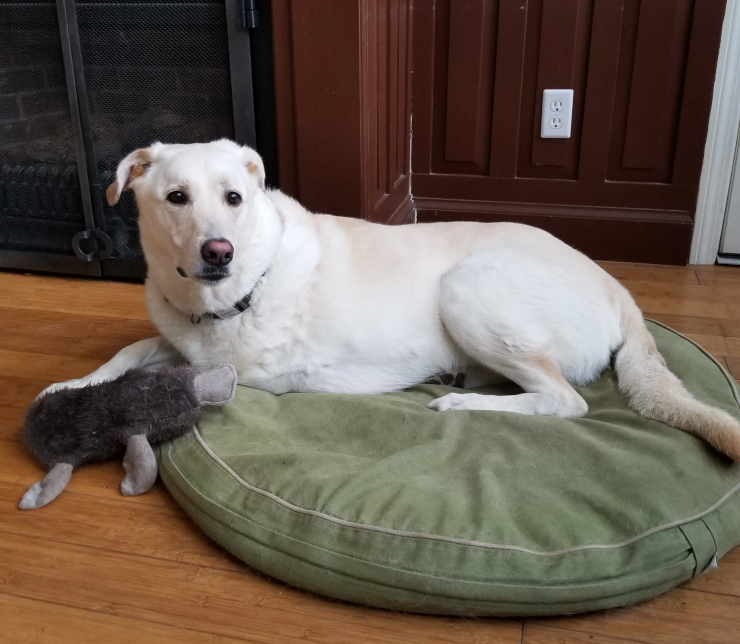 My husband is a double amputee courtesy of the war in Iraq in 2006, so when a local vet site posted a picture of Morty we immediately contacted the rescue and brought him home.

I’m an RN, so he gets extra special care here… the joke is that I collect amputees.

The rescue we adopted Mortimer from recently had a kitten come through with the same limb loss, and we immediately scooped her up, too. She was terrified of everything until she met Morty – she knows he is friend-shaped. Her name is Zelda, and she’ll be 2 in July. I’m including the pic I took from when they met!

Get Your Hero Featured in Tripawd Tuesday!

Share your three-legged hero’s story with the world! Send your Tripawd Tuesday shout-out now. Each Tuesday is the best way to celebrate Tripawd amputee pets from around the world. Enter for a chance to be “Tripawd of the Week.” Just share your story in a few words and you’re in!

Whether you are a bonafide registered Tripawds member, or part of our Facebook, Twitter and Instagram communities, we want to tell the world about your three-legged cat or dog.

We publish a new Tripawd story each week. It’s time for yours to get featured!