Facing the inevitable is so hard. Everyone has a difficult time talking about death and dying, especially when faced with terminal cancer.

The urge to fight The End it is good and healthy, but at the same time so is accepting that it’s also a natural part of life. Striking a balance between the two is one of the toughest things anyone can do, but wise words like these from Sampson‘s Mom Megan help to make living life to the fullest in the face of cancer so much easier. We thought you’d want to read her eloquent thoughts in case you missed a discussion she had in this forum post.

May these words bring you comfort as you come to terms with the struggles of your dog or cat’s end of life decisions. 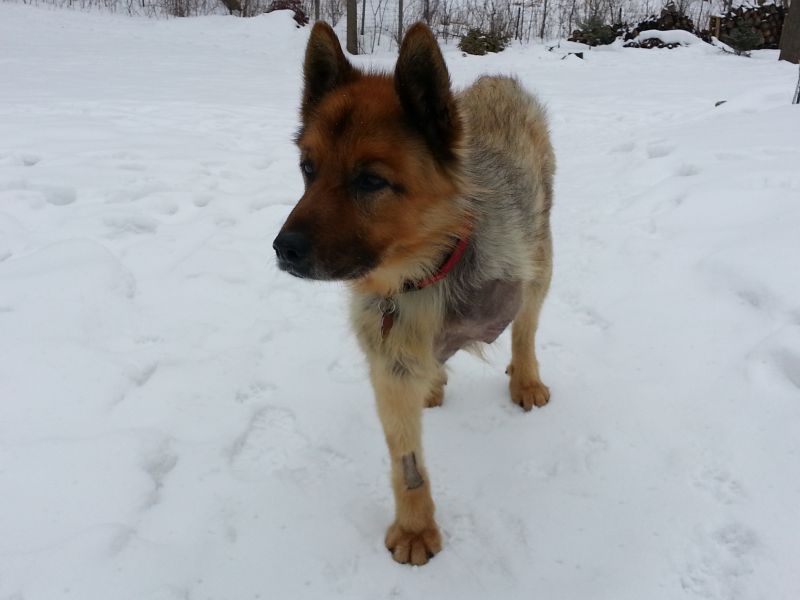 “I think one of the things we all struggle with (for people and for pets; for others and for ourselves), is the idea that somehow being accepting of death is tantamount to wanting it, giving it access, or asking for it. But accepting the idea of death as a part of life doesn’t mean we are giving up. It doesn’t mean that saying “he is dying,” means I WANT it to happen, or will somehow make it happen when it normally would not have.

We don’t want to die. We don’t want our loved ones to die. Of course not–but ignoring the fact that it will happen to us all, locking the notion away…that won’t change the inevitability of it. All it will do is make the lives we are living a bit less genuine, less present.

Animals aren’t people, they have a different way of viewing the world, and a different type of intelligence. But I do believe they have a sense of mortality, and that they know what death is, and understand it means a leaving of sorts. It’s part and parcel of a survival instinct, for one; and it explains the grieving reaction people observe in pets when another pet dies, as well. But the blessed thing about our animals, about “being more dog,” is that while they acknowledge on some level the possibility of dying exists, and they simply don’t worry about what will be…they only worry about what is right now.

What I want for Sam is for his “what is” to be as normal and as happy and as wonderfilled as possible. It doesn’t have to be big or impressive or heroic. We don’t need to go to Disneyland to “romance” The Lady (or The Tramp, for that matter), or take an African safari to chase wildebeasts instead of garden variety squirrels. It can be as simple as an endless supply of cardboard paper towel tubes to gnaw on and a parade of cheap toys to de-stuff and then thrust their slimy carcasses at us to play tug with. It can be fighting with his canine sister, and sharing his bed with a couple, three, four of the feline siblings. And yeah, okay, it can be hamburger for dinner instead of kibble if that’s what he wants.

But while I can’t change his dying…I CAN help him live. I can put that icing on the cake for him, and then get my own fat, pinky fingers out of it. I can let him dive in, and eat his cake with abandon, and not smear the frosting with my worries of what will be some day…and instead just enjoy what is right now.”

Enjoy this fun video of Sampson living in the Now.