Sorry it’s been awhile…….but time for updates.  First off Sessy is doing wonderful and completely acts like her normal self!!  Funny how this feels like it’s been going on forever when it is now only 7 weeks since she became a tripawd.

We had a few bumps in the road since my last post.  Sessy did great with her first chemo…… but just a few days after, the skin about 1/4 inch below her healed incision opened up in 2 places and started to bleed and ooze.  The skin around the area was also really dark.  Thank goodness for cameras on cell phones, I was able to take a picture and send to her DR at UCDavis.   They called us 10 minutes later and told us to come in right away!  They cleaned up the area…. put her on antibiotics….told me to leave it alone and let it bleed/ooze.  They had me send pictures for the next 3 days till the color of her skin started looking more normal.  The following week they got results, and it was three separate bacterial infections.Who knows what caused it…. and an additional antibiotic was added.  Through all of this Sessy didn’t seem to be in pain, but we did put her back on pain meds for about 5 days.  Seven days after it started…..suddenly no more bleeding/oozing.

Well friends this brings us to the present.  Sessy is her happy self.  We’ve been going on walks with the neighborhood dog pack and she is able to walk a little bit further every day.  Last night at the park while some of the smaller fogs were racing around and playing, Sessy really perked up and start prancing around.  If I had let her off leah she would have been chasing every one around!!

sessy said
I was able to take a picture…

We just missed you in the Live Chat, and noticed you asked about how to add photos…FYI: If no “Online Users” are listed in the Chat Room, nopawdy is home!

Here are detailed instructions for adding photos to forum posts . If you don’t already share photos online somewhere, you can start a free Tripawds blog any time and upload them there. Need further help? Post in the Tech Support forum and we’ll be happy to help!

Sorry about the ups and downs Sweet Sessy has been going through! Ugh! But really glad all that’s behind you now!

As far as having to delay chemo because of low WBC, yeah, that happens fairly often! So no worries, okay? There are actually some theories that say that indicates the chemonis working!

Delighted to hear Sessy is feeling so good now! Yep, seeing Sessy feeling frisky and happy now is what it’s all about! 🙂

Can’t wait to see the pics!

Gayle that is a terrific update overall. Even with the bumps in the road Sessy and you have overcome them and you’re still smiling

Now that’s the way to Be More Dog !

Very common to delay chemos due to low WBC counts, and I imagine the nfections might also have contributed.  But so glad that she is otherwise doing so well!

We too faced a delay due to low blood count; from then on, we just increased the interval from every 3 weeks to every 4 and had no other issues. I’m glad things are under control with the infection – such a scary thing.

We did 5 rounds with 4 at a reduced dosage because the first round REALLY didn’t go well.  Don’t stress too much about the low WBC.  That is very common.

One thing you might want to look into is short term fasting on the days with chemo.  Fasting appears to make chemo more effective while causing the healthy cells to go into a state of rest so they are damaged less.  There is a current study on this at Oregon State but I don’t know how long they have the dogs fasting for.

Breast Cancer patients have been doing this for years.  Lots of raw feeders skip feeding every third day too.  One of the original studies on this was in 2008. https://www.sci…..ost-chemo/

Hey Gayle! Glad to hear Sessy is feeling better every day. It’s truly amazing how they adapt and she’s proving all those naysayers who said “don’t do it” wrong! I’m sorry she’s had some setbacks, but the drop in wbc is normal. Fionn did it twice. You’d think they would act differently, but nope. Fionn is done with chemo and gets a chest xray this Monday and the occasional followup down the road at UCD. You’ll have to let me know what days you take Sessy in so we can try and coordinate visits. I’d love to see how she’s doing without that horrible, painful leg 🙂 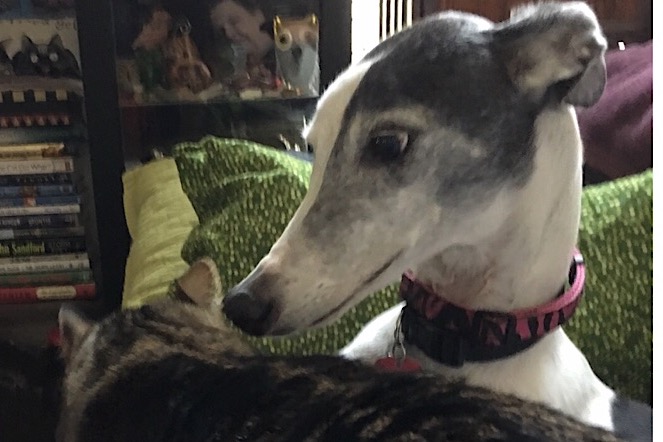 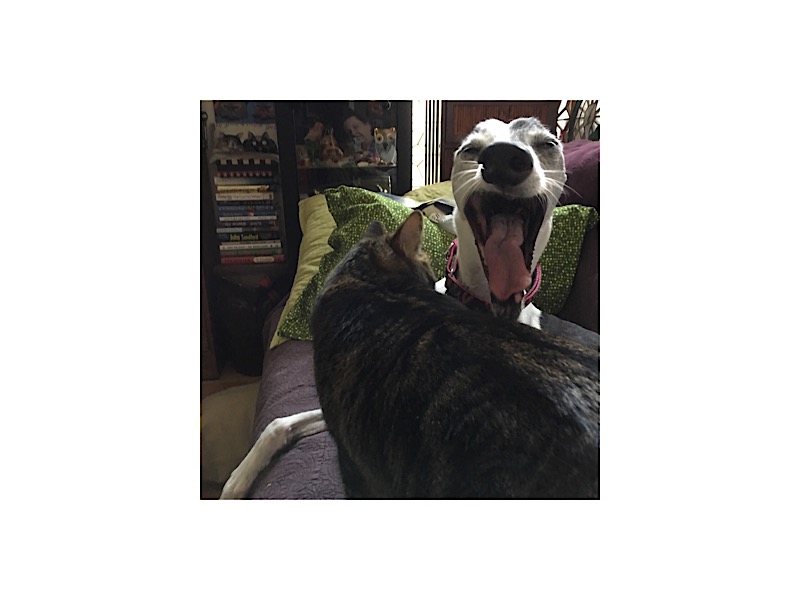 Last picture didn’t load as well…..Sessy when she still had teeth and all legs

These pictures are wonderful!! 🙂 🙂 🙂 That first picture…she looks like a PUPPY!!! Sessy really is a beautiful dog! She looks so gentle. I want to come over and rub that sweet tummy of hers.

Can’t wait to see the video!