I know around here it has been hot.  I saw this on FB land and it is done by Honest Kitchen.  I have not made this yet so can't say how well they like them.  Also need to find the dehydrated goats milk.

This recipe uses The Honest Kitchen ProBloom Dehydrated Goats Milk. If you want to make fun frozen shapes for your pooch, you can buy cool silicone molds in a variety of styles. They work just as well as ice cube trays and it's easier to pop the frozen treats out of the mold. 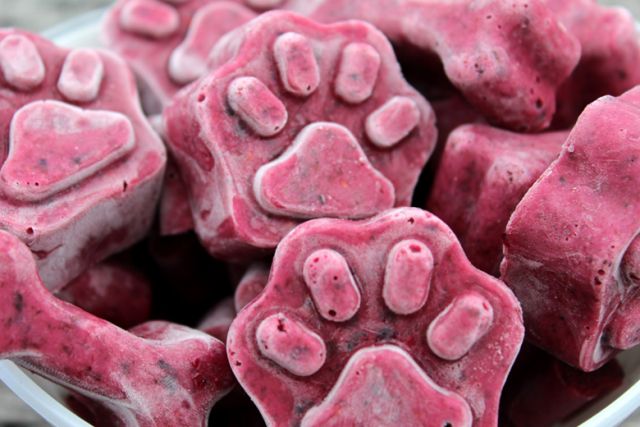 I love these. I have honest kitchen ice pup mix from the Tripawd party that I've been freezing in Dixie cups. This is a great idea. Thanks for sharing, I'm going to have to make these!

Thank you Michelle! I have this on my radar, it looks so good. Just need to get some yogurt, we never buy it but for Wyatt, of course!

YUUUUUUUUM!!!! Of course I'll have to top Merry Myrtle's and Frankie's with whip cream!!!!

Oooh... these do look tasty! for Jasper Lily of course!