Mew has had this problem for a few months now but the vets aren't sure what's causing it.

Backstory, she has undergone allergen testing to rule out food allergies (Spectrum Vet). I have switched her litter from clay to silicone gel. I have tried to wipe her foot after she has gone to the bathroom but it seems there is something in between her toes that makes her want to gnaw at it. Today I noticed it was bleeding again and wiped what I believe to be a blood clot away?

I remove her cone when she lets it heal, but then she is back to the same routine. In the photos provided, they were from when it initially popped up on my radar. This time the bleeding is buried in between her toes.

Any advice is appreciated, thank you. A follow up appointment is already scheduled with the vet. 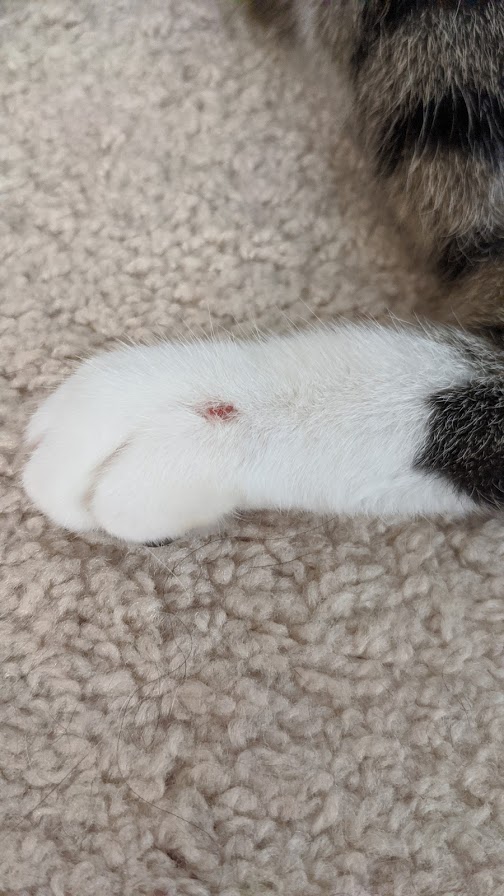 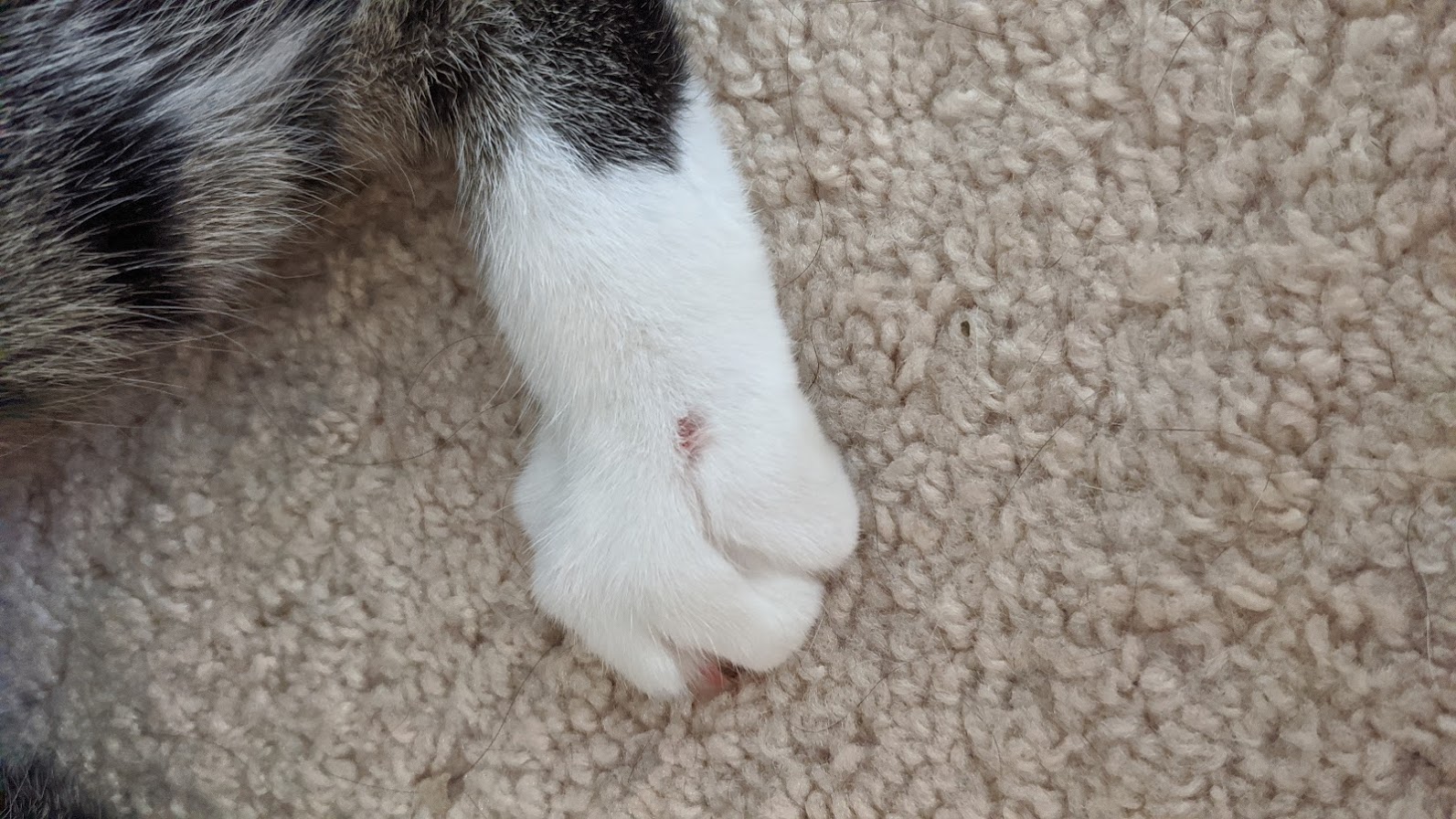 Dr. Pam should be here shortly. I'm curious, is she outside at all? Any chance she could have gotten a foxtail stuck in there?

Hi jerry not at all, she's strictly an indoor kitty and I've gone through the house to see if there's something sticking out somewhere but I'm stumped!

Wow that is strange! OK hopefully our Fairy Vet Mother has some input soon. Anyone else who cares to chime in with some ideas, feel free!

Has your vet done an aspirate to check the cells under the microscope?  From the photo it does look like a foreign body but sometimes mast cell tumors or adenomas can look similar and an aspirate can give you a diagnosis.