It’s always a shock when a young dog is diagnosed with limb cancer. But today’s Tripawd Tuesday chondrosarcoma recovery story shows that this diagnosis doesn’t keep a happy dog down for long. Luca is here to prove it!

Let’s give a big cheer for Luca and his humans the Destito pack, who sent their three-legged love story to us for today’s special Tripawd Tuesday feature.

Luca is one of the happiest dogs you will ever meet.

When his health issues began, he continued to play and still appeared to be his silly energetic self. He initially suffered a CCL tear, while running at the dog park. During his TPLO surgery they discovered abnormal bone and continued with the repair despite. His biopsy was inconclusive, yet he was still severely limping months later.

After asking the vet when my 1.5 year old dog would be normal, I broke into tears. Due the deterioration of his bone on x-rays, he would always have issues with his leg. Our options were to break up more compromised bone for biopsy or amputate. 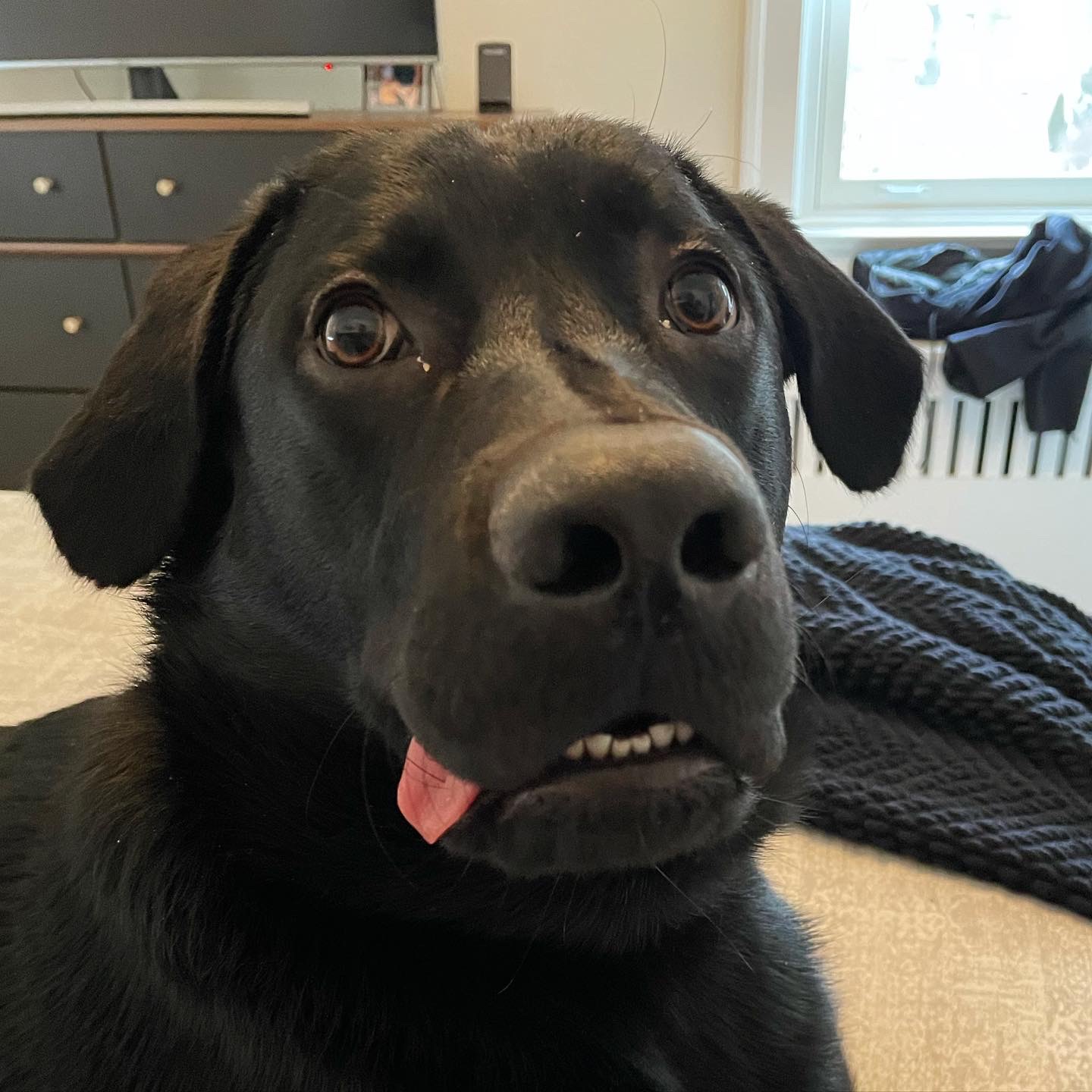 His radiographs strongly suggested osteosarcoma, so we made the hard decision to amputate without a conclusive biopsy.

It was a painful decision, but after learning more about how well tripawds do, I knew that his chance of a happy life was much greater than leaving him with a compromised leg.

We headed to pick him up from amputation surgery, not knowing what to expect. As I was feeling defeated, Luca came running out as happy as ever! He had no fear, no self-pity, no reason to give up on life. He came out of surgery wagging his tail with such excitement just to see us. The first 24 hours was tough, but in the middle of the night he figured out how to get up and down on his own. 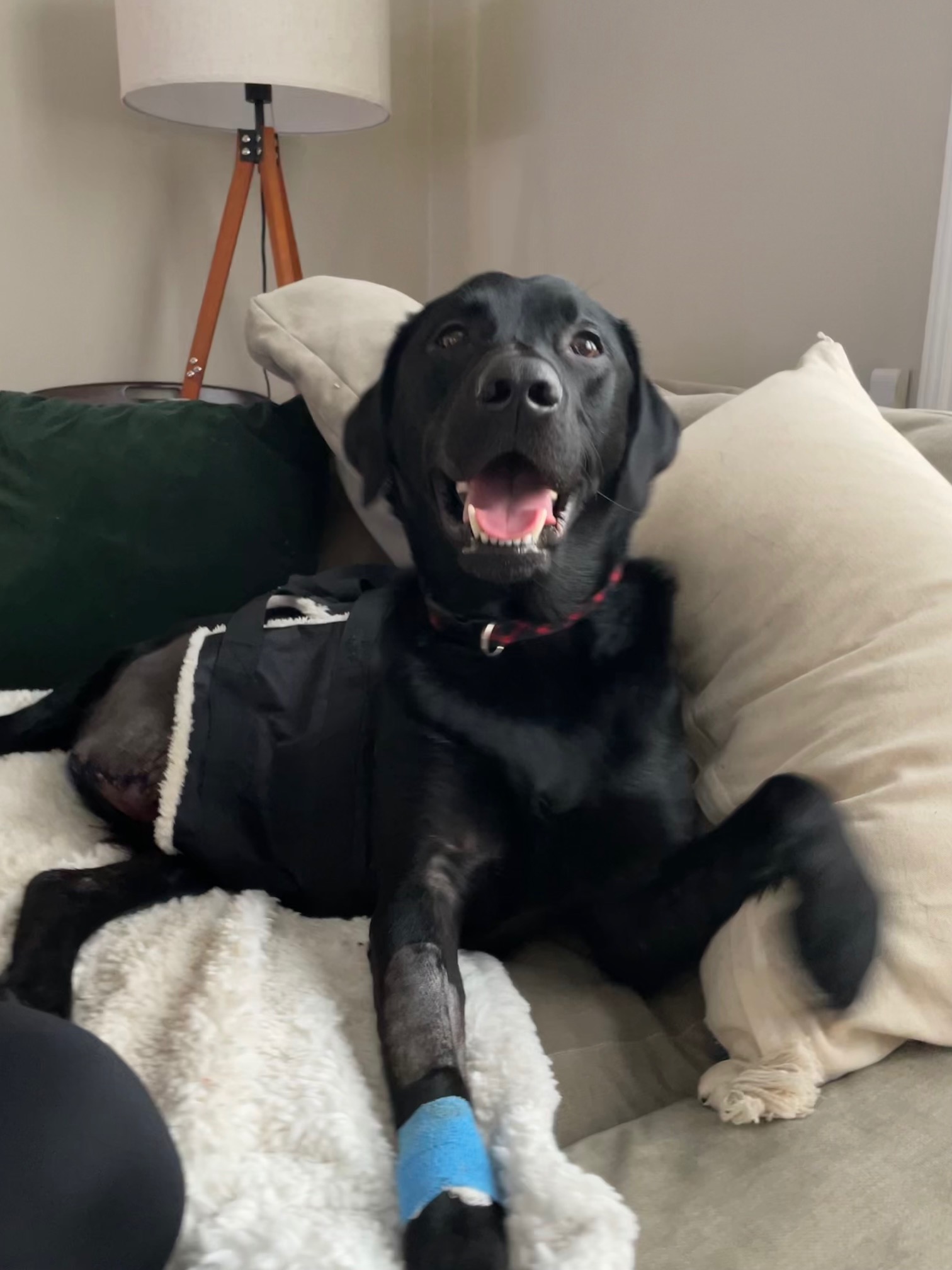 Within 4 days of surgery, you would barely notice he was missing his hind leg.

Luca was actually named after Luca Brasi in the Godfather, but we still didn’t expect him to be so tough!

Luca’s amputation biopsy came back as chondrosarcoma, which we hope has been fully removed with amputation. He continues his journey with oncology follow ups, a clean diet, and holistic supplements, such as turmeric and turkey tail mushrooms.

Luca continues to bring joy to every person and dog he meets.

He didn’t become jaded by his misfortune. We wish to be more like Luca. He has shown us that we can prosper through anything; hope and resilience are sometimes enough.

Thank you for providing this platform, which has made his treatment a clearer decision for us.

Be a Tripawd Tuesday Ambassador!

Did you enjoy Luca’s Tripawd Tuesday chondrosarcoma story? Each Tuesday we celebrate amputee pets from around the world. Reach out to us for a chance to be “Tripawd of the Week.” Just share your story in a few words and you’re in!

And if you want to help spread the word in anticipation of Tripawd Awareness Day on 3/3, you and your pet can become a Tripawds Ambassador! Ordering our Ambassador Kit isn’t required to be a Tripawd Tuesday star. But all proceeds help keep this community online. 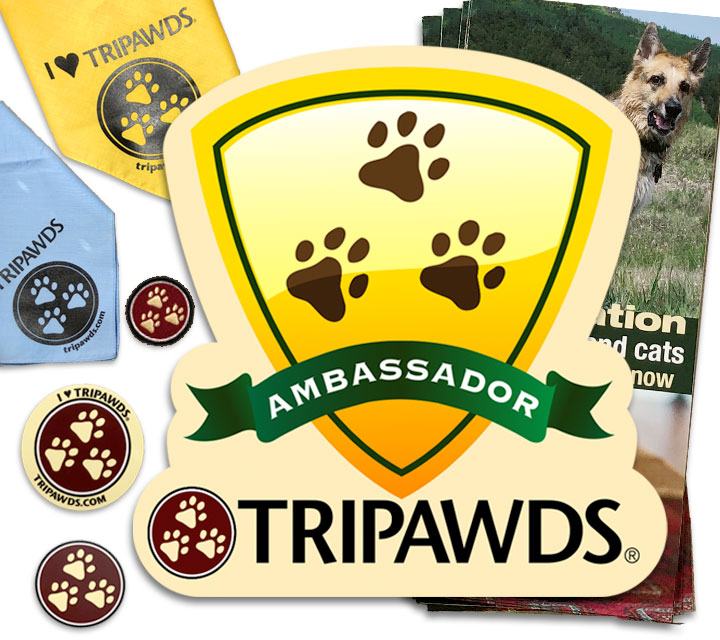