If you had to make the amputation decision again, would you? The following article examines at how pet parents look back on their choice to proceed with amputation for their dog. This great post was created by Tripawds Member Erica Berse, aka Jill the Cat’s Mom. 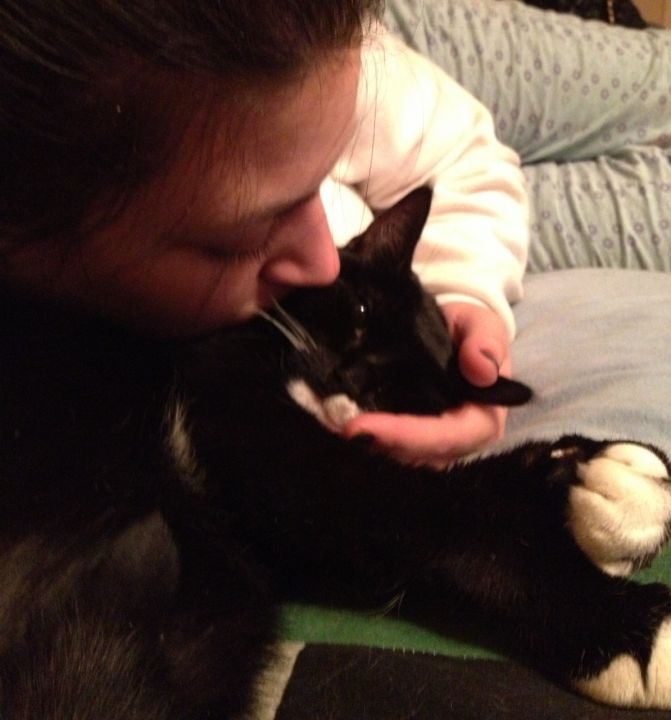 When faced with the overwhelming news that your dog or cat needs to have one of their legs amputated, it’s hard to imagine the future.

Thinking back to the day I got that news, I remember so many emotions and questions: “Is this a selfish decision?”, “Will she ever be able to walk again?”, “How could I even think about doing this to my baby?”

You can watch all the videos, look at all the pictures in the world, but it’s just so very hard to imagine our little (or big!) one thriving on three legs. But they do! There is no better proof and reassurance than asking proud pawrents of amputees themselves about how their pups adapted after amputation.

In a 1999 survey* conducted by Dutch Veterinarians, 44 dog owners were surveyed via telephone about their experience with their dog who had had a limb amputated. The overall results were extremely positive. 41 of the dog owners reported that their dogs adapted “very well” to using three legs. Most of the dogs adapted within a month of surgery and nine adapted within a week.

Of the three dogs that did not adapt as well as expected, one owner replied that the dog showed an acceptable level of adaptation in that although it was unable to walk as far as it had done before the amputation, it was still capable of walking for half an hour without becoming exhausted. Two owners stated that their dogs performed poorly after an amputation for neoplasia and unfortunately those dogs were euthanatized shortly after amputation due to a metastasis.

Some other interesting facts garnered from the survey include:

Overall, the survey shows an extremely positive response to how dogs adapt to limb amputation. It’s difficult to imagine your furry friend losing a limb when you get the news, however, these survey results show that our beloved pets do adapt quite well!

*The survey is: Adaptation of dogs to the amputation of a limb and their owners’ satisfaction with the procedure; J. KIRPENSTEIJN, R. VAN DEN Bos, N. ENDENBURG. The Veterinary Record, January 30, 1999.

If you have a topic you’d like to spotlight here at Tripawds, please contact us for details on how you can submit a guest blog post. And you don’t even have to be a “writer” to do it. Thanks so much.