My Tripawd ambassador duties have been a ton of fun lately!

I’m meeting Tripawd friends from all over the Mid-West, now that we’re on the road to the Greyhounds Rock Canine Cancer Conference in this place called Fredericksburg, Virginia.

Check out which Tripawds we’ve gotten to meet lately! I hope you’ll be next!

OK, so first I spent the afternoon with Boomer from Kansas City, Missouri.

Boomer and his momma Tina are kewl. Boomer lost his leg to cancer last February. His momma hasn’t blogged for a while because she and Boomer’s auntie have been busy making jewelry bling for people! Their jewelry business is called Beadettes, and they even gave my ma this pretty necklace that she made. 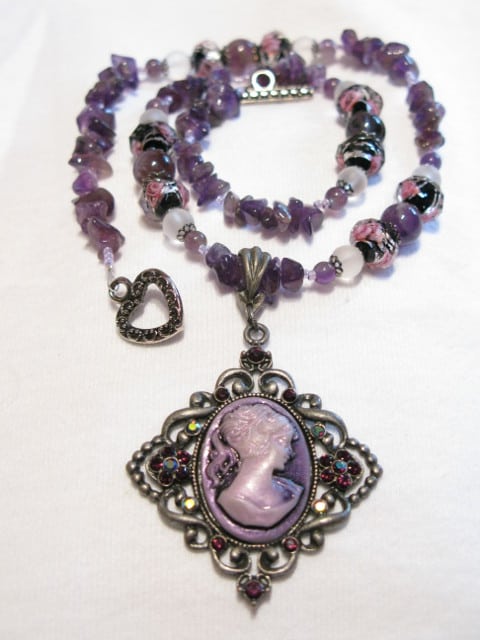 My mom loves this and says she’s gonna wear it at Greyhounds Rock when she gives her speech about Tripawds! Please stop by the Beadettes store and see what neat bling she creates!

After we left Boomer’s town, we went east to Columbia, where there’s a big people college with a vet skewl and everything. We’ll tell you more about that later but for now, I want to tell you how kewl Daisygirl and Marla are.

Daisygirl is a nice mature gal who likes to chill. She lost her leg just one month before Boomer did, because of arthritis. Daisy doesn’t get ruff and barky like I do but she put up with me anyways!

One of Daisy’s favorite thing to do is to lay outside all day and watch people and cars go by. She doesn’t even bark at them like I do! Her Momma says she is “docile” whatever that means.  I thought Daisy was cool. Momma sez I should try to be more like her.

Well, we gotta get on the road again. I hope that we get to meet more Tripawd families soon. We will be in Virginia near Fredericksburg starting next week, so if anypawdy in that area wants to meet up drop us a line and bark at us!

The pack says “Paws Up!” to K9 Medicinals and Morris Animal Foundation for helping us to get on the road and get the word out about Tripawds at Greyhounds Rock!