Me and Eurydice have been quite busy lately, we moved back to France and stopped chemo for good …

Miss Cow had Palladia 3 times but wasn’t quite herself, quiet and miserable, crying and uncomfortable.

I was very surprised because she sailed through Carboplatin, metronomics (cyclophosphamide) and doxorubicin but this time it was very different.

After her 3 dose of Palladia she peed in bed one night and didn’t even bother to move away and did the same the next morning.

This never, ever happened before so off to the vet we went (after calling the onco) and she did blood and urine tests.

It turned out she had a very nasty urinary infection, she started antibiotics 16/3 and is still taking them (different ones for the past 10 days)

I had a long chat with her new vet where we now live and he is of the opinion we should stop Palladia.

Kelvin, her UK oncologist, was never too inclined to keep doing chemo, to be honest I was the one pressing him for it.

Kelvin and Eurydice’s new vet think there is little point pursuing Palladia because in most cases it doesn’t make any difference when lung mets are present and also to verify whether it helps or not we’d need PET scans and that involves general anaesthetics.

The main reason why I agreed to stop chemo was because Eurydice is immunosupressed whilst taking it and that makes her prone to infections (like this stupid urinary one she is battling now).

So we are now following and holistic treatment, she is taking vitamins, enzymes, calcium etc and will start acunpuncture and osteo next week.

Apart from this, we have a little drama going, and it’s all my fault 😡

I took Eurydice for a 2 1/2h walk in the forest (with rests in between) with auntie Evelyne 5 days ago and she wore her booties as always.

But this time, either she had them on for too long or I adjusted them too tightly so her remaining front paw and wrist are swollen, stupid idiot me, I’ve been kicking myself hard for being such an idiot 😡

I’ve been checking it every day and luckily she doesn’t blink when I press the area, of course my thoughts were is this a new cancer growing on the other wrist?

I know it is extremely rare but not impossible but after 5 days it would already hurt like hell If it was osteo, I suppose …

Keep your fingers and paws crossed for Miss Cow, I SO hate cancer 😡

Awwww lovely Teresa! We will certainly be thinking of you and Mlle Eurydice. But PLEASE stop beating yourself up, okay! No dog on earth 🌏 Is, ever has been, or ever will be more loved ❤️ and better cared for and considered than beautiful Eurydice! ⭐️ These things happen. Despite our very best efforts. These things do still occasionally happen. You cannot think of everything all the time. I’m sure Eurydice had a a WONDERFUL time in the forest  🌳 it’s a wonderful life you are giving her. This is NOT your fault. It is just one of those things. Now give yourself a break, okay

(that’s supposed to be a stern face…)

Good luck at the hospital. Will, of course, be checking for updates.

Thank you so much Clare, you are right, of course, but I still feel like kicking myself …

You are such a sweetheart Clare 💖💖💖

Hopefully it is just a sprain or something silly.  Kind of like when we wear too high heels for too long. . .not that I have ever done something silly like that.  She is doing great, and you are doing great!  You just need more couch time at home!

No kicking yourself Teresa your the best Mom! Biting your nails is ok we will worry with you!

Stop beating yourself up. Ditto everything Clare already said! These things can just happen!

Yes, DITTO everyone!!!! And DITTO Eurydice because I know she would be telling you to stop spending valuable energy blaming yourself and focus on fixing her some ham!!

Update when you can. And I really think you jave a good plan with her new Vet. A d there should be no side effects and everything will HELP her immune system too!

Lots and lots of love!!

Teresa, we’re so glad the move is over. I’ll bet it’s nice to get that done.

Now, please give yourself more credit. You pour your heart and soul into your girl’s care. You are doing everything right by continuing the conversations about Palladia, and her overall care. Instead of burying your head in the sand you are confronting things head on and creating the best plan for her needs. We applaud you for that

I hope the swelling has gone down and she checks out with a flying colors. In the meantime, please, don’t beat yourself up. Having a Tripawd is a continual learning experience. You don’t know what you don’t know and there were certainly times when we allowed Jerry to overdo things. It’s so hard to cut short a walk or a romp when you see how much fun they’re having and living in the moment. We still occasionally allow that to happen with Wyatt Ray . It’s always a learning experience and I wish you wouldn’t blame yourself. She doesn’t now, or ever.

Sending lots of hugs your way. We’ll be waiting for an update.

How did you get on at the hospital, Teresa?

Adding my happy positive thoughts for Mlle. Cow and you too Teresa. If I may quote my father: “Worry works. The stuff I worry about never happens.” It’s not much of a philosophy but maybe it can help on occasion.

No more beating yourself up! You are the bestest mom possible and Miss Cow could not be more loved.

Waiting for an update along with everyone else.

All of you are right !

Eurydice overdid it and it was my fault but as you say when our babies are upbeat and having fun we humans come along happily, don’t we ?

7 days of Metacam and we will do a revaluation after that but it will probably be enough.

I had a long chat with the vet at the hospital today and she told me if it was her baby girl she would do palliative care now.

That includes acupuncture, osteo and lots of meat for protein.

I am totally up for it !

HEADING FOR HER ONE YEAR AMPUVERSARY AND WE ARE STARTING THOS PAWTY RIGHT NOW!!! YAAAAAAAAAY FOR OVERDOING IT!!! 🙂 Only this crew would think overdoing it is a reason for celebrating 🙂 🙂 🙂

And I love that your Vet is open t ANYTHING that works toward Miss Cow’s well being and continued comfort and joy and happiness!! Move over ham, there’s some red meat taking your place! 🙂 🙂

Had to gobe find a bigger happy face….the ones above were too little!

And TERI, I love how your Dad tweaked “worrying”! A very wise Dad!

Alright Eurydice! No don’t scare your Mom! You’re gonna get lots of red meat topped with ham and ice cream! Yes, ice cream DOES have protein! 🙂 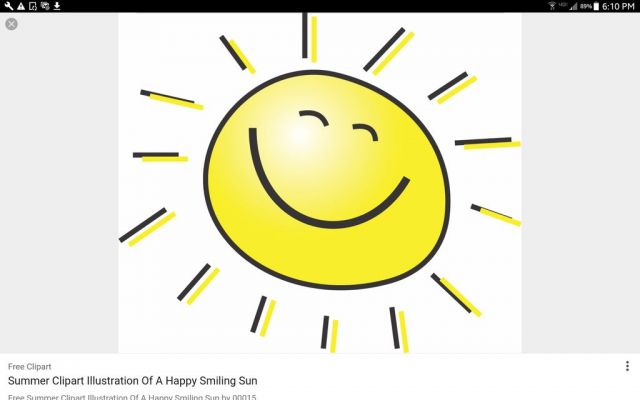 Yeah for a anti-inflammatory, Miss Cow had too much fun! 👏🏻🎉🎉
So happy to hear she just needs some meds and a little less fun for a week.
The acupuncture will also reduce the inflammation .
Holistic route is a great route to take!
I think you will be surprised with the results!
Eurydice is no doubt happy and enjoying her life & will continue!
More steak for Eurydice! 🍖
Go rest with Miss Cow please!
Hugs!

SWEEEET! This is such a relief, thanks for the great update. Enjoy the cuddles and R&R!