HAPPY HANNAH hanging out with BARNEY and JILL...WAIT! Did you say JILL??? How can that be?

Yeah, check it out!! Happy Hannah's just chilln' with Barney before we ship him off to.....OOPS! Shhhhh....his next destination is top secret!!

Anyway.....Jill's "stunt double"...or a Jill "wanna be", just drops iin on Barney and Happy Hannah!! Pretty special huh?? As you can see though, the Jill impersnator scared Barny! He's trying to hide behind Happy Hannah.....he was screaming like a girl the whole time!! . 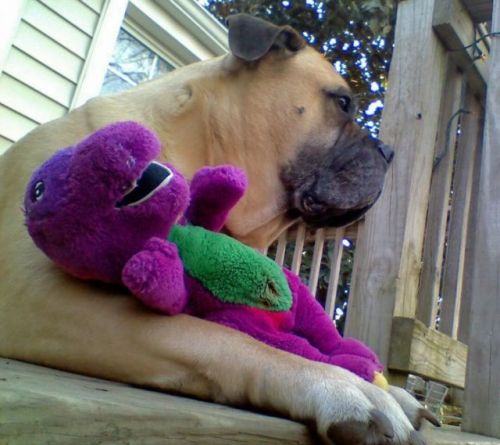 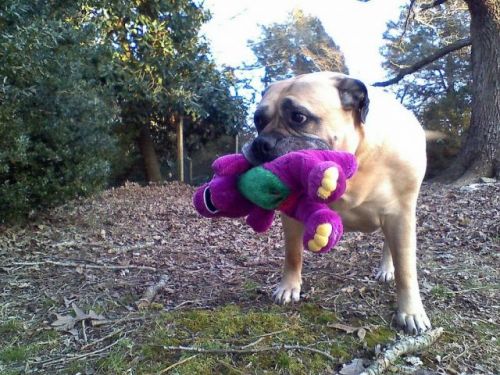 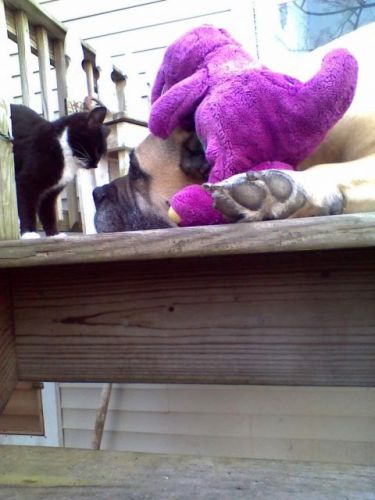 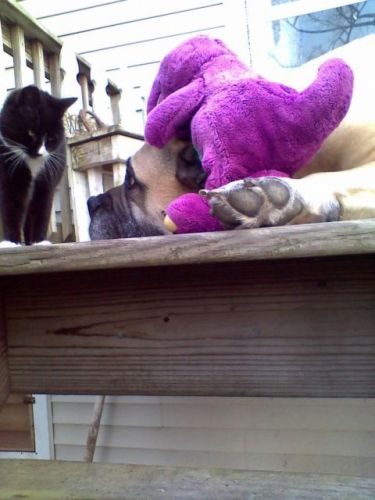 Hey Jilly wanna-be, way to go! Barney is definitely shakin' in his boots when you're around!

I wonder where Barney is off to?

Omg it's an itty bitty jilly! I think Hannah wants you to adopt her!!!!!!

Awww Hannah, I am glad you had a great visit with Barney.  That baby does look a little like Jill.  Shhhhhhhhhhhh no telling where Barney is going

Am I mistaken, or did Barney get a BATH? Maybe it was all that diving experience. SAlly, you are going to have to start shopping the yard sales and flea markets so Hannah can have her own personal Barney. And yes, I think we saw that Jilly kitty there in a previous video, didn't we?

Thank you Hannah!!!!  Your snuggles with Barny are priceless.. and you are so tenderly holding him in your mouth!!

Christine... with Franklin in her heart♥

So glad she's getting to visit! That kitty really does look like jill...

Cody is our 7 year old Australian Heeler mix boy. Diagnosed on 2/20/14 and became a tripawd 2/21/14! We chose a homeopathic approach and he is being treated by Dr. Loops our of NC.

Hannah may need a new "stuffie" to go with the other babies she likes to carry around....and I don't mean the Jilly look a like