There's a Pawty going on right here. A celebration of a Tripawd Year. So bring your Tripawds, Spirit dogs and Monkey Butts too, the February Furballs want to PAWTY with YOU!

Let's dress up and have a virtual celebration together!!! Everyone, everywhere is invited!!!!

This is a bond that can't be broken by time, distance, or death. EVERY single one of us is entitled to celebrate, even Princess Rio (especially Rio!) who is such a trailblazer that she hurried on ahead of us. She is waiting for us so that when we show up, we won't be scared or lonely. So all FOUR of us will pawty! Ah ah ah!

Let's get this pawty started. Crank up the Duran Duran to ELEVEN and dance till you can't dance no more!!! Cuz you know where ever Rio is, there's a party happening. She was all about living it up...

"Oh Rio, Rio, hear them shout across the land
From the mountains in the north
Down to the Rio Grande..."

Moose and Squirrel, reporting for da pawty!  We loves a good pawty. 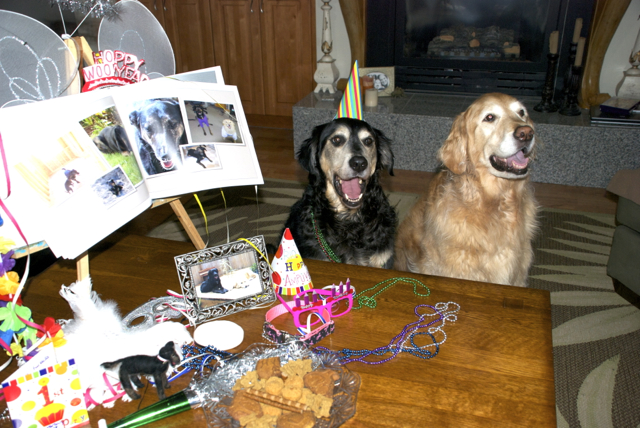 I, Monkey Butt Daisy prefer my "tripawd parties" with icing and sprinkles

Me 'n my pawty pals are livin' it up in Doggie Heaven for all of you! Woo hoooooo!

Count me in for the pawty, kids!!! I'm all about a good time! And me and Jerry and everypawdy here are gonna pawty all month for the Feb Furballs (the rest of them might get tired, but I'm gonna keep this pawty going!!!). 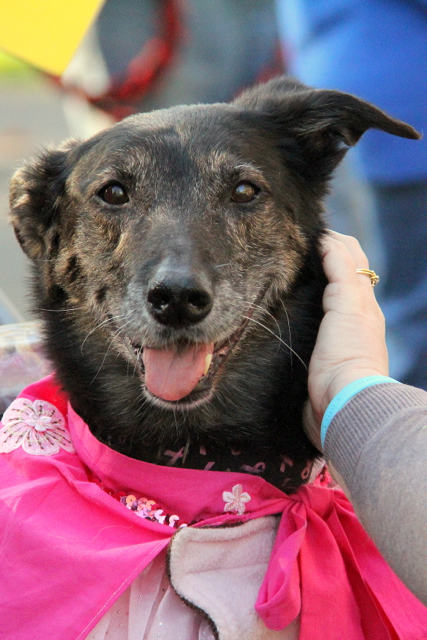 I want to pawty too! I want to celebrate w/ all the Feb Furballs!

Will this do for a pawty hat/dress? 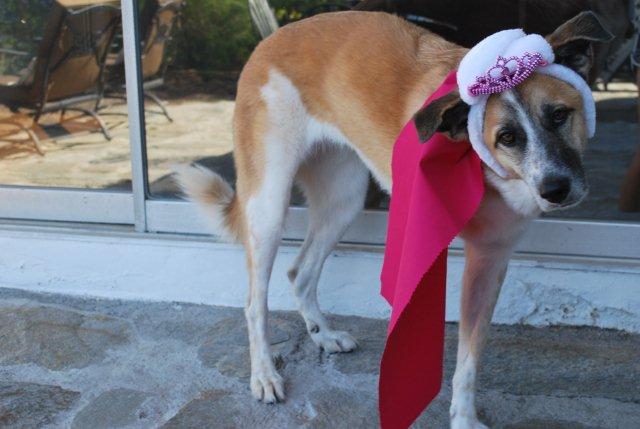 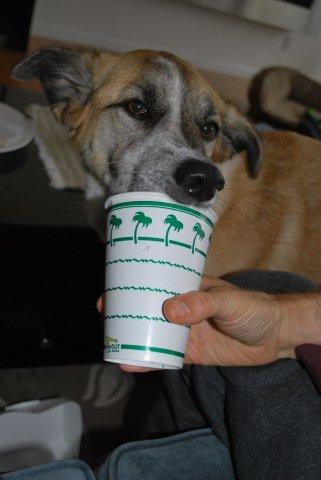 Nothing like a couple of beautiful gals to get this pawty started! Wooo hooo!

Hey, we missed one February Furball Ampuversary!  Spirit Gayle was February 17th!  It would have been her 2 year celebration!

Indeed, Gayle must come! We don't know everypawdy's special date, and that's why we threw the doors open wide. Come one, come all! Our dates are all over the month, so we figured it's safest just to have a party every doggone day! Well? What are you waiting for? Go have fun!

thanks for the invite!!  we say, gayle was 'february' when 'february' wasn't cool.....   i'm sure she'd love a party, however it will definitely lead to a medicinal nap, especially after all those wonderful yummies!!! 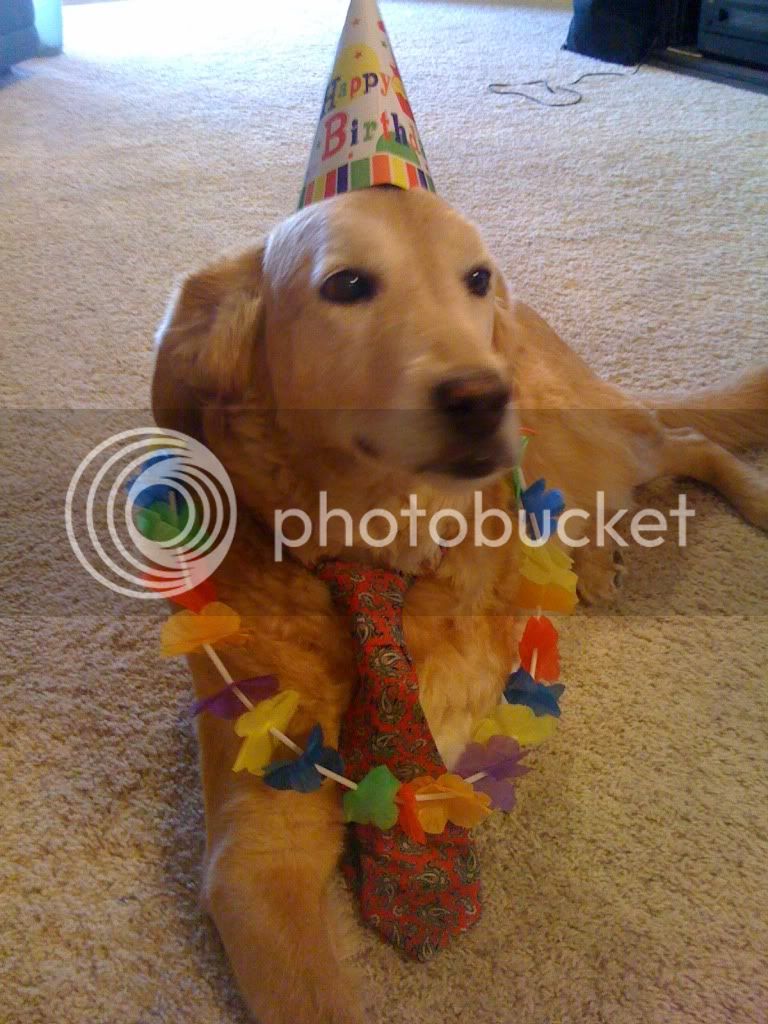 I am waiting for the good stuff to show up. If you dress me up and make me wear a tie, I expect some damned good stuff. Bring it on!

Beauty this good takes a lot of sleep.