February Furballs invite you to a PARADE OF CHAMPIONS

It is that time of year, February. The time of year when the February Furballs join together to celebrate.

So, In that Grand tradition….

It was a brisk February Day. February 8, 2011 to be exact. The crowd was seated with their noses in the air. Tails thumping in anticipation. They hopped to their paws! There was a chorus of barking. Here she was, the beautiful Rio, hopping along in her new Tripawd journey! She was sporting a tiara and the ampuatory torch that so many before her had passed along! The crowd went wild with appaws!

She turned the recovery corner and was greeted by the handsome Dakota…aka…D Dawg. She passed the ampuatory torch and Dakota began his Tripawd journey Feb. 11, 2011. The crowd was in wild appaws again

Dakota hopped along and there he met Bud. It was now his turn to pass the ampuatory torch! Feb 12, 2011, Bud began hopping along his Tripawd journey! Again there was appaws

Throughout the journey these three champions were always given the support of this nurturing Tripawd community!

Today it is Bud’s honor to continue carrying and passing the ampuatory torch for his friends!

On February 12, 2013, Bud will celebrate his TWO YEAR AMMPUVERSARY!

We are the Champions my Tripawd friends, we battle cancer, MRSA and loss of limbs….

Love never ends…cause we are the Champions my Tripawd friends.

This month of February, please celebrate your Tripawd champions! Post pictures or comments on your Champions, new, old or angels…we want to see them here! Parade with us!

Ps…yes that it a rawhide torch

So awesome Congratulations to all of these babies.  Angel Dakota & Rio.  Congratulations Bud.  Keep going 2 years is so awesome.  Sassy will be celebrating 3 months in 9 days

So Happy ampuversary to all of you.

Hooray for the February furballs! I’ll post a pic of my Champion soon – on the iPad and can’t do it from here.

Oh Bud. We are so happy that you keep carrying the torch for us. I can’t even tell you how happy I am that you just keep hopping along. As long as you keep the feb furball traditions going strong, then we can send you all the love we are feeling for the others who are gone now. So this February, consider yourself loved beyond words from me, because that’s what I would be giving to my Rio.

Bravo! Bravo! Whether an Angel Dog or a living Tripawds Warrior, our February Furball Heroes will always be a part of our hearts.

Huzzah to these beautiful angels, may you live on furever.

Thanks so much to Bud’s family for starting the party! I’ve been wanting to get February off on a good note but didn’t really know how. Bud is doing a splendid job!

I remember this time last year. Rio had just earned her wings the month before, only a couple of weeks before her first year ampuversary. I was heartbroken. I felt tremendously guilty. Here I was about to celebrate one year for Dakota when Micki did not have Rio. Micki told me not to feel guilty, that she was delighted that Dakota and Bud were carrying on. This  year we are without Dakota. I’ve had other members tell me they feel guilty because they have their dogs and I do not. This I understand.

To anyone who reads this, please know that we do take great pleasure in seeing the successes of your dogs (and cats!). When they endure 6 rounds of chemo and get their energy back, we are relieved. When they celebrate 6 weeks, or 6 months, or 16 months, we celebrate with you.

As long as there is one of you carrying on, there is reason to celebrate.

Here is one of my favorite pictures of Dakota doing what he did oh so well. I miss you D, but I am so happy you found me.

Congrats to you furballs!  As Shari can tell you, your group is SUCH an inspiration to me.  What we have all been through/continue to go through together forms such a bond and i can only imagine how much strength you provided for each other during the difficult time you went through.

Hip hip hooray for you alll, may your angels shine down upon you everyday and may Bud live a long long healthy life.  You truly are inspirational.

Dakota Dawg said
As long as there is one of you carrying on, there is reason to celebrate.

I love that pic of Dakota. I get all toasty warm and mellow just staring at it, it really captures the essence of his sweetness.

Smilin’ Sammy, MB Wrigley and I pay tribute to the February furballs and offer congratulations to Bud. Two years is amazing!

I am adding a photo of Sammy and hope many others join this thread: what a wonderful way to remember our Tripawd warriors. Each is so singularly special, and all brought such joy to their families’ lives. Their fight was, and is, an inspiration to us mere mortals — and a lesson on both living and dying with dignity. 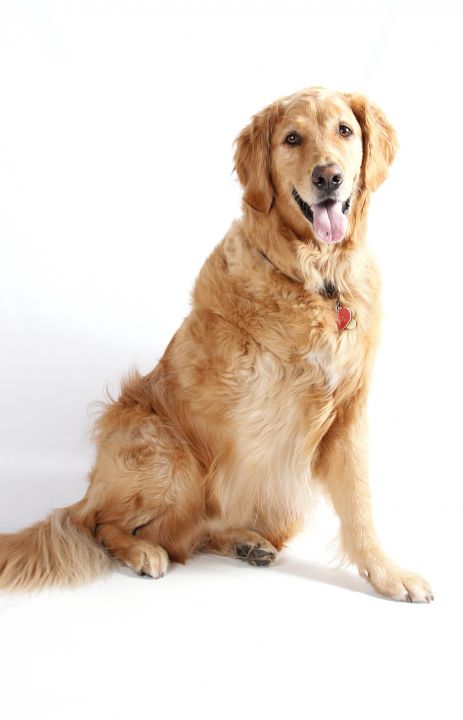 Smilin' Sammy, March 16, 2004 – Dec. 5, 2011
Golden retriever, diagnosed with osteosarcoma in September 2010 — right front leg amputated November 2010. He fought valiantly to stay with us; but a second diagnosis of osteosarcoma, this time in his left front leg, was more than our golden warrior could overcome. He loved his pack — and everyone else he met.
We loved him even more.
Thanks for the pennies, Sammy. They helped. 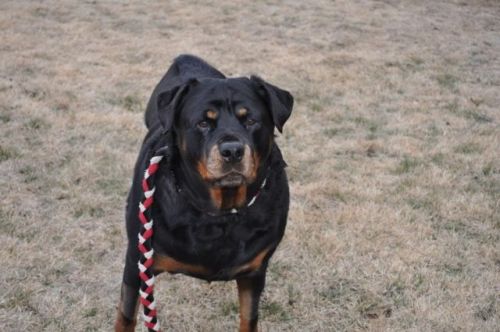 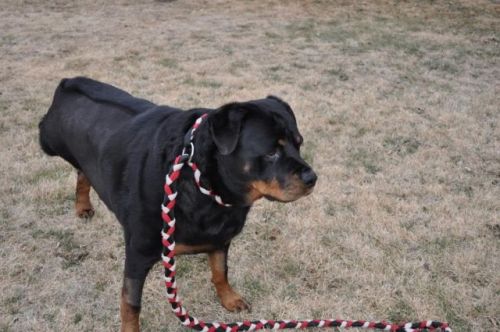 The February Furballs were there for us when we found Tripawds in March, and for this I will always be grateful.  So special thanks to Angels Rio and Dakota, and to Bud for carrying the torch.  Every Tripawd is a Champion in my heart. 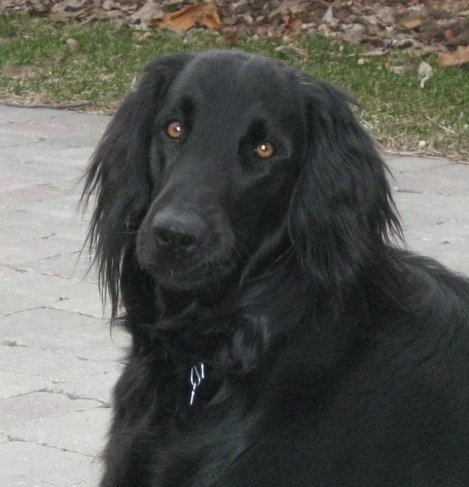 Every Tripawd is a champion indeed. These pictures and memories are so beautiful, thanks for taking the time to share them with all of us. Every story helps another person who feels scared and lonely not be so afraid anymore. Thank you.

A Big THANKYOU to every one who has posted and honored all of our Champions!

AngelAbbysMom said
I’ll post a pic of my Champion soon

Please keep them coming…we hope to see them all! February Furball pawties last all month so you are DEFINATELY not too late!