Eisen and I are together again. 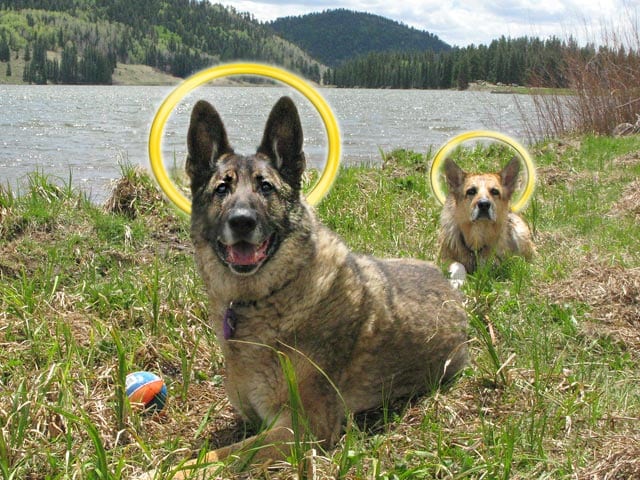 It is difficult to share this sad news, because I know how much it broke my pawrents heart to hear it. But on Saturday, April 28,my dear friend Eisen earned his wings in Colorado.

I will try not to be sad, and hope that the hoppy memories of me and Eisen will dry the tears in my Momma's eyes. You see, Eisen was the last surviving pup in my circle of Tripawd friends who I played with. We are all angels now.

He is no longer on earth, but what an amazing, beautiful life he had, for 13 years!

Don't cry because it's over.  Smile because it happened.  ~Theodor Seuss Geisel 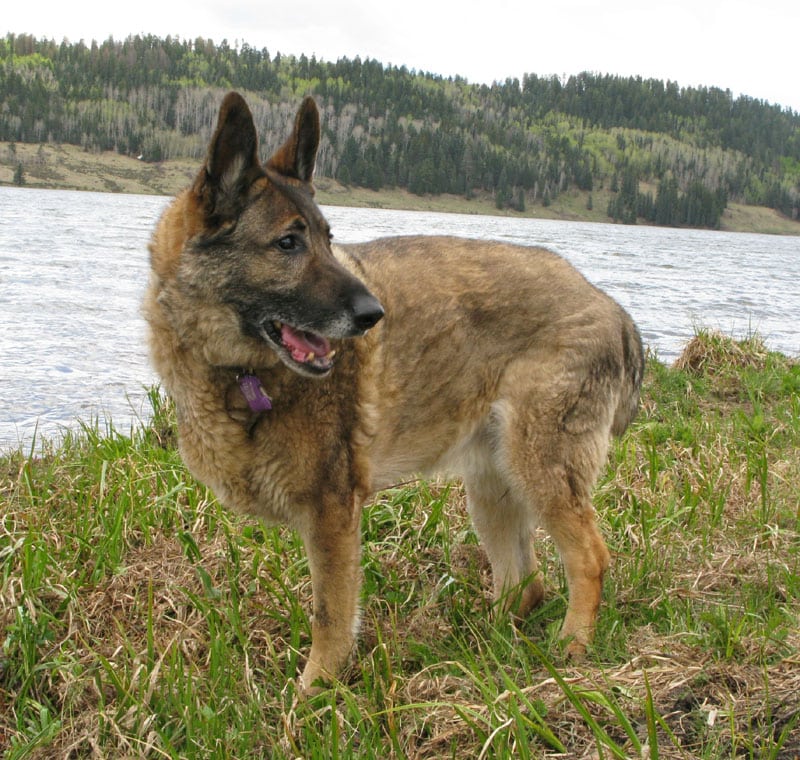 What makes Eisen especially remarkable is that for the last four years, he beat osteosarcoma, and proved that nine out of ten statistics are wrong!

As one of the earliest Tripawds members, it feels like Eisen and I have known each other all our lives. When his mom wrote to us in 2007 after he got diagnosed with bone cancer, I told her "Don't worry Ma! Eisen will be fine. Remember, his name means "strong"! 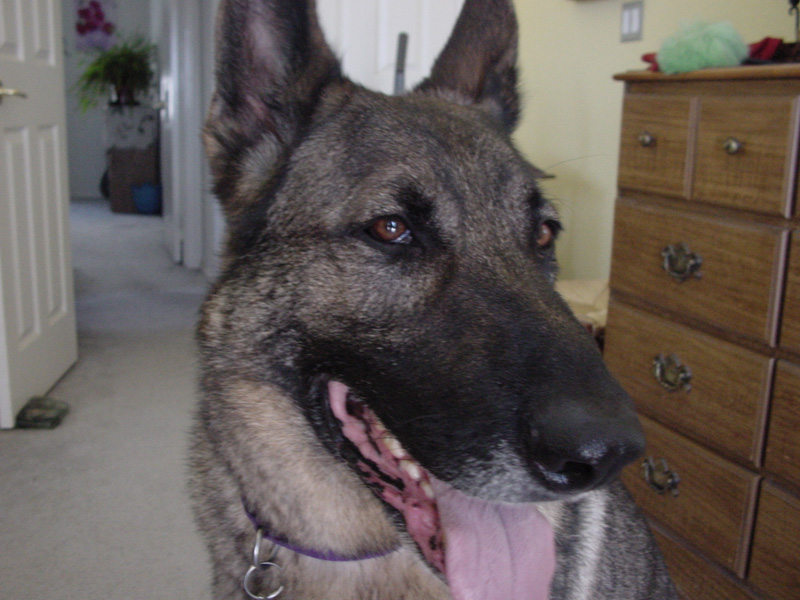 Eisen lived up to his name.  Chemo? Forget it. He didn't have any. Instead, he and his momma made the most of the cards they were dealt. After the diagnosis and amputation, they listened to their hearts and focused on quality of life, not quantity. Perhaps he beat the odds because they followed the holistic advice of Dr. Charles Loops. You just never know what cancer will do.

The last few years were met with some of life's toughest challenges for Eisen's pack, but in typical German Shepherd fashion, he was always there to put things in order, and perspective.

Eisen made sure that everyone understood their mission: to live life to the fullest! 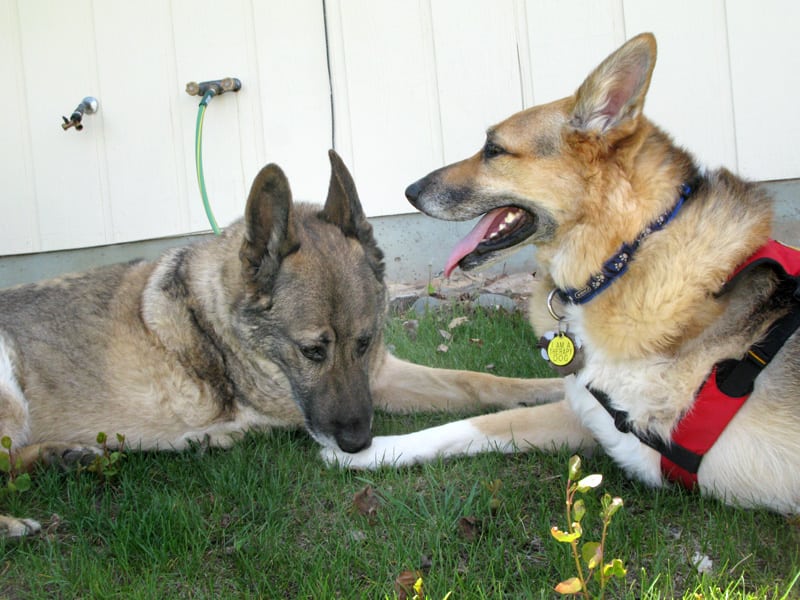 Our play dates seem like a million years ago. Those picture perfect Rocky Mountain days will always stay in my pawrents' hearts, forever and ever. And when they think of me and Eisen playing together again on the big mountain in the sky, they smile.

Eisen my friend, it was an honor to have you in the Tripawds community. You will be missed tremendously, and remembered forever.

This is so very sad but at the same time Eisen was such a Superior Tripawd Warrior!!!  FOUR years to the ripe old age of 13 for his breed on top of OSA...UNBELIEVABLE!!  You are such a hero in my eyes Eisen.

My thoughts are with his family he left behind

I know that Eisen will be missed terribly by everyone's life that he touched. What a remarkable boy! Now that's the way to do it! So glad that he could live his life to the fullest!!

So sorry to learn about Eisen's triumphant life and ending all at the same time.  He is a tripawd warrior for sure.  My heart goes out to you during this sad time.  Please know that Jerry and his friends like Eisen have been a lifeline for us on this tripawd journey.

So sorry to hear this news about Eisen. He was indeed an inspiration! At least he and Jerry are now having a good time together again at the bridge.

Sending strong, peaceful thoughts to Eisen's extended pack.
What an amazing, inspiring story... a life well lived. I know the good memories will help ease the pain of loss. How blessed his family is to have him share their lives for 13 years.

Awww.  Eisen was a great inspiration!  But what a wonderful group of tripawd angels there must be romping around and playing!

My deepest condolences to Eisen's family.

So very sad to hear of Eisen's passing.  I'd followed Eisen's story since joining tripawds; he was truly an inspiration to all those who followed in his pawprints.  He will be missed but not forgotten.  Sending hugs to Eisen's pack (he had an amazing mama), and you too, Jim and Rene; I know how special Eisen was to you, and to Jerry.

Scout's diagnosis was "poorly differentiated sarcoma"; amputation 1/11/2011.  Scout enjoyed 9 fantastic years on 4 legs and 9 glorious months on 3 legs.  If love alone could have saved you…

Eisen fought the good fight, indeed, as do all tripaws and their families.  His life is a shining llight for us.

eisen was indeed a tripawd warrior, what a wonderful life.  our condolences to his family, he will be missed by all of us.  love never ends.

Yeah, this was an especially difficult loss for our pack, for sure. I know it is for his Momma Stacy, they went through a heck of a lot together. She's not a Forums person but I know she reads and she wants to write something when she's ready.

For some reason the videos didn't show up in this post. Here they are if you haven't seen them.

I am so sorry to hear this. He will be missed by all. I hope you are comforted with the thought that he is running around pain free, whole again at the bridge with all of his friends. What an inspiration. 4 years is amazing!

So sorry to read about Eisen. He was, and is, a true inspiration to all tripawds everywhere. He proved that the statistics are made to be challenged and that cancer CAN be kicked to the curb! Run free Eisen, Jerry and all of the other Tripawds that have gone before you will welcome you with open paws.

Tai – 9 yr old lab. Diagnosed Osteosarcoma Dec 18/09. Front right leg amputated Dec 21/09. Started chemo Jan 7/10. Lung mets discovered Sept 16/10. Valiant to the end on Oct 26/10 when cancer reappeared in a leg and we made the decision to set her free. Forever in my heart where not even cancer can take her from me.

Oh, I am so very sorry....  Eisen and his pawrents had a wonderful long life together, despite the odds, despite the vile cancer, despite amputation...  He was truly a hero, and here, at the very least, he will never be forgotten.  He proved that the odds can be beaten.  Rest well, my friend and give Rio some kisses when you see her (she always was a sucker for the handsome sheps!).

So sorry for your loss.   I love stories of the statistic breakers!  Yay Eisen!  Even in spirit, his story will continue to give hope to so many of us.  Such a blessing!