How to get more groovy Tripawds bandanas?

At the Norcal meetup in November, Chance got an ‘I <3 Tripawds’ bandana. It has since become riddled with holes and dirt – he wears it every day! Having trouble finding where to find another one for him. Would like to get one for his four-legged brother as well.

Can someone point me to the right place or right person to ask?

Hi Patricia!!!! So good to hear from you and Chance! How is Chance doing?

Alison with Spirit Shelby in her heart (and little Jasper too)

chanceypants said
Can someone point me to the right place or right person to ask?

Thanks for asking! And thanks Alison for answering so quickly!

The new Tripawds bandanas are now available in two sizes…

Name Your Price for Tripawds Bandanas!

And just to show the many ways one can wear the tripawds bandanna!

My Happy Hannah decided to show her flair for style this way: 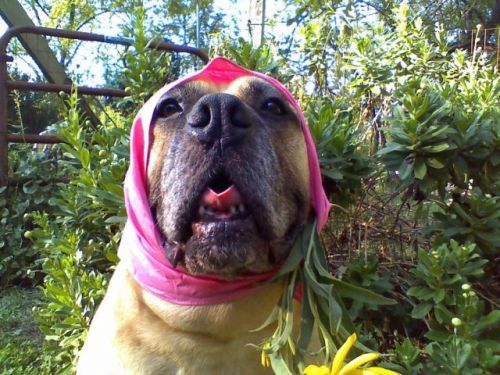