Miskisa is a 4-6 month old neutered male husky mix who's left front leg was amputated on 09/15/2019 due to severe necrotic dog bite wounds. His owners surrendered him to our hospital when they could no longer afford to treat his wounds. He was has wounds on his right front leg that are healing well. His left front leg had suspected fractures as well and much of the flesh becoming necrotic to the point where removal of said tissue resulted in exposed bones. He also had severe dental issues resulting in many of his adult molars having to be removed. He may require further dental services. He was neutered at the time of amputation. He has not yet received any vaccines (his surrendering owner hadn't given any) due to the severe infection he had for which he is still being treated.

His adoption fee is $100. The hospital will be covering all of his vaccines including Distemper/Parvo combo, Leptosporosis, Rabies, and Bordatella. We hope to start his vaccines next week and he will need boosters 3 weeks post.

Miskia seems to get along with other dogs in that he generally ignores them. He has not been tested with cats. He came from a home of 6 children but we suspect they may have not been so dog savvy. He does not have any obedience training. He will need an owner that understands the Husky breed and their tendency toward separation anxiety. He is already showing signs of separation anxiety.

My name is Rachael and I am the adoption coordinator at Alta Vista Veterinary Hospital in Phoenix, AZ where Miskia resides currently. We would be willing to allow fostering/adoption in a Tripawd and Husky experienced home. Fosters must be willing to bring pupper back to us for vaccinations/treatment if we are to cover it. If you would prefer your own vet, that's fine but we will not cover treatment elsewhere.

Photos could not be attached. Sorry!! Can send via email.

Rachael thank you so so much for helping this sweet doggie. Please thank the vets at your clinic too! We will do our best to help get the word out. Photos would be great, please email me and I will post here, then get the word out.

Thank you so much!! I've sent you the photos. They aren't the greatest... But they're what I've got for now. 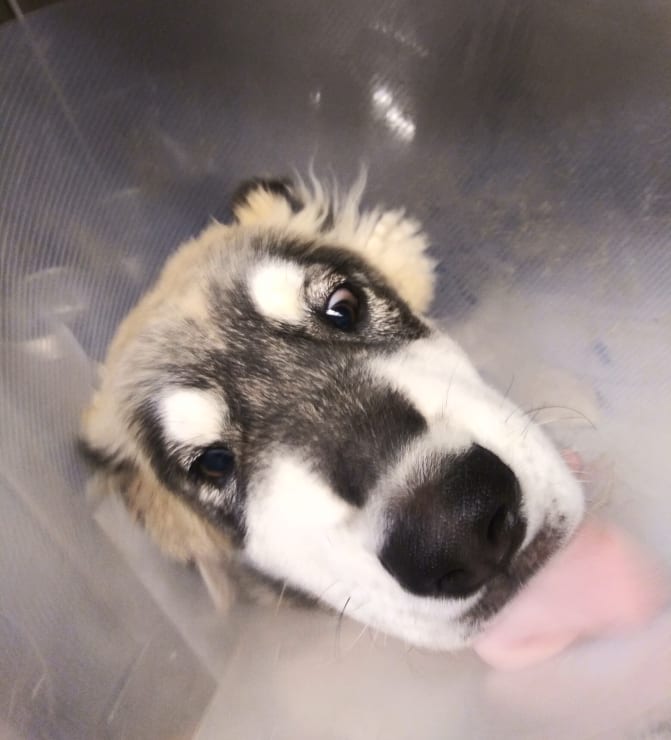 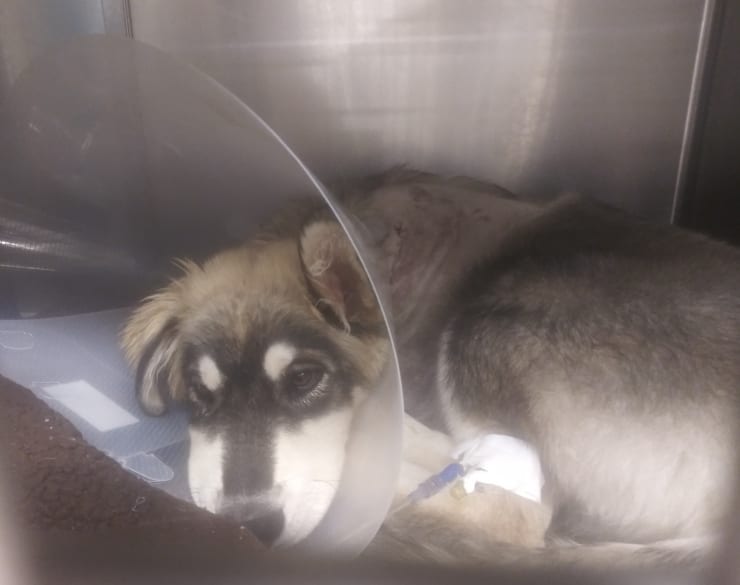 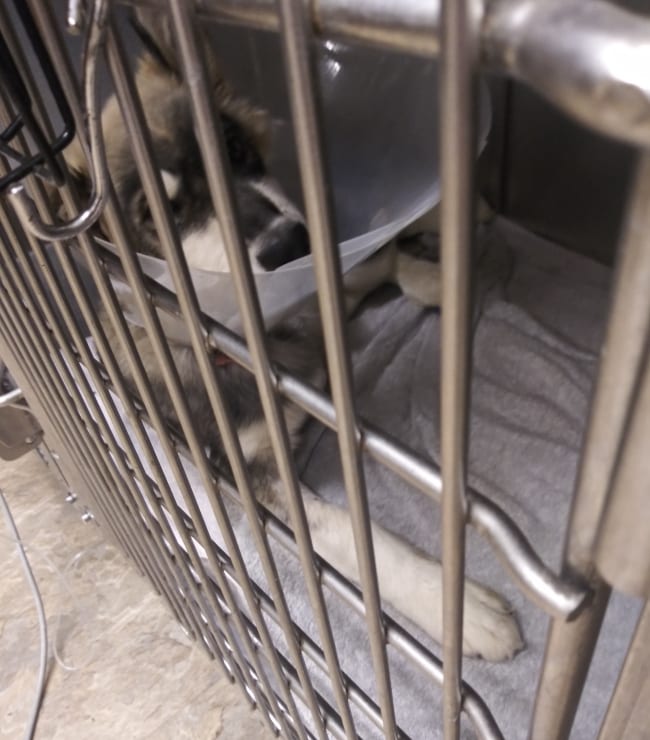 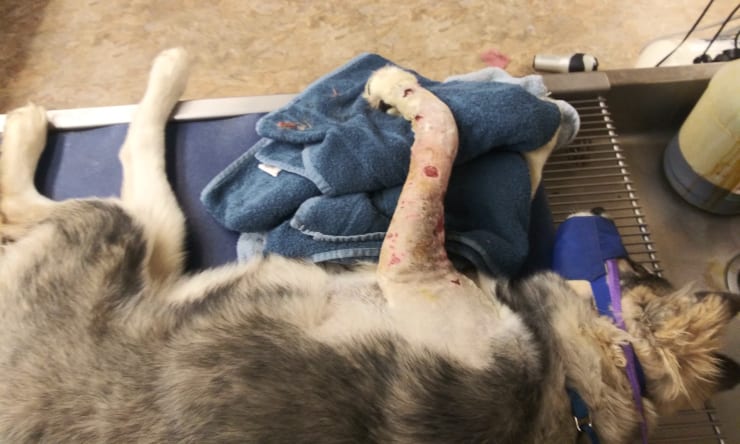 The photo of his leg pre-amputation is of the less gory side... The underside is where all the bones were showing :'( his radius and ulna were exposed just beneath the elbow. Three of the four metacarpals were also exposed and the dew claw was ready to fall off. He's doing great now!! Will take new photos soon!! Thanks for sharing them for me!

OMD!  THAT FACE!!!  Love her coloring! Really hope we can get this beautiful  tripawd the loving  furever home she deserves 😎

Thank you Rachael.   Very kind  od you to take the time to help this sweet pup.

Just got some new photos - sending to Rene here in a few. Also, baby boy got his Rabies and Bordatella 1 year vaccines today. He also started his Distemper/Parvo series of which he will need a booster. Since he's already past the puppy series age, he'll get just 1 booster.

I am in LOVE with him! 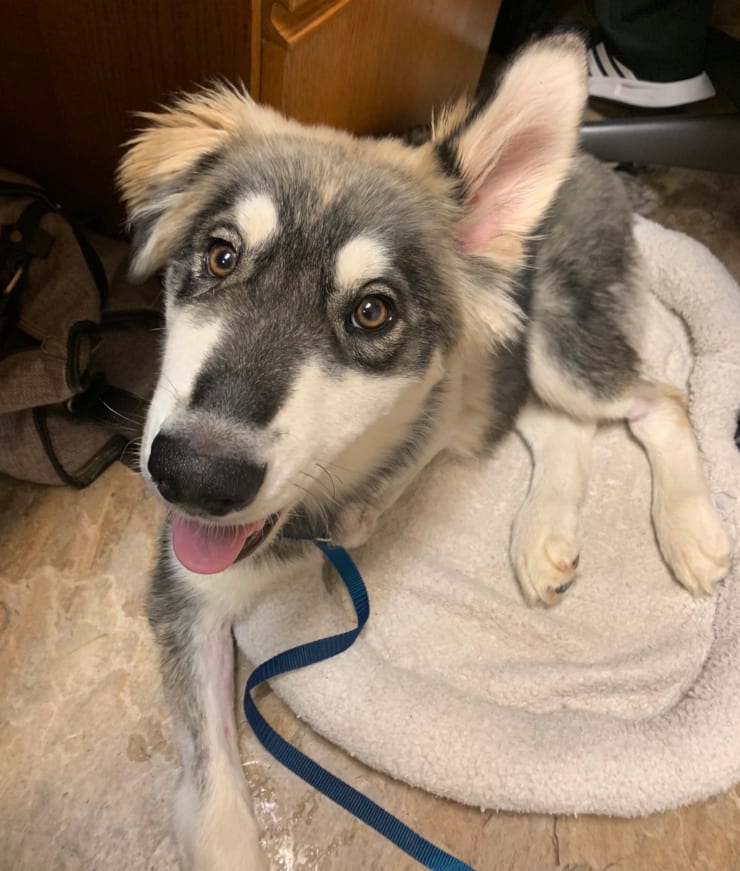 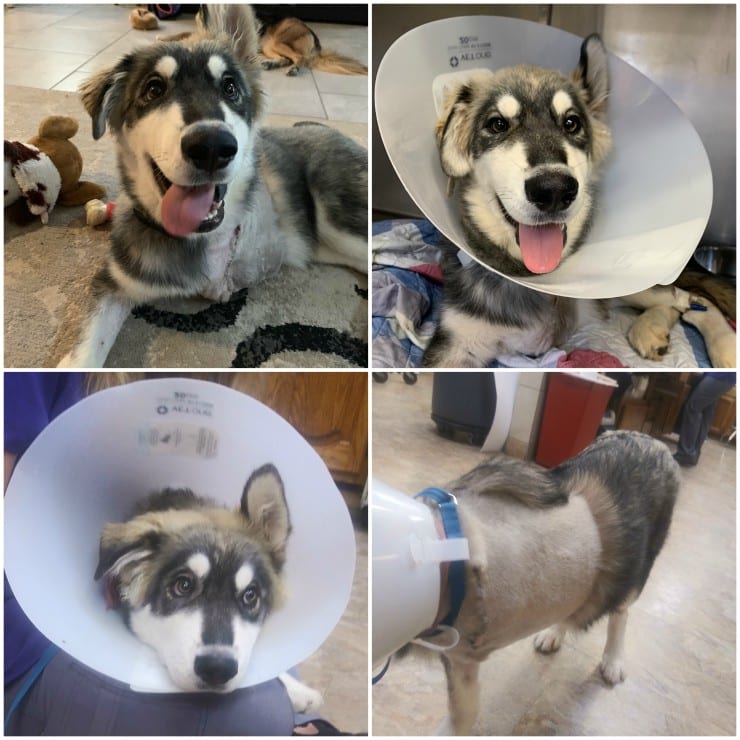 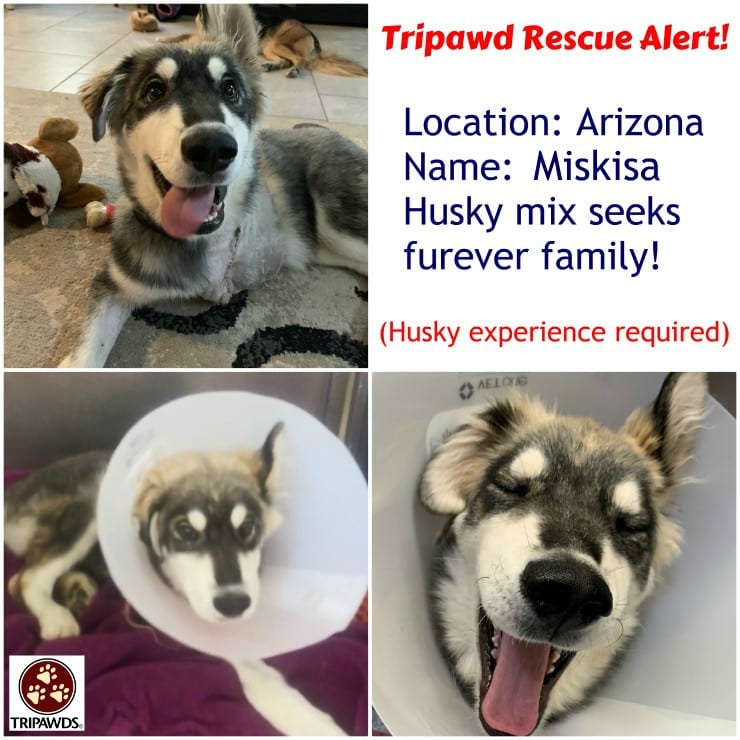 Our sweet boy is nearly fully healed from amputation. He is off all medications including antibiotics and pain medication. He has received his first shots including Rabies, Bordatella, and DA2PP. He just needas 1 booster to be fully vaccinated. His adult canines are coming in putting him at roughly 5 months old per his veterinarian at our hospital. His other dental issues appear to be resolved!

Miskia is READY FOR ADOPTION as of today. Please help share!

Again we are in Phoenix, AZ!

Thanks so much for keeping us updated....and for bumping  rhis thread up.  You are a Saint😊

For sure!! Thanks for all the support!! Hope we can find him a great home 💜

He is doing great! He is fully recovered from surgery. All staples and sutures have been removed. He will receive his 1 year DA2PP vaccine on 10/14/19 and be fully vaccinated and ready to go.

We have discovered that Mishka has an aversion to both men and children. He warms up to men with lots of love and praise and treats. We have not tested him again with children to desensitize him due hospital liability.

Please share Mishka's story for me. We haven't received a single call for him...

Glad to hear the update.  Bummer to hear no I terest..,none.

Thank you  again Rachel.   So kind of you😊

Thank you for the update!

We've been sharing him with friends, on social media and there are lots of likes and tags to other people, so hopefully you'll get some leads coming in. Stay pawsitive, his perfect pawrents are out there!

Okay, a real loooong shor, but you never know.

Have a work acquaintance  who just had to,put his Malamute "down".  He is beyond devastated.  He is definitely  open to adopting another dog.

Now, the challenge, he lives in Virginia.

Guess the first question...are out of state adoptions possible?

If so, then of course, we'll need to figure out transport.

Have not mentioned Mishka to him yet.  Interesting  little tid bit, prior  to Odin (his Malamute), he had a pupper for thirteen years named Misha.  In my world, that's  a aign😎

Let me know if it even a possibility  before I mention this precious  Misha to him.  The fact that she has an aversion  to men is something  I know he could overcome with her easily.  He has no children.