This morning, Ranger earned his true independence.  He was almost 12 years old.

We got Ranger and his sister Libby from some friends who found them on their front porch the morning after Thanksgiving in 2008.  They came to live with us in Houston and throughout the years gave us unlimited love and joy.

In August 2019, Ranger had his teeth cleaned and also had a benign growth removed from his paw.  A couple of weeks after that healed, I went to the grocery store.  Upon my return, Ranger was limping.  He had been inside the entire time I was gone, so could not chalk up the limp to an accident.  We took him to the vet for examination and she decided to take a couple of x-rays.  When she came back into the room, she said that she thought he had bone cancer and referred us to a specialist.  Long story short, Ranger had his front left leg amputated on October 22, 2019.  And now comes Tripawds to the rescue.  Ranger was not a dog that liked change, and having that limb removed really threw him for a loop.  When I became disheartened, I got my strength through my friends on this site.  After not wanting to walk for 9 days, he finally took his first steps.  On to chemo we went, hoping that the treatments would gain him another year or more.  He finished treatments in March with no visible signs on metastatic disease.  He had a check up at the beginning of June which indicated some fluid outside of his lungs.  During his last check up on June 30th, the fluid was gone, but several masses had formed.  We had already decided we would not put him through another round on chemo, and the oncologist agreed.  He told us we probably had another 2 or 3 months with him, but that was not to be the case.  Early this morning, 7/4/2020, Ranger had several coughing spells.  He was a good boy and went outside to take care of doggie business, but once back in, it was evident that we needed to get him to the vet.  We put him in the car, I called the vet to let them know we were on the way;  but sadly, by the time we got there, Ranger was already gone.  But, he was with his human mommy and daddy and for that we are grateful.

Would we do it all over again?  Absolutely!  We did not want to risk Ranger breaking that bone and being in a lot of pain, so in our minds we had no choice.  I don't like how these last few months have been for him, but I am certain Ranger has regained the ability to run, play, and explore.

A heartfelt thanks to all of you who have been through this and are going through this.  I offer my thanks, my prayers, and my love.  Keep it going.

I'm so sorry about Ranger. I hope you find comfort in knowing that Ranger crossed over on his terms when he was ready.

Brownie Los passed in March. I'm not going to say it gets easier, but it is different. I now think of Brownie in happier days before the cancer journey.

From one lab to another I am sure Brownie was there to greet Ranger, and show him where all the best cookies are. We know how much   our labs live their cookies!

I have been reading a lot of books about the afterlife of pets. They all read that our pets know they are getting ready to part their earth suit and will leave us a memory moment. It may take us awhile to recognize that moment because of the grieving. I finally know what mine was, and you will remember the moment Ranger left you as well.

You and your family are in our thoughts and prayers....

Oh Cindy, I'm so very sorry. Thank you for taking time to let us know, it's not easy when things happen so suddenly and your heart is shattered. You are so brave, just like Ranger.

Your sweet boy is somewhere right now, free of his broken body, healthy, whole and happy. He was a true warrior with a beautiful spirit that will always surround you with love. Listen closely, he is never far.

Would you like to share photos of him? Or video? We would love to see them if and when you are feeling up to it.

Our deepest condolences to you and your family. It's stories like yours that give hope and courage to others to proceed with the journey none of us want to take. We thank you for being part of this community.

Thanks to both of your for your kind words.  I've started a blog to share photos and will share more stories about Ranger's life before and after amputation.  Somehow, I think that will be therapeutic for me.

Awwww thank you for starting Ranger's blog tribute, it's an honor and a joy to get a peek at the sweet life he had with all of you.

This is just priceless! 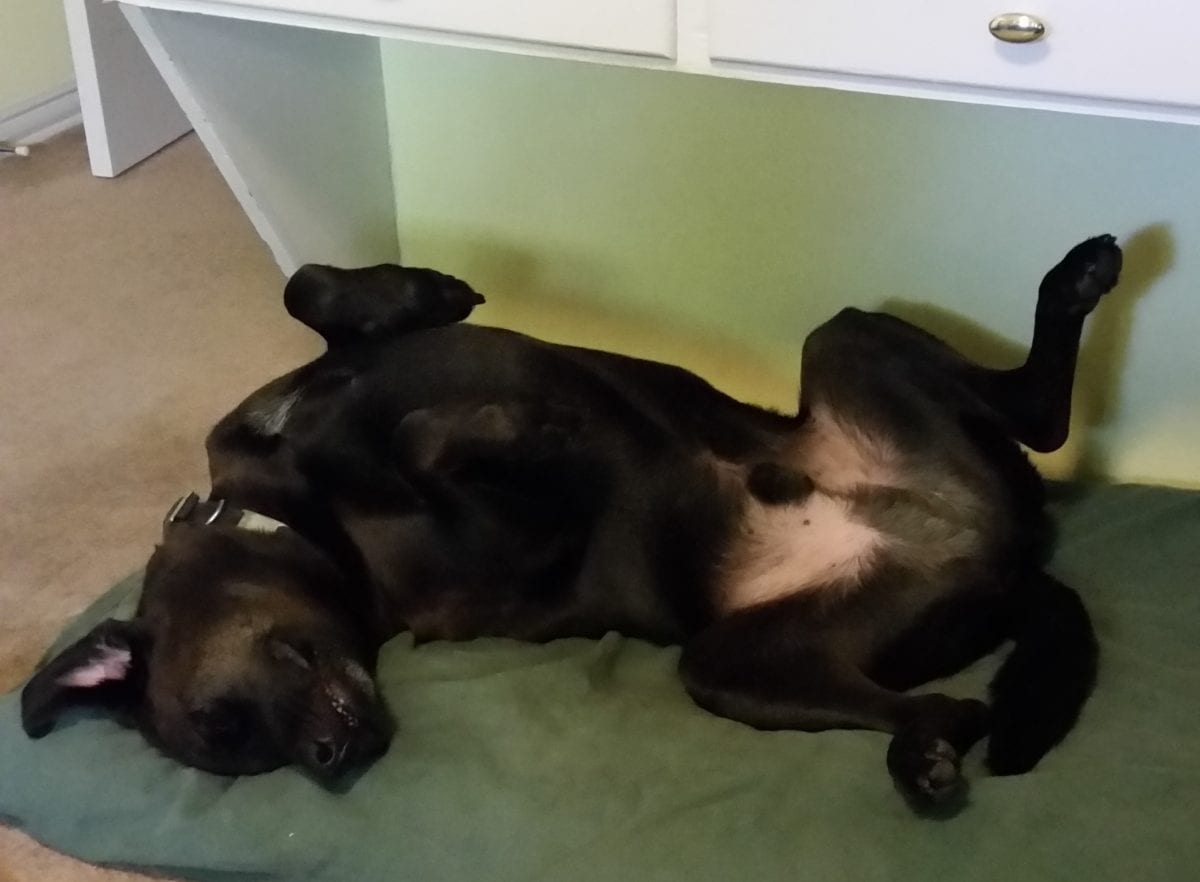 Cindy, I know the shock of how quickly things happened was awful.  This nasty crap disease  is so brutal and cruel and seemingly does what it wants, regardless of our Herculean  efforts.

Ranger exited on his own terms and with the people he loved most in the world, and who loved him with a depth that most dogs will never know.

As you navigate thru grief one minute at a time, I think in a bizarre way if "it" had to happen, you will see that Ranger made a strong statement  that he was done and did not want another Vet visit!  He clearly  took a stand!  No  more poking or prodding. He definitely  declared his independence  on his terms from all earthly  constraints.

And yes, as hard as it is to deal with the void, the change in routine, the loss, we all would do it again.  Uou got to spoil and love kn Ranger in ways you never even knew you could.  In hooman terms his bonus time was way too short.  As far as Ranger though, he thought it was the best time ever as he sailed through on glorious  moment after the other with his hoomans.

He showed everyone  that yes, recovery can be tough, but the other side of recovery  is worth it.  He will continue  to jnspire with what's possible, regardless of rough starts on this journey.

I'm  going to check out Ranger's blog in a bit.mmi know I'll be smiling thru the tears as I revisit the magic of having my heart touched by the Magic  of Ranger💖

Surrounding  you with Ranger's eternal ligjt that can never be dimmed

Such great, loving insight Sally! I agree that Ranger did things his way.

I made a tribute for Brownie. It was hard some days to get through. Sometimes I cried and sometimes I couldn't stop laughing. But once it was complete and everything was together I saw how happy he was, and that's all I ever wanted. It was really good therapy gping thru the grieving process. I also wrote Brownie a goodbye letter and keep it in his memory book. It's only for Brownie to read. I basically thanking him for being my boy.

I think doing a blog is an excellent idea.  I can't wait to see more pictures and videos.

As I always say, Labs Rock! They just do!