Have a great time at the Obedience Trial 🙂 A fun adventure for both of you!

FIRST TRIPAWD OBEDIENCE SCORE IN THE HISTORY OF  THE AKC

The AKC Virtual Beginner Novice entry you submitted has been reviewed and scored for:
ss13736206
Sassy Ari

These preliminary results are unofficial pending AKC eligibility verification, and may be viewed on your dog's AKC record once confirmed.

Points lost information: Wonderful teamwork here! Misc HE-1 (didn't see team leave ring).  I lost a full point because my camera stopped recording before we totally left the ring!  I had no idea we would get penalized for that but oh well, I'll take the 195!!!!  I'll be a bit more careful next two courses!  will be filming the next two courses this week now that the wind died down and the tripod will stay upright!  lol!

Keep the tripod upright 😉 and keep on rockin', congratulations!

WE ARE BURSTING WITH PRIDE!!  SOOOO PROUD OF. BOTH OF YOU!! 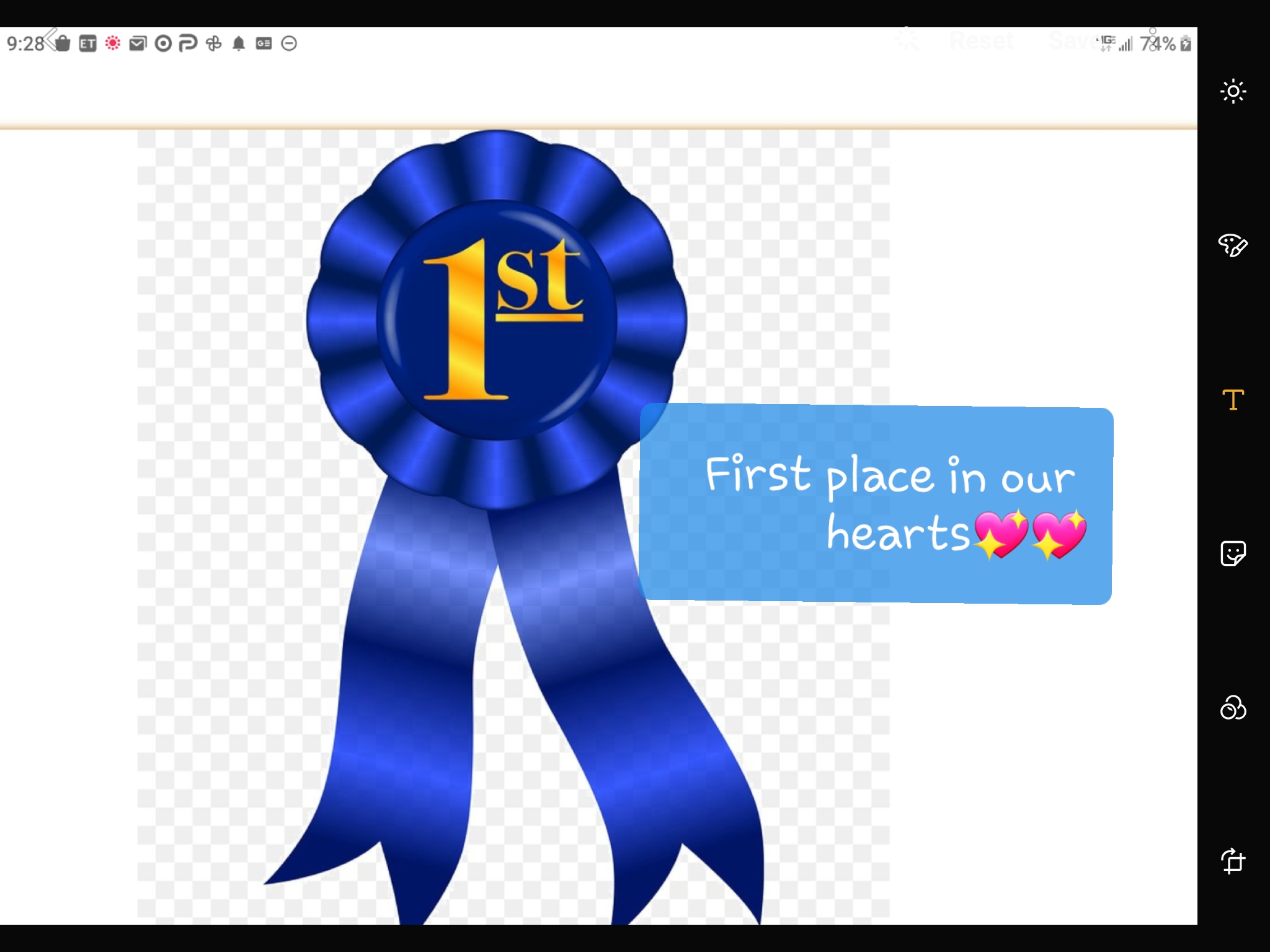 Ari, Chayce and I competed at Oriole Dog Training Club near Baltimore Maryland this past weekend! A first for all three of us! This was a Companion Dog Sports Program sponsored  Trial.  CDSP welcomes Tripawds in all their Trials! There were two Trials and Ari was entered into Beginner Novice A and Chayce Novice A.

Ari scored 193.5 out of 200 to finish 4th in the first trial.  She competed against 15 other 4 legged dogs!  Lol! First trial, for some unknown reason, Ari did not SIT FRONT on the RECALL and just whipped around me to FINISH beautifully in HEEL POSITION!  However, she was supposed to SIT FRONT first!  That was literally the first time she did that!  Also, on the FIGURE 8 instead of having the dogs walk around humans they had two chairs with jackets on the chairs.  Every single dog that I saw compete, stopped to sniff the one jacket the first time around and both Ari and Chayce were no exception!  I think there must have been treats in that jacket!  Since she blew the SIT FRONT I thought we would be out of the running but she ended up finishing 4th!!!

The second Trial immediately followed up the first for the Novice Dogs and Ari kicked it  up a notch and just about nailed every exercise for an impressive score of 198.5 finishing 3rd against the 15 dogs!!  She had a little lag during the Figure 8 and a crooked sit somewhere along the line!  Was tough competition...the winner scored 199.5 and second 199 and Ari the 198.5!  You can just imagine how proud I am of this little girl! Judge Joan Klinger LOVED Ari and was very very impressed with her athleticism and skill level!  Many members of the club gathered to watch her perform and there were many heads shaking is disbelief at how Ari performed!  So many folks wanted to meet her and of course, the little Therapy Dog reveled in the attention and administered many kisses!!  Lol!!

Chayce scored a 193 in his first trial and scored a 198.5 in his second trial.  He finished 1st in both since he was the only competitor but had very impressive scores also!

Clearly we had a blast and a very successful First Trial!!  Just a little disclaimer.  That jump behind Ari was for the Novice Dogs, not the Beginner Novice Dogs.  Ari did not jump that!! LOL!!

We will be competing in Andover NJ on June 5th to hopefully qualify in one more leg so that Chayce and Ari both earn their Titles!!

If anyone is interested in competing in either CDSP Trials or AKC Virtual Beginner Novice, and would like some info, please contact me!  I would be happy to help in getting you started!!!!

I would love to include a picture of Ari with the Judge Joan Klinger but cannot for the life of me figure it out!  LOL!!!  I'll try again tomorrow!  UGH!

And thank you Jerry and Virginia for the Kudos on Ari scoring 195 in her first AKC Virtual Entry!  This little girl just LOVES competing!  I just submitted her second entry today!  We'll see how it goes!

I am beyond excited to be getting started with Ari.  A year ago, I didn't think this was going to be possible!  But alas, here we go!  heheheheh!

Hopefully some other will want to pursue competing with their tripawds!  Would love to see another Tripawd entering AKC Virtual.  Maybe there is somewhere in the US!

I'll be working on doing a few videos on how I trained Ari for Obedience and Rally!

Have a great night!!

Thank you so much for sharing  all of this! I find it ao fasc!  And the details involved  in getting the score was quite interesting.

I found myself getting  a little "piffed" as I read about how Ari had a point, or te ths of a point, knocked off for this or that.  A "crooked sit"??  Grrrr..... Ari is not going to sit 100% EXACTLY like a four legger!  Yet Ari "placed" with four leggers and knocked out all the others!!

And Chayce proved that Championship mentality runs in the family!  You, and we, are soooo proud of his and Ari's accomplishments!  The bond you have forged with these two has to be  incredibly  rewarding for all💖

I love that Ari created a "fan club" from those there, as well as the Judge.  I guarantee  the conversations of those around, were not about the ones who she competed against, but rather..."Hey, did you see that three-legged dog?  She was amazing!"

Thnk you for all you did to make this happen for Ari and for rais awareness  of the capabilities  of a tripawd.👍

Jerry will co e a,o into help post the video.

Ari you are amazing! Here's a photo from the event for everypawdy to see what a rock star you are in the ring: 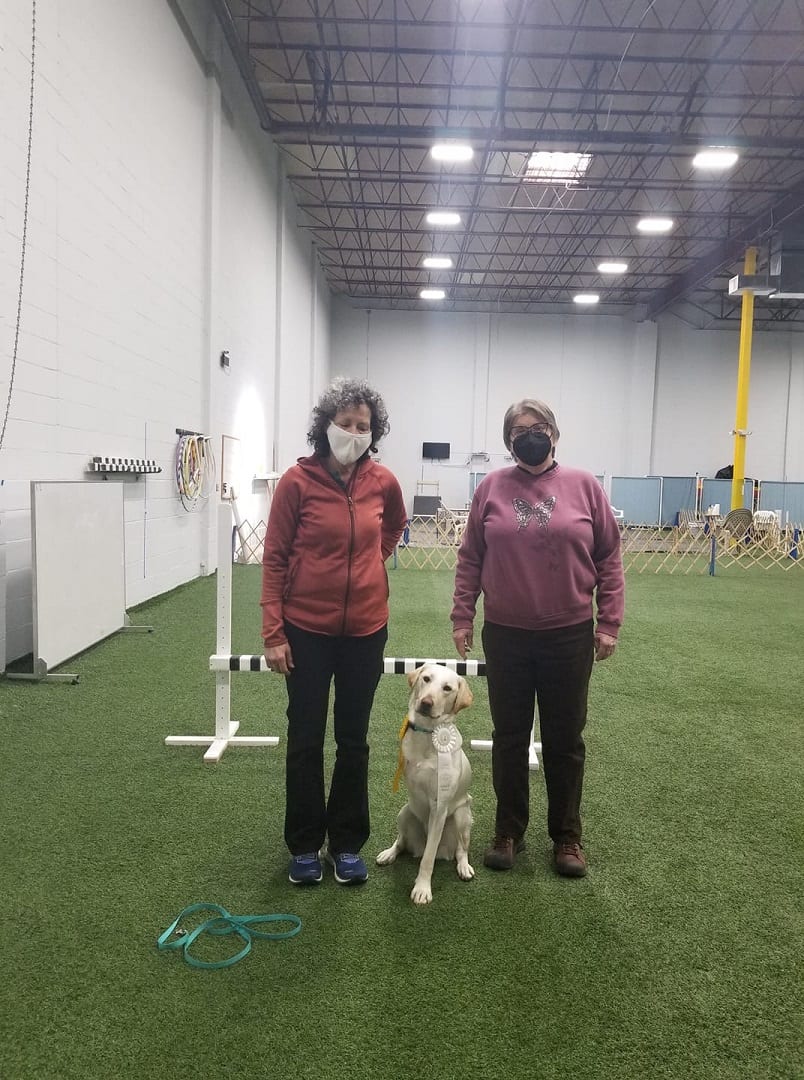 lol!!  thank you for posting the picture!  I'll figure it out one of these days!  heheheheh!

Here is Ari's second and third Virtual Beginner Novice Entry!   Evidently they are scoring very tough.  I lost a full point for giving Ari a STAY command BEFORE dropping my leash with the STAY/LEAVE exercise!  Phew!   So Ari has scored a 195 Course #1, 196 Course #2 and 198 Course #5!  YEA ARI! Ari has now earned her AKC Beginner Novice Obedience Title! I will be getting her Virtual Beginner Novice Title Certificate in 3-4 weeks!  When that Certificate arrives there will be a Congratulations Ari Party!!  I am so very proud of this little girl!  First 3 legged dog to earn an Obedience Title with the AKC!  WOW!  I'm still pinching myself!

I encourage all of you out there who have Tripawds who are willing and healthy to get your dogs out there, get some training and go for it!!  It's so much fun competing with Ari, a pup who I was advised by "friends" "put her down, you will be limited to what you can do with her!"  REALLY!!!  Did I think there would be any chance of competing with Ari....No.....not until I saw how athletic she was when she healed, saw how much she enjoyed working, training and playing with her Momma and big brother Chayce!  I gave her a try, saw the ability and willingness and went for it!

I would also encourage anyone looking to compete to get your dog examined by either your Vet or a Licensed PT!  Doesn't' hurt to know your dog can handle this type of work!  It will give you peace of mind!!!

Here are her second and third entries!

What a joy to watch her! That eager tail and the way she does everything so perfectly is so much fun to watch. Congratulations to you both! Even with the tough scoring you both managed to rock the course. We can't wait for the pawty pics!

I would also encourage anyone looking to compete to get your dog examined by either your Vet or a Licensed PT!  Doesn’t’ hurt to know your dog can handle this type of work!  It will give you peace of mind!!!

Absolutely! Thanks for remembering to say that.

And for anyone who doesn't know, the Tripawds Foundation can pay for your first rehab visit too!