Whatever is going on at Da Bear HQ?! (WITH PICS!)

Well, I’m very pleased, Ruby Roo, that you enjoyed your visit and that you approve of the salad bar. We did try and plant a nice range of leaves as we weren’t sure what your favourites were, and you wouldn’t want to travel that far for dinner and find it a disappointment.

Also, I did want to apologise, as when I let Elsie out early this morning, she charged down the garden, screaming with excitement. I thought she was after a pheasant or something. Had I known we had an eminent Georgian rabbit breakfasting in our lettuce patch, I would have stepped in and at the very least facilitated a respectful introduction. Apologies, Ruby. To be charged by the Pie is not an experience for the faint-hearted. (not that you are faint-hearted, of course. A bolder rabbit never swam the Atlantic). I must say, you were very respectful. I never noticed anything different at all. Only now, on seeing the article above, I went down to check, and could just make out the faintest trace of footprints in the compost and a few grains of sand from your swim.

I’ll look forward to hearing from Da Bear HQ that you have arrived safely home. Meanwhile, not a trace of the MegaStar.The mystery deepens, though I have a hunch that the Pie may know more than she’s letting on. I’m going to question her closely tomorrow. She’s a terrible liar. So watch this space.

Cannot wait to hear abput the release of everyoneat DaBear HQ, the rerurn hoe of RubyRoo AND the whereabouts of Escape Artist MegaStar!! 🙂

And Elsie Pie, you are an extraordinary WatchDog!!! 🙂

So I questioned Elsie regarding Meg’s whereabouts. VERY revealing.

Here’s a video of the interview, with subtitles as her American’s not great…

OMG … that was HILARIOUS!!!! I love her chatting!!! She makes some of the sounds Jasper makes … the little howl/yawn thingy…

and your accent!!! Oh how I am going to love that in May!

But seriously … that was the most fun thing i have seen all morning… thank you!!!

OMC BRILLIANT, BRIALLIANT PERFORMANCE !
I have to say I have had some great belly laughs on this post LAMO My belly hurts!
BRAVO for the interview just simply PRICELESS
Award Winning OSCAR for Elsie Pie and Mum interrogation🤣😂 I loved your girls before this.
Your Accent Clare is just lovely!

Just so you’ll know Elsie Pie, Merry Myrtle was in the background listening to your brutal interrogation! She was joining in WOOFING the whole time telling you to turn that Meg in!!!!! She broke the house rules and went on an unauthorized vacation!!! And worse yet, she took your pig ears!!!!

Myrtle was very distressed over this so she went shopping and is sending you some FRESH replacements! 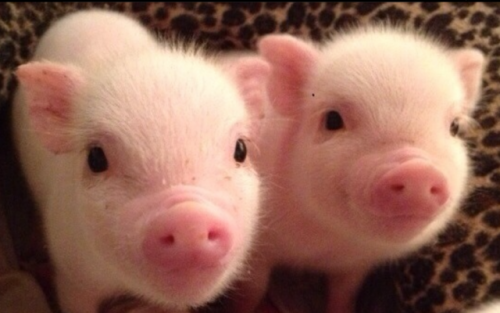 And just an afterthought Elsie. This picture just showed up on a hidden camera at the border (which border, I have no idea). You don’t suppose RubyRoo had something to do with this, do you? Is it possible Meg has been framed and she’s in danger??? 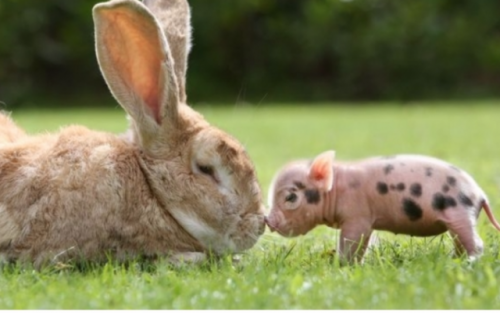 Oh Elise, you help up brilliantly under such intense questioning. So brave! (and OMD I haven’t laughed that hard in ages!)

But the reason for Meg’s trip? Why is she trekking to America? If she’s coming anyway, shouldn’t she stay for the Pawrty of the Century? Is she following Ruby Roo to exact vengeance? Free Charlie Bear and Emma Rose (the two most smoochable pups ever!)

Elsie has an admirer.  Gator was enraptured as I was watching her video.

POSTING FOR THE DABEAR HQ

RubyRoo has swam the Atlantic at record speed & is safe at home.

As for her unlocking the Dabears HQ?
We will update on the release of the DabearsHQ as the story unfolds.

We are hoping to hear that the Megastar has also returned home safely !

Glad RubyRoo is safe at home and got all the saltwater off her beautiful fur!

Aw, Linda. Thank you for your concern and apologies for not updating last night. I intended to, but we were all rather exhausted after a very long day…

You see, from dawn Miss Elsie had been sitting by the gate keeping a watch out for Meg. By mid-afternoon, she was getting more and more anxious, so I suggested we go to the beach and meet Meg there. But how do we know which beach she’ll swim into, Elsie asked, not unreasonably. I just know, I said firmly, trying to sound more confident than I felt.

To be honest, I’m not sure it was such a great idea, going to the beach. I thought it would calm Elsie down to be doing something active, but as time wore on, and no Meg appeared, she only got more worried. She stood right at the edge of the water, straining to make out anything that could be Meg. 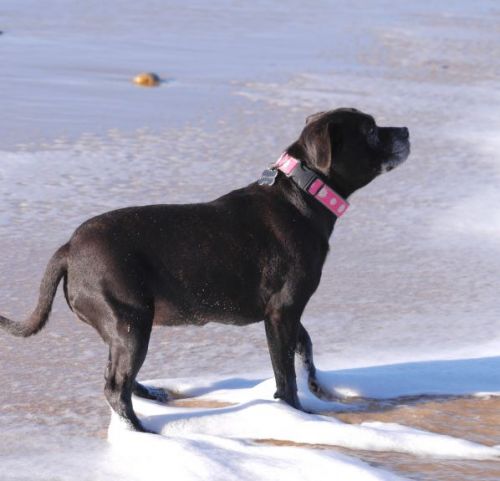 Is that her, she’d say, at the slightest movement on the smooth flat surface of the sea. And when it came closer and turned out to be just another curious seal, she was heartbroken all over again. 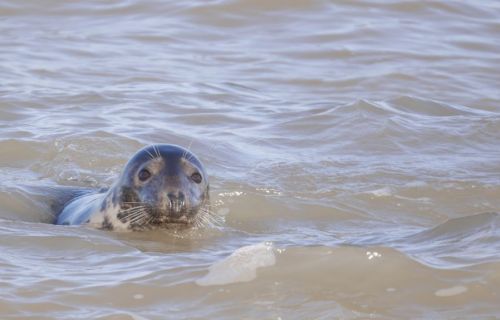 We even asked a seagull if he could have a look for us, and he did, he had a good hard look, but he couldn’t see anything either. 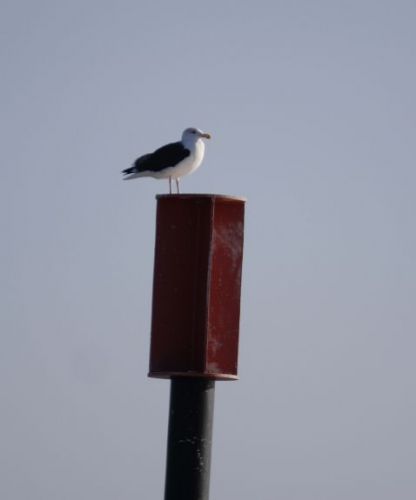 In the end, it grew dark, and Meg still hadn’t come. Elsie was inconsolable. We’re never going to see her again, she said. She’s gone and she’s never coming back. 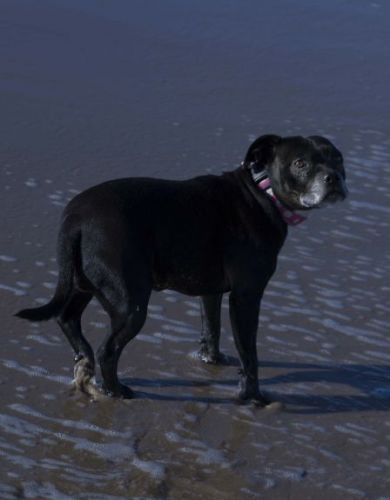 Then just at the moment, I saw something move. Something white moving over the crest of the wave. I didn’t say anything immediately, as I didn’t want to raise Elsie’s hopes only to have them dashed again. But as it grew closer, there was no mistaking the tips of two rabbits ears, moving above the waves. Else, I said, look! 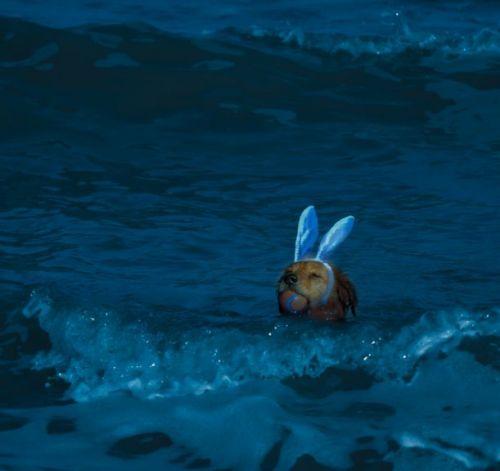 Well the first thing she did, when she emerged from the sea was shake a mixture of sand and saltwater all over me and Pie. Then all the way home, she talked non stop, regaling us with her adventures, and I didn’t believe the half of it, to be perfectly honest – she’s a whopping fibber – but even if five per cent was true, they were still pretty amazing. And what about Ruby Roo? I asked her. Oh, she said, like it was nothing at all, oh, she said, we’re fine. Me and Ruby Roo, she said, we’re like that. One soul, two bodies. We get each other. And apparently, they met somewhere mid Atlantic, and they climbed on a barrel for a rest, and that’s when they got chatting and they sorted everything out. 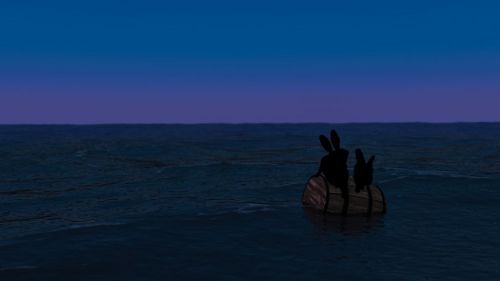 What about Da Bears? I said. Sorted, she said. All sorted.

Then, when we got home, Meg gave Else her pig’s ear, and Else forgave her instantly and Meg forgave Else for ratting on her, and harmony reigned once more.

Meg, I said, you must promise me, you will never do anything like that ever again. She didn’t reply. Promise me, I said. Then I saw she was already fast asleep, dreaming up fresh adventures for tomorrow. 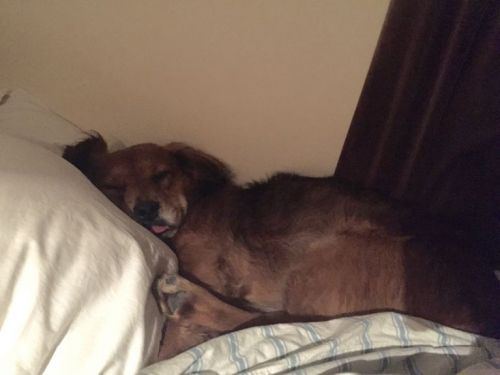 Phew!  Glad to hear Megastar made it home again and all is well in both corners again.  I do love happy endings!  This has been so much fun.  Being able to laugh here at times feeds the soul and is needed.  Thank you!

Okay, this is crazy……no…..I’m crazy!! I actually have tears rolling down my face because I’m so happy this has all turned out well!!! WOW!!! I ,along with Elsie Pie, was feeling uneasy about when we would see Meg again!!!!! Although I thoroughly enjoyed seeing the cute Seal!! Craaaaazy! Talk about being caught up in a good story!!!:-) 🙂 🙂 🙂 🙂

Thanks for the smiles and all the belly laughs! 🙂