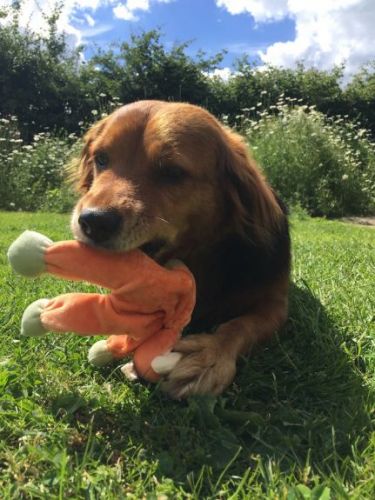 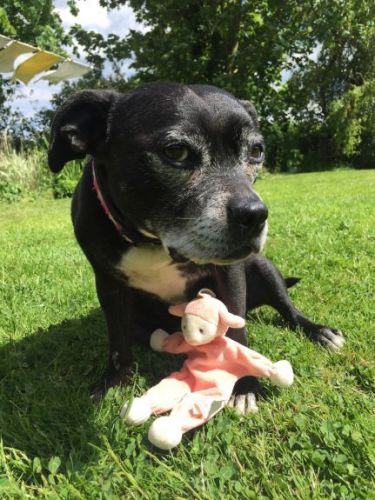 LOL here!  Love these two.  Elsie Pie I’ll work on it!  May have to win a small lottery first!  Maybe someday I’ll get to meet you two in person.  Enjoy your new cuddle friends and sending you both all my love.  You too Clare I miss you! It truly was a magical weekend!  And Meg and Elsie Pie you made my day!

OMD I think it just really hit me!  I just got my very own special video from Elsie Pie to treasure forever!  I’m her special Auntie!  It says so right on Facebook!  Me! Little ole me from Central WI!  I’m truly humbled and feel so special!!

OMG!!! How lucky is Auntie Linda?!? Her own special message from the one and the only Elsie Pie (and I presume Meg is camera shy today?). So adorable!!!

And how lucky were Meg and Elsie to get special toys from Auntie Linda since they couldn’t join at the party!

And yes!! Linda has her own special message from Elsie Pie!!! Linda is the envy of the entire community!!

And the little presents are so adorable!! 🙂

That is so awesome Linda.  Your own special message and thank you 🙂

She is so adorable Clare.  Miss you

I was told by Teri I must go back and read EVERYTHING in the “anything goes” thread, so here I am. Hahaha, and this is Hysterical!!! I played that and now I have 3 dogs in my house barking like mad…(Tanner, Milo and their friend Ty all in a chorus!).

That video is PRICELESS! hahahahaha

OMC Miss Elsie Pie another talking video, She is just one of kind Pie!

Elsie Pie & Meg got presents from the states. See girls I told you Mum would be bringing gifts home! How sweet of Auntie Linda!!

Elsie says a lot with her little eyes too OMC We can never get enough of these two girls!