I thought some of you might enjoy seeing Jack attending her first wedding (ours!). We had two ceremonies, one Indian and one traditional American – she was only invited to the first, but she did a great job of looking fancy and smiling for the camera (+not eating the photographer).

And here we are without her: we got up at 4:45 am to get ready to catch the best light at the monuments in DC. This is way before Jack’s alarm goes off in the morning, so she decided she was too tired to attend 😉 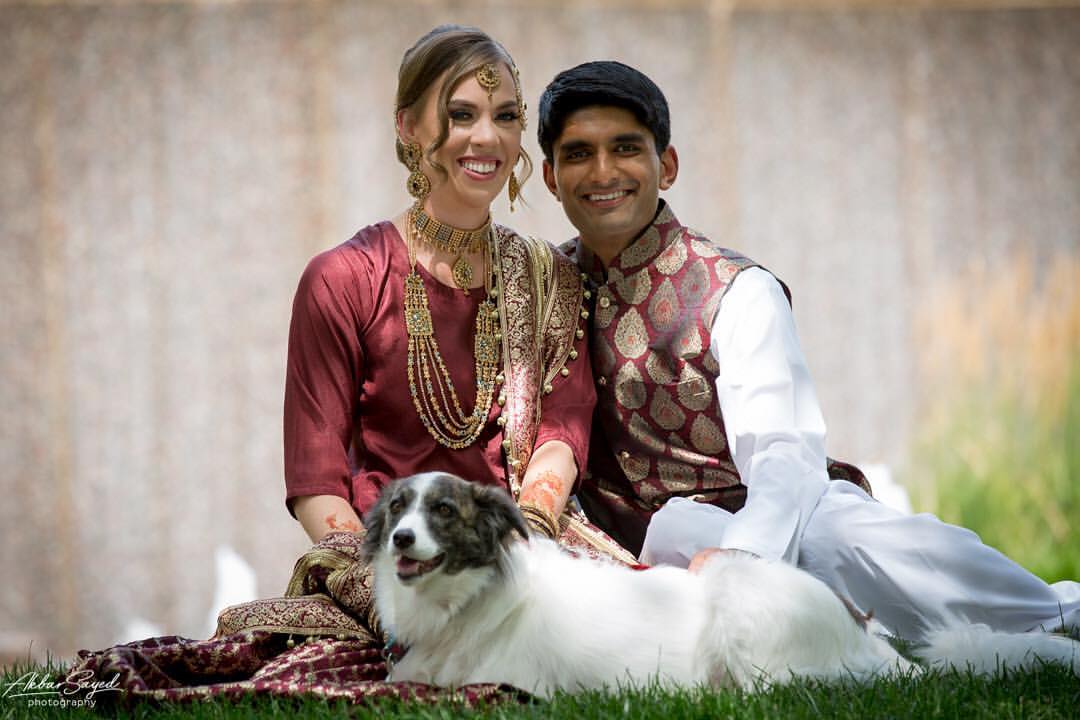 So wonderful that you honored both of your cultures, and included Jack