So a little blog told me today is Jim & Rene’s 20 year Anniversary.   I want to wish them all the happiness in the world and many many more years.    Thank you both for all you do here at Tripawds & Thank you for giving us part of your life to make this wonderful community.

Ditto Michelle!  What you guys have created here is truly magical!  Have the best Anniversary ever you two are made for each other!

Very Happy Anniversary!!!! What an amazing life and adventure you have had … you guys are a perfect pair for sure. A true inspiration! Thank you for all you do and for sharing you life with us 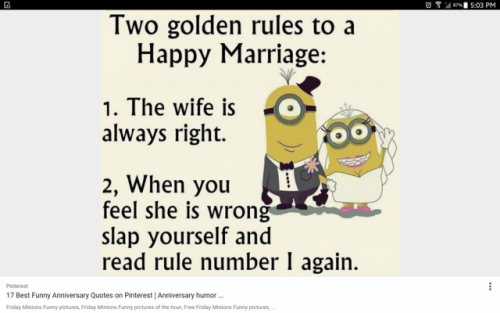 Oh you guys are too sweet, thank you very, very much. It’s all of you and this community that have enriched our marriage in so many ways. We are honored to have you along for the ride! xoxo

Who knew when you stood at the altar you were marrying TriPawds Nation?!? Without you there is no us. You have made a PROFOUND impact in the lives of so many, so often. If there were ever CNN Heros, you two are it! Plus, you two are simply amazing. Congratulations on your anniversary with many more to come. Best wishes and huge PyrPaws to you! Thank you for sharing your hearts and souls and allowing us to hop along for the ride!

Happy Hippy Hoppy Anniversary youse guys!! Here’s to many many more! Thank you for creating this amazing community and thank you for being such good friends. We LOVE youse guys!!!

Martha, Ralph, and the Oaktown Pack

I second and third everything above.  Thank you soooo much Jim and Rene for being so compassionate and unselfish to create this site for all of us.  I can’t begin to express the impact you and this site (and everyone on it) have had on my life – and I thank you sincerely for that.  Happy Anniversary!

Thank you for all the well wishes and kind words, but it is the support of members like y’all that make the Tripawds Community such the huge helpful resource it has become! Thank YOU!!!

Late to the party, but I want to wish you guys the hoppiest of anniversaries…it’s not work if you love what you do. Here’s to 20 more! Thanks for giving me a second family and saving my life.

Popping in to say Happy Anniversary to Jim and Rene, and ditto what everyone else has said 👍💜🐾😎🎉🎁🎈🎈🎈🍾🍾🍾

And Sally, as always you make me laugh 😂😂😂

Awwwwww you two! Thank you, that really, really made our day.

And Paula, you saved your own life, not us. Promise!