Happy Hannah has mastered the art of "leisurely exercising" in bed. lWhy exercise when you can lounge around and your mom let's you chew bones in the house on comfy blankies. 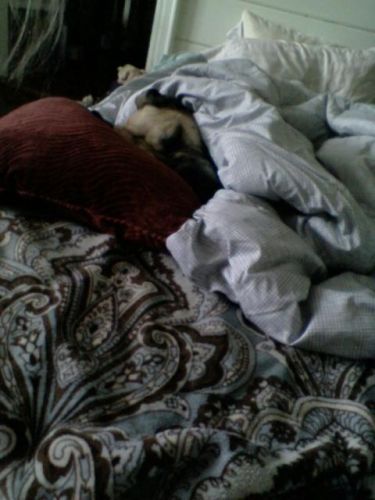 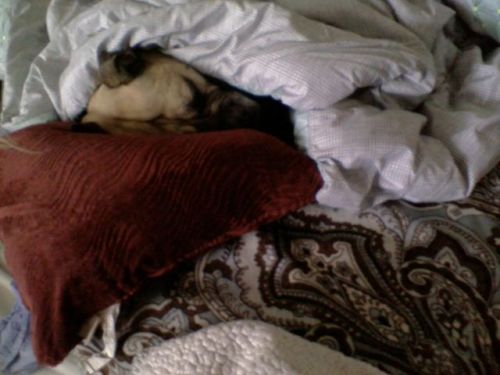 That's a great way to keep warm on a cold night...snacks and naps in mom's bed. Nice! Sleep well ladies!

Awwwwww.  She's so lovely!  Cuddle up - it's coooold out there!

Awww Hannah.  You are such a sweetie.  Cuddle up with mom & get lots & lots of hugs

Christine.... with Franklin in her heart♥

Ohhhh how delightful! I can't think of anything better in the world. Can we come snuggle with you?

ohhhh Hannah we wanna come and snuggle up with you!

Ooooh. Rosie wants in on snuggles!! Double the snoring!