ROSCO, Cutest Tripawd Ever, rockin' some video at the Virginia Tripawd Pawty!

This little Rosco truly has to be the cutest tripawd ever!

All the dogs were HUGE at the lawty compared to Rosco, and their size didn't faze him one bit! This dog KNEW he owned the "cuteness category" and no big dog could hold a candle to his "adoravleness". I think I saw a little smug grin flash across his mug as we all went ga-ga over him! 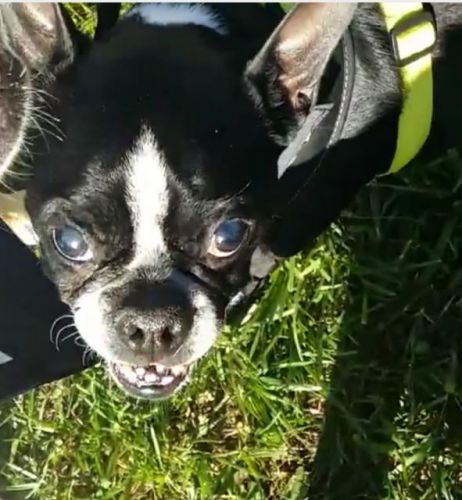 You're right Sally, Roscoe is adorable. And Merry Myrtle has a beautiful colour! Looks like it was fun for everyone.

Yes, thanks for sharing! RIP Roscoe...

AWWWWW, thank you thank you Sally!!! We don't have hardly any videos of him. He had the cutest little hop, and he was so content being with all of us

Awww what a sweetie.   Thank you for sharing this with us.  He sure got around really well.    RIP Roscoe.  Run free