Merry Myrtle, Frankie & "the hand"' bring you some smiles, some awws & eeww

Merry Myrtle happily, and somewhat oblivious, wearing her Santa Hat as she pulls up for her Starbucks Puppy Latte 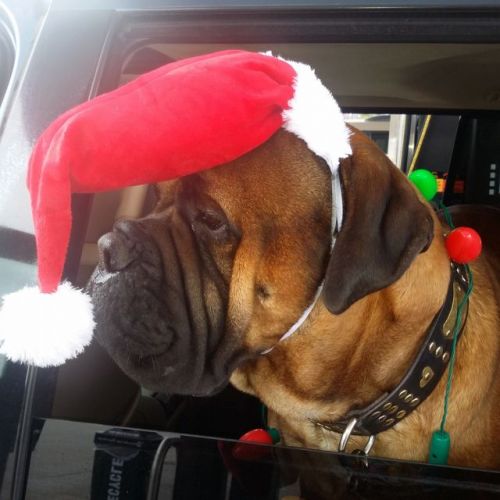 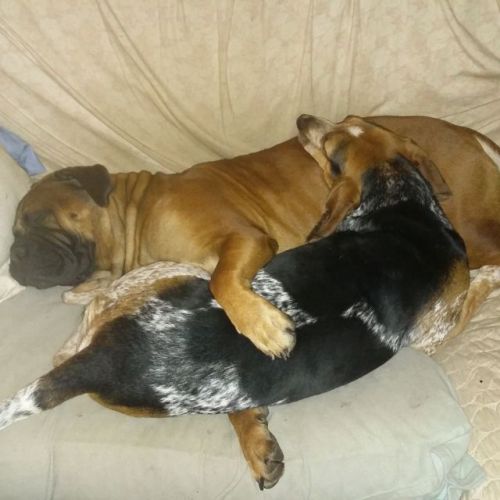 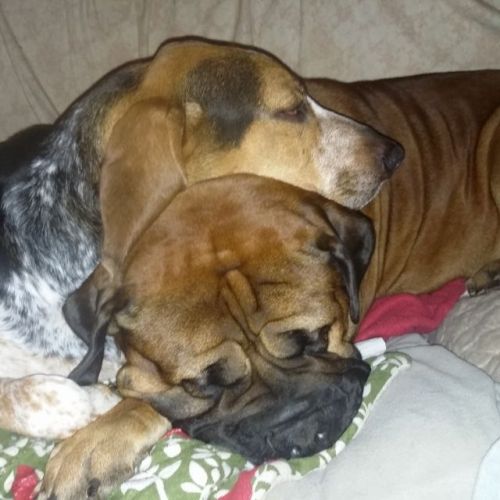 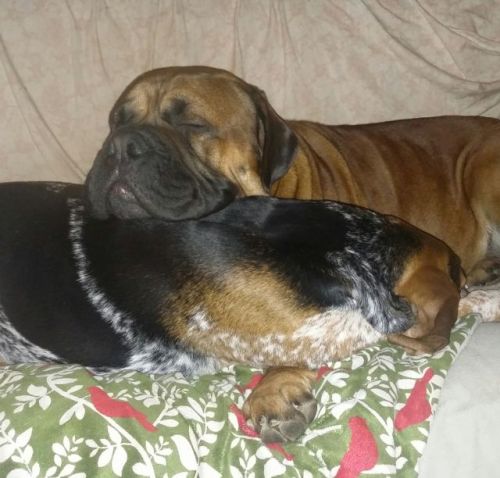 Awwww this totally made us smile, the perfect way to kick off Friday, thanks!

They are so cute!  I hope you gave a BIG tip to the Starbucks hand!

I so miss how Maggie and Tani used to sleep in a pile like Myrtle and Frankie do, brings a smile every time I see them!

I do love your dogs, Sally!

Thank you for making my friday!!!
alison with spirit shelby and little jasper too

Your pups are so cute. I wish my dogs would cuddle like that but if Hank even thinks about putting one paw on Blink she starts growling. She's a little uptight. Love MM's hat.

Okay, they are just too perfect together. I love how they have the same shade of brown. How did you plan that Sally or did you paint them? They obviously love each other.

I always say tripawds make good cuddlers because there's no extra leg to get in the way.

Lots of fun, thanks for sharing.

OMD! This makes my heart smile. Just wonderful. Merry Myrtle's expression, and the way they cuddle, and just the whole love of it. Fabulous! I want to come back as one of your dogs. End of.

Awe looks like those two have really bonded to each other.  Wonder if their "expeditions" together had anything to do with that?  Myrtle and Frankie always bring a smile to my face I just love those two!  Thanks for sharing with all of us Sally!

I love it.  I went and got a starbucks tea today and didn't get Snickers anything and she wasn't very happy.  I loved the video  and all the wonderful pictures.  🙂

Hugs to you and the fur kids

And they obviously love each other 💘

What a wonderful happy family 💘💘💘

Wish I could hug them in the flesh 💕💕💕

Thank you, each of you, so much for your fun and loving replies!!! I have so much fun reading them!

How on earth did I miss this thread??? This is just PERFECT! Those two would warm your heart on the coldest day. Love seeing them all gathered up in their own private "dogpile"

PS. Sally, I hooe you appreciate the perfection in the spelling of dogpile. I had to correct it FIVE times before it was spelled correctly.