My senior cat is undergoing amputation surgery in 2 days. In need of help and answers!

Good morning! Keeping you in my thoughts today also! We are here with you and we are all cheering Pablo on! Huck’s surgery was somewhere around an hour also, but his femur was already broken through and through so I would not be too worried even if it takes a bit longer. Will also be checking in as I am able. I don’t know how wild it will be at work today as we just had a bit of snow and temps will be dipping into the negative numbers here today. It will either be crazy busy or I will be twiddling my fingers 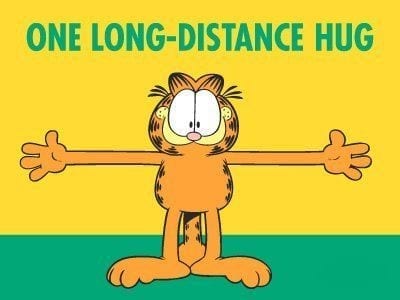 Thinking of you & Pablo

Hello and thank you both! We’re waiting for my vet to call with an update but since it’s after 1pm now that’s supposed to be a good sign.(my vet said he’d only call in the morning if the bloodwork came back saying my boy wouldn’t wake up after) so hopefully that means he got the okay to go. I’m nervous but I know he’s in good hands. Thank you both again for all the love and support it really means so much!

We were wondering too but figured the same no news is good news!
Today is terrifying try to keep busy listen to some music drown out some of the thinking and do not hesitate to call for an update. The staff will answer the call & they understand worried parents! Remember you are paying them and they have your boy!
We are waiting with you!
XOXO

Yes it’s a very nerve wracking day😅. Will do maybe I’ll do some water changes or help my nana with something(my nana always makes me feel better.She is like my mom her, my papa, and my dad raised me that’s probably why I like all my nana and papas music haha). You’re right I was thinking about calling or maybe just texting him to see how Pablo’s doing maybe I will:)

How do I lift/move Pablo without hurting him?(my dad won’t be able to because of his appendix surgery)

Scoop him gently with a towel and hold him close but not too tight. It helps to wrap a towel as you’re doing it, also gives him security. I try to tuck my arms around so that no limbs are hanging out to flail around.

I was terrified of the same thing! Take that worry off your list it was easier than I thought it would be:) The surgeon and a member here told me the same thing we won’t hurt them. I was sure I would.

Take that worry off your list it was easier than I thought it would be
Please call it will ease your concerns!!

The towel is a great idea! I didn’t see the post until I posted.

I didn’t with Purrkins but we all do things differently that’s not to say one way is right or wrong. We just share what worked for each us & us whatever works for you and Pablo.

Not exactly the waist I should have stated that better. Behind the front legs like waist if that makes sense.

Thank you both for the feedback, I’ll definitely try with the other cats:). I told my dad if the vet doesn’t call in 2hrs to text the vet on his cell (thank goodness for having the vets cell number haha) and see how my boy is doing, hopefully he eats and drinks after but I think he will, he’s always hungry!

I didn’t think Purrkins would have any issue eating but he refused. Purrkins did not do well in the hospital setting.

Pablo was eating in the hospital setting before surgery he should eat after surgery in the same setting. Also, remember depending on the meds it can mess with appetite. Purrkins ate for me at home no problem on meds. It all depends on the kitty. They are all different. No one size fits all in cats hehe:)

Oh yes, Holly… don’t we know it! I should have been more detailed about the under the front legs part but I was on my way out of work. I think the towel stops the good back leg for searching for a place to get stability. With Huck, I had to put it over all of him when I had to move him and scoop him up like a pillow lol.. but he was feral, scared, and that was big time trust for him. Eventually (even now) if I scoop him up he will bury his head in my armpit for security, lol. I can handle him no problem now.

It really is easier to do than you think it will be. I guess the most important part is making sure they feel secure and don’t start to flail about. I don’t think you will have any problems.

Like Holly said, the medications can make them gorky (I dunno if that’s a real word but it is the one I use lol) and it can mess with their appetite. I resorted to 4 different kinds of foods, treats, liquids with Huck who has a good appetite generally. Keeping them hydrated is most important. Canned food is good because it is generally about 80% water so if he is not drinking well but eating canned food then he will at least be getting some hydration that way. Low sodium chicken broth, tuna broth can also help.

I sent him with both wet and dry food. But if he doesn’t want that’s I have a few friends down there(my sisters best friend lives there) who I could probably send money to to grab some tuna:) thank you for the tips:)